You can ‘count on us’ for help on gas bills, Scholz tells German people 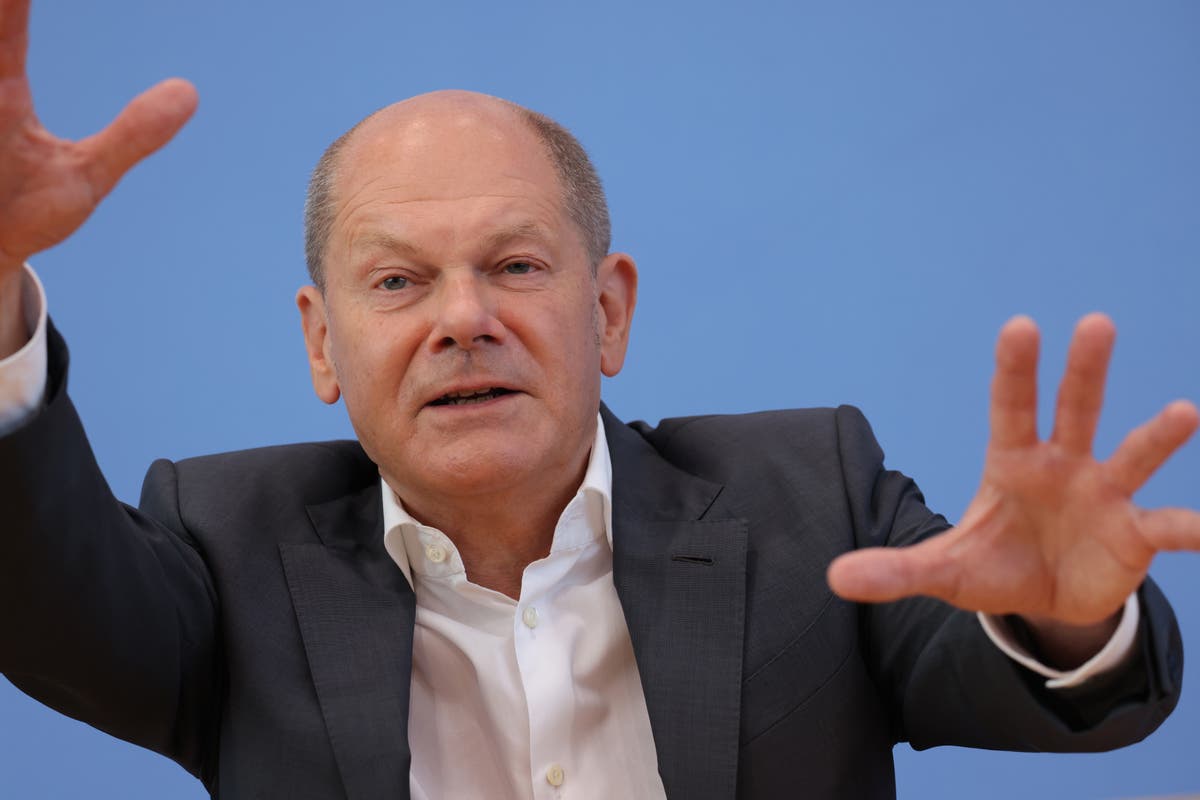 German Chancellor Olaf Scholz promised on Thursday that his government would not leave citizens to freeze or unable to pay surging energy bills in the coming months, as the country prepares for a winter dominated by fuel costs.

Russia’s war against Ukraine has put severe financial strain on millions in Germany, as Berlin was reliant on Moscow to meet its energy needs before the conflict began.

Some 55 per cent of gas consumed by Germany before the start of the war was imported from Moscow . Since the invasion, Berlin has scrambled to import energy from elsewhere, including negotiating deals with Norway and Gulf gas giant, Qatar.

Crucially though, many German homes are still reliant on Russian gas, meaning it could be a very long winter for ordinary citizens.

“We will do everything to help citizens get through this difficult time,” Scholz told reporters during his annual summer news conference in Berlin.

“Citizens can count on us not to abandon them.”

Asked whether he feared that frustration could boil over into violent protests, Scholz replied, “I don’t believe that there will be unrest… in this country.”

But the chancellor acknowledged there would be “many demands” during the winter as the country tries to reconcile energy shortages with long-standing plans to phase out nuclear power and fossil fuel use.

Berlin has given utility companies a green light to reactivate shuttered oil and coal power plants as part of efforts to reduce the nation’s dependence on Russian natural gas.

Scholz said the government is also considering extending the lifetime of the country’s three remaining nuclear plants beyond the end of the year, even as it takes steps to massively ramp up the generation of renewable energy in the short- and medium term.

“The most important thing we can do to achieve (energy) sovereignty in the future and simultaneously do what’s necessary for our economic future is to expand renewable energy and protect the climate,” he said.

Scholz appeared to acknowledge that Germany’s past reliance on Russian energy had been a mistake, and that the country should have diversified its supplies sooner.

He declined to say whether he personally regretted Germany’s continued purchase of Russian gas and whether it gave Berlin a heightened responsibility to support Ukraine in defending itself against Russia’s military assault.

Scholz also remained tight-lipped when asked about the role he played in a large-scale tax evasion scam when he was mayor of Hamburg.

Questions about meetings he had with private bank M.M. Warburg in 2016 and 2017 have dogged Scholz. Hamburg officials later dropped demands for the bank to repay millions of euros in tax refunds it had wrongly claimed for share trades.