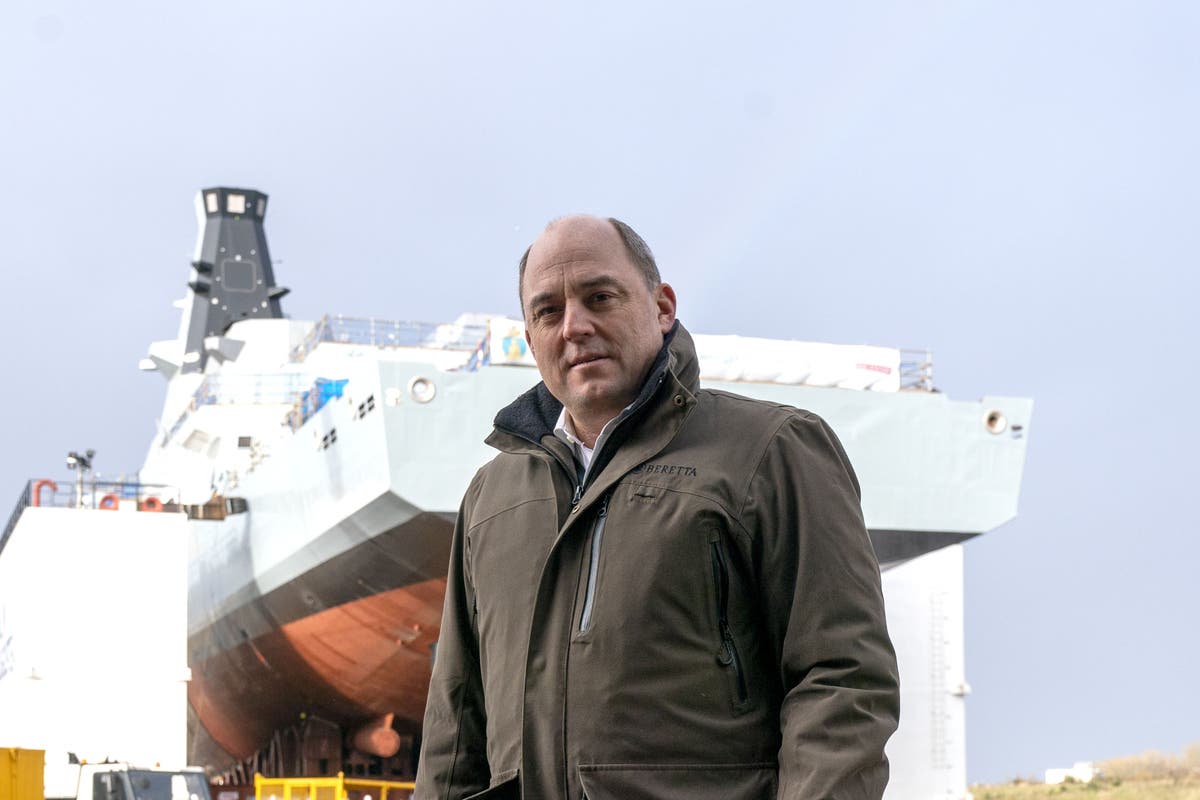 Defence Secretary Ben Wallace praised the “remarkable achievement” of shipbuilders as the new frigate HMS Glasgow was moved on to the Clyde for the first time.

The Type 26 frigate is structurally complete and it has been slowly rolled from the shipyard’s hard standing in Govan, Glasgow, on to a barge for transport down river.

The 149-metre warship will be taken to deeper water where the barge will be submerged, allowing HMS Glasgow to float for the first time.

It is expected to enter service with the Royal Navy around the middle of the decade as its systems and weapons are still to be installed.

The Defence Secretary visited the shipyard on Friday, where he saw the frigate being rolled on to the barge.

Mr Wallace said the first Type 26 ship was coming out of the shipyard late but not “catastrophically” so, saying he is confident HMS Glasgow and the other frigates will enter service in time.

He continued: “The one thing (Russian President Vladimir) Putin is going to have left after his illegal invasion is a navy and an air force.

“We’ve seen worries about critical national infrastructure, gas pipelines, internet cables. We need ships that are going to hunt those submarines or deter them, and that’s the role the ships are going to take.”

Russian submarines will “stay away” if they know a Type 26 frigate is in the water, he said.

HMS Glasgow currently has a displacement of 6,000 tonnes and will later have sonar, radar and weapons systems installed.

The second and third ships in the class, HMS Cardiff and HMS Belfast, are still under construction in Govan.

Nadia Savage, business operations director at the BAE Systems shipyard, said the journey on to the Clyde was the culmination of thousands of people’s work across the UK.

She told the PA news agency: “Today’s operation has been about getting her off the hard standing where she’s been under construction in a really safe and controlled manoeuvre and traversing her on to the barge ready for that first maiden voyage.”

Moving the ship on to the barge is a “big milestone for the programme”, she added.

‘Lady Chatterley’ adaptation tells a story of liberation — through clothes