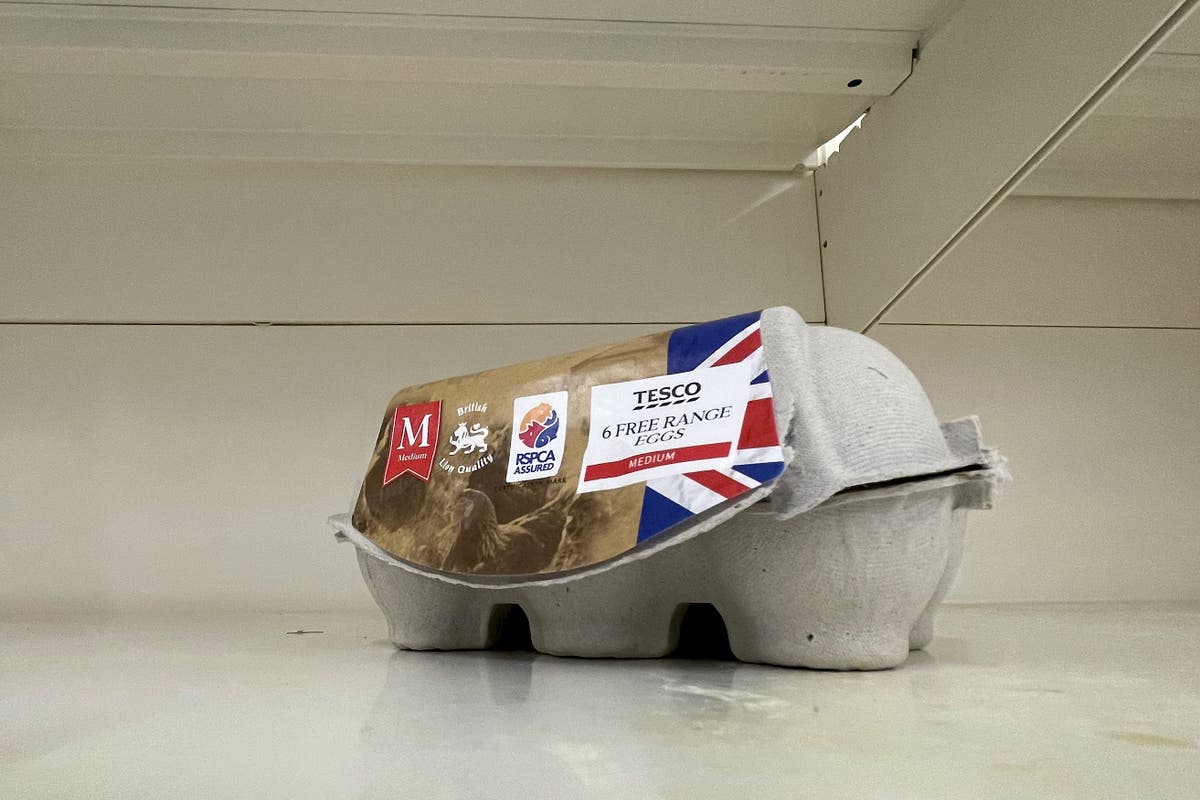 Waitrose has pledged a £2.6 million investment in its egg suppliers as it remains one of the few supermarkets not to impose purchase limits on customers.

Marks & Spencer and Morrisons are the latest grocers to join Tesco, Asda and Lidl in rationing the sale of boxes as the impacts of rising costs and bird flu continue to take their toll.

However Waitrose said it has no plans to introduce such limits, adding that it is confident it has “strong availability of British free-range eggs available for purchase both online and in our shops”.

Sainsbury’s and the Co-op have also not introduced any limits, with Co-op saying it is continuing to monitor the situation.

Waitrose said its £2.6 million investment will go directly to farmers to support them with soaring production costs such as energy and chicken feed.

Waitrose executive director James Bailey said: “Without our farmers, we can’t function as a business. We’ve cultivated longstanding relationships with our suppliers, and paying our farmers fairly and offering our customers free-range British eggs are commitments that we simply won’t sacrifice, even when the going gets tough.

“We continue to have a good supply of 100% British free-range eggs, which we believe in part is testament to these strong relationships and our commitment to our farmers.

“With shortages elsewhere in the market, we have seen a slight rise in demand but we’re working hard to ensure we continue to have quality, high welfare products on our shelves.”

Earlier this month, Asda and Lidl announced limits on egg purchases at some of their stores, followed by Tesco, M&S and Morrisons in the last few days.

The UK is facing its largest ever bout of bird flu, compounding existing shortages caused by producers cutting back on output or leaving the industry due to increased costs, with Russia’s invasion of Ukraine driving up farmers’ energy bills along with the cost of chicken feed, hens and packaging.

Demand for eggs is also up as consumers seek out cheaper sources of protein to offset soaring food bills.

M&S, which has been limiting customers to two boxes since Friday, said: “As an own-brand retailer, we benefit from direct and longstanding relationships with our trusted suppliers and have been working hard with them to maintain good availability of British, free-range eggs for our customers.

“We have provided additional support, including for animal feed, to help suppliers manage rising costs.

“While we have good supply of UK free-range eggs, given the recent spike in demand we are limiting eggs to a maximum of two packs per customer. This is to ensure fair availability for all customers and signage is now in store.”

A Morrisons spokeswoman said: “At the end of last week we saw an unprecedented demand for our eggs and are now introducing a two-pack cap. We would encourage customers to only buy what they need so that stock levels can return to normal as quickly as possible.

“All of the eggs we sell are British and the vast majority come from our own egg packing site in North Yorkshire.”

The National Farmers’ Union (NFU) has called for an “urgent investigation” into the egg supply chain disruption.

The NFU said the Department for Environment, Food and Rural Affairs (Defra) should look into whether a declaration should be made under the Agriculture Act 2020 to ensure “much-needed support” for egg producers.

The Government said the situation is being monitored but insisted the UK’s food supply chain is “resilient” and that no “significant impact” is expected overall.

Net migration to UK hits new record of half a million