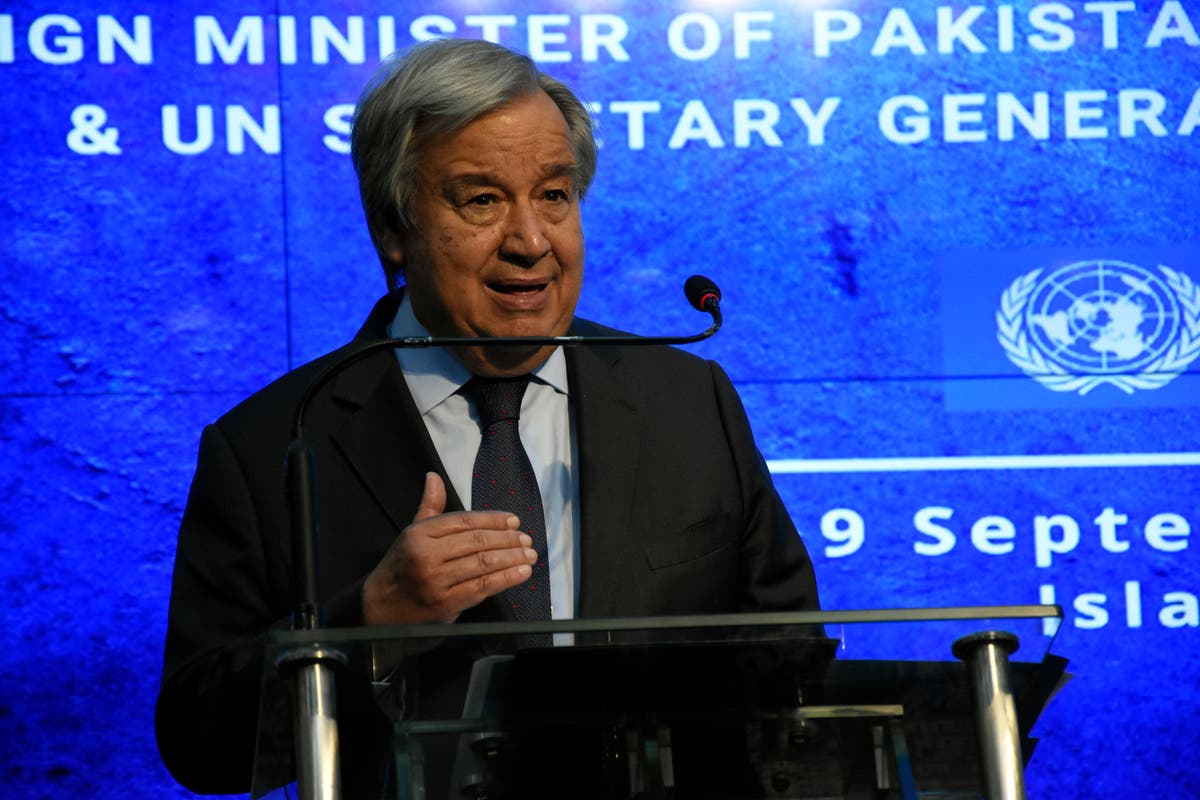 The U.N. chief said they also discussed security at Europe’s largest nuclear plant, where he said bombing has stopped for the past three days, and prisoners of war which he would like to see exchanged.

Guterres told a news conference that Putin said a fact-finding mission he appointed at the request of Russia and Ukraine to investigate killings at the Olenivka prison in a separatist region of eastern Ukraine on July 29 will be able to go there “through whatever way we choose, and that is a very important aspect.” The warring nations accuse each other of carrying out the attack in which separatist authorities and Russian officials said 53 Ukrainian prisoners of war were killed and 75 were wounded.

Guterres said the call to Putin was a follow-up to his meeting with Ukrainian President Volodymyr Zelenskyy in Lviv on Aug. 18, and regular calls to the head of Zelenskyy’s office, Andriy Yermak.

Putin is not attending next week’s annual gathering of world leaders at the U.N. General Assembly which Guterres said is taking place “at a time of great peril.”

“Our world is blighted by war, battered by climate chaos, scarred by hate, and shamed by poverty, hunger and inequality,” the secretary-general said.

The war in Ukraine is not only devastating the country but dragging down the global economy, Guterres said, and hopes for a peace deal are “minimal.” He added: “I would be lying if I would say that I hope that it will happen soon.”

Despite the July 22 deal to start shipping Ukrainian grain from Black Sea ports and get Russian food and fertilizers to global markets, Guterres said, “there is a risk of multiple famines this year.”

The secretary-general said high prices for fertilizer have already reduced the planting of food crops which is why it is critical to increase Russian exports of ammonia — a key ingredient of fertilizers — and why talks are taking place on the possibly of shipping through the Black Sea ports which are currently being used to ship grain from Ukraine.

U.N. trade chief Rebeca Grynspan, who leads the team trying to facilitate unimpeded global access to Russian food and fertilizer, told reporters Tuesday that Russia reported a 12% increase in food exports from June to July, but fertilizer exports are still down despite being covered by the agreement, with insurance, financing and shipping still issues.

Guterres said he discussed the “dramatic situation in fertilizers” and the obstacles to shipping ammonia from Russia with Putin.

“We are risking to have a fertilizer market crunch,” the U.N. chief said. ”We have news from different parts of the world that the areas cultivated are much smaller than in the previous cycle, which means that we risk in 2022 the real lack of food.”

“So to remove the obstacles that still exist in relation to the export of Russian fertilizers is absolutely essential at the present moment,” he said.

Grynspan, who heads the U.N. Conference on Trade and Development, said fertilizer is needed by October and November, the latest, for the northern hemisphere planting season.

On the issue of the Zaporizhzhia nuclear power plant in southeastern Ukraine, Europe’s largest, the head of the U.N. nuclear watchdog agency said Monday that he has started consultations with Ukraine and Russia on his call for a “nuclear safety and security protection zone” around the facility, and the two sides appear to be interested.

Rafael Grossi, the director-general of the International Atomic Energy Agency, said the two sides appear to be interested.

He made the proposal last week after leading a team of inspectors to the nuclear plant and leaving two of them there to monitor its safety. The plant has been occupied by Russian forces but operated by its Ukrainian employees since early in the war.

The Zaporizhzhia plant was reconnected to Ukraine’s electricity grid over the weekend, allowing engineers to shut down its last operational reactor in an attempt to avoid disaster as fighting raged in the area.

Guterres said according to his latest information, electricity is being provided to guarantee the cooling of the reactors and other needed electricity.

“We have been now three days without bombing,” he said. “I hope that these kind of attacks will cease, and I hope that the security of the nuclear power plant will be maintained entirely, at all costs, and fully respected by the parties.”

End of Covid-19 pandemic is in sight, WHO director-general says, ‘so let’s seize this opportunity’