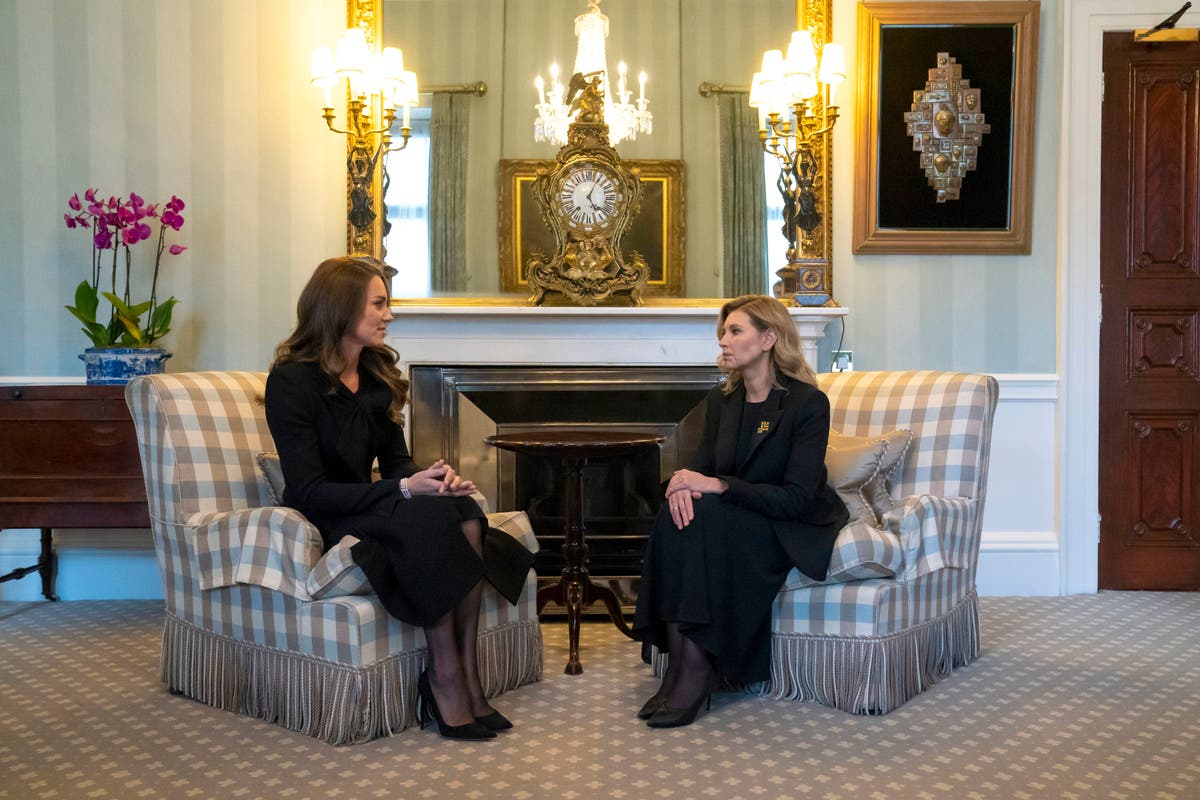 The Princess of Wales has welcomed the First Lady of Ukraine to Buckingham Palace ahead of the State Funeral of Queen Elizabeth II on Monday.

Kate held an audience with Olena Zelenska at the royal residence on Sunday afternoon, where they were pictured speaking.

Images capture the pair sitting side-by-side in front of a fireplace on gingham armchairs with purple orchids on display in the background.

No 10 had previously declined to confirm reports that the Ukrainian president’s wife would travel to the UK for the historic ceremony.

Ms Zelenska made the jouney to the UK after her husband, Volodymyr Zelensky, set time aside from leading his country against Russia’s war to sign a book of condolence for the late British monarch.

Responding the the visit of the top Ukrainian official, the UK’s ambassador to the war-torn eastern European nation said she was “deeply honoured” by the president’s gesture.

“Grateful to the president for taking the time to do this given all else that is happening in (Ukraine) at this time,” Melinda Simmons said.

The meeting of Kate and Ms Zelenska comes after Liz Truss’s earlier audience with the King in the Palace’s 1844 Room.

The prime minister has also continued informal talks with world leaders as hundreds of dignitaries descend on London for Monday’s funeral.