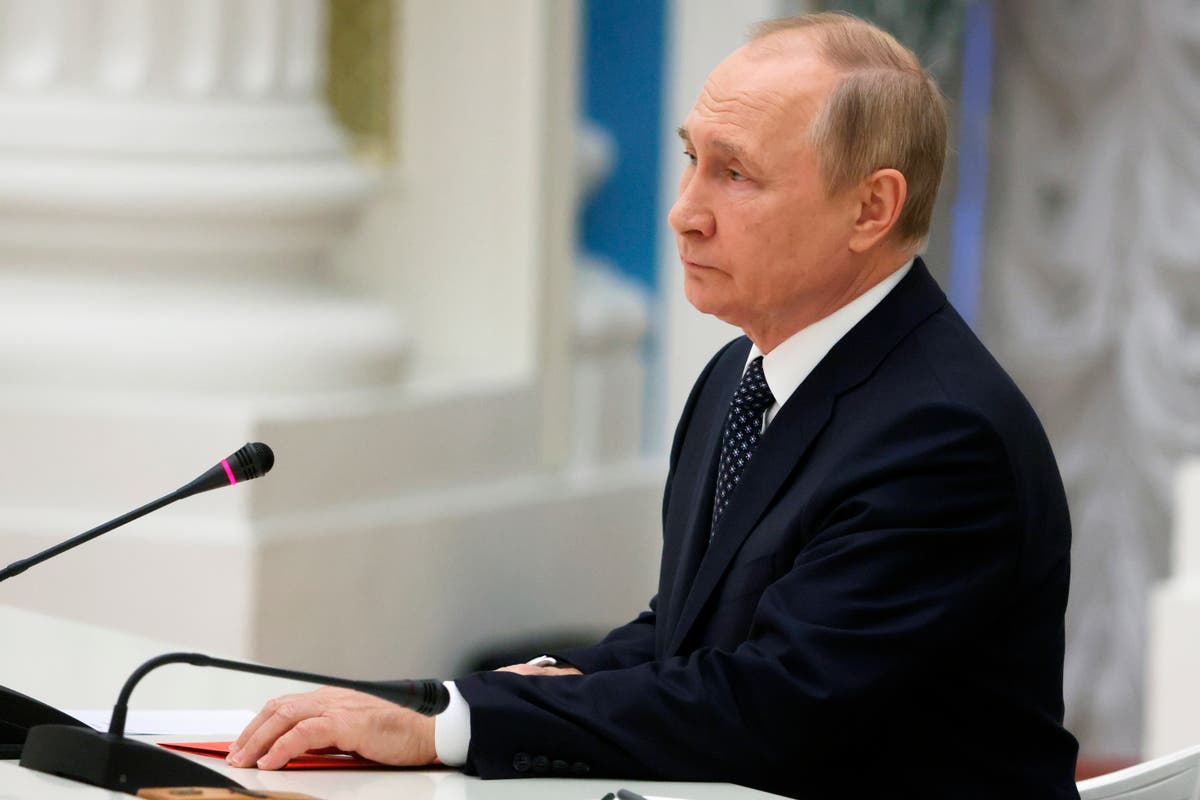 Russia caused a “real danger of a nuclear and radioactive catastrophe” by launching attacks in which all Ukraine’s nuclear reactors were disconnected from the power grid for the first time in 40 years, Kyiv’s nuclear energy chief said.

Petro Kotin, head of nuclear power company Energoatom, said in a statement on Thursday the vast nuclear power plant in the Zaporizhzhia region had been reconnected to the national power grid after Russian air strikes on Wednesday, and that the backup diesel generators at the site had been turned off.

It comes as repeated missile barrages against power infrastructure across Ukraine over the last few weeks have forced millions of people to go without light, water or heating for hours or days at a time, just as outdoor temperatures fall below freezing.

Kremlin spokesman Dmitry Peskovsaid “there have been no strikes on ‘social’ targets and there are none – special attention is paid to this”.“As for targets that are directly or indirectly related to military potential, they are accordingly subject to strikes,” he said.

We are pausing our live updates on the Russian war in Ukraine for now. Join us again tomorrow for all the latest.

Russia’s parliament has today passed a law that bans promoting “LGBT+ propaganda” to people of all ages.

The third and final reading of the law expands an existing ban which previously applied to children only.

‘This is a war about strength, about resilience,’ says Zelensky

Ukrainian president Volodymyr Zelensky has characterised the war with Russia as one of “strength and resilience”.

It comes as repeated missile barrages against power infrastructure across Ukraine over the last few weeks have forced millions of people to go without light, water or heating for hours or days at a time, just as outdoor temperatures fall below freezing.

Mr Zelensky told the FT: ‘It was the kind of incident that hasn’t happened for I don’t know how many years, maybe 80, 90 years: a country on the European continent where there was totally no light.

‘The state superbly fought back. Energy workers, the state emergencies’ ministry, deminers, everyone worked to fix and restore power and provide at least a bit of water.

‘This is a war about strength, about resilience, it is about who stands stronger.’

Zelensky insists Ukraine must recapture ‘all lands’ from Russian occupation

In an interview with the Financial Times, Mr Zelensky said: “We must return all lands . . . because I believe that the battlefield is the way when there is no diplomacy.

“If you can’t get your land back entirely, the war is simply frozen. It’s a question of time before it resumes.”

Why did Russia invade Ukraine?

A nude effigy of Russian president Vladimir Putin perched on top of an ornate golden toilet has been put up for auction by a group of Czech activists who plan to use the proceeds from the sale to buy and send a combat drone to Ukraine’s forces.

Read our report in full here:

Berlin has made it clear that the Patriot air defence units it offered to Poland are intended for use on Nato territory, countering demands by Warsaw for the system to be sent to Ukraine.

“These Patriots are part of Nato’s integrated air defence, meaning they are intended to be deployed on Nato territory,” German Defence Minister Christine Lambrecht said in Berlin.

“Any use outside Nato territory would require prior discussions with Nato and the allies,” she added.

Hungary has delayed ratifying Finland and Sweden’s bid for Nato membership – but Prime Minister Viktor Orban said it would be approved early next year.

Orban told a briefing after a meeting of the Visegrad Group in Slovakia that his government had already decided that Hungary would support Finland’s and Sweden’s NATO accession and parliament would set this item on its agenda at its first session next year.

“Hungary will surely give its backing to their accession, after the government had done, also parliament will do so,” Orban said. Parliament normally reconvenes around mid-February.