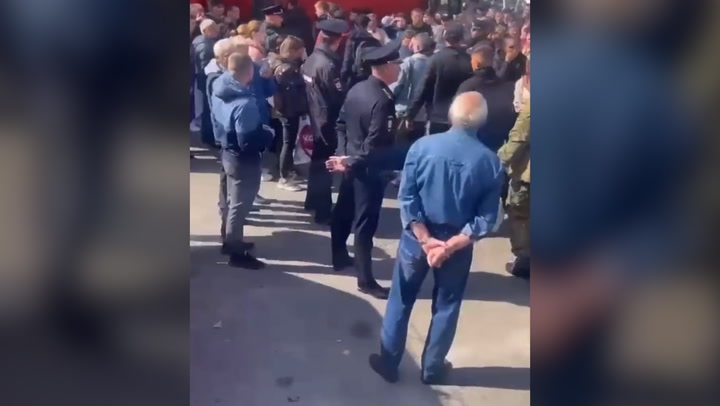 A child was heard calling out for their “papa” as Russian men board buses amid Vladimir Putin’s mobilisation of reserve forces.

Undated footage circulated on Telegram and shared by BBC News does not show the child in the video, but the crying can be heard as men board the vehicles in Belgorod region’s Staryi Oskol city, according to the broadcaster.

Earlier this week, Mr Putin announced the partial mobilisation of military forces in what was seen as a dramatic escalation of Russia’s war in Ukraine.