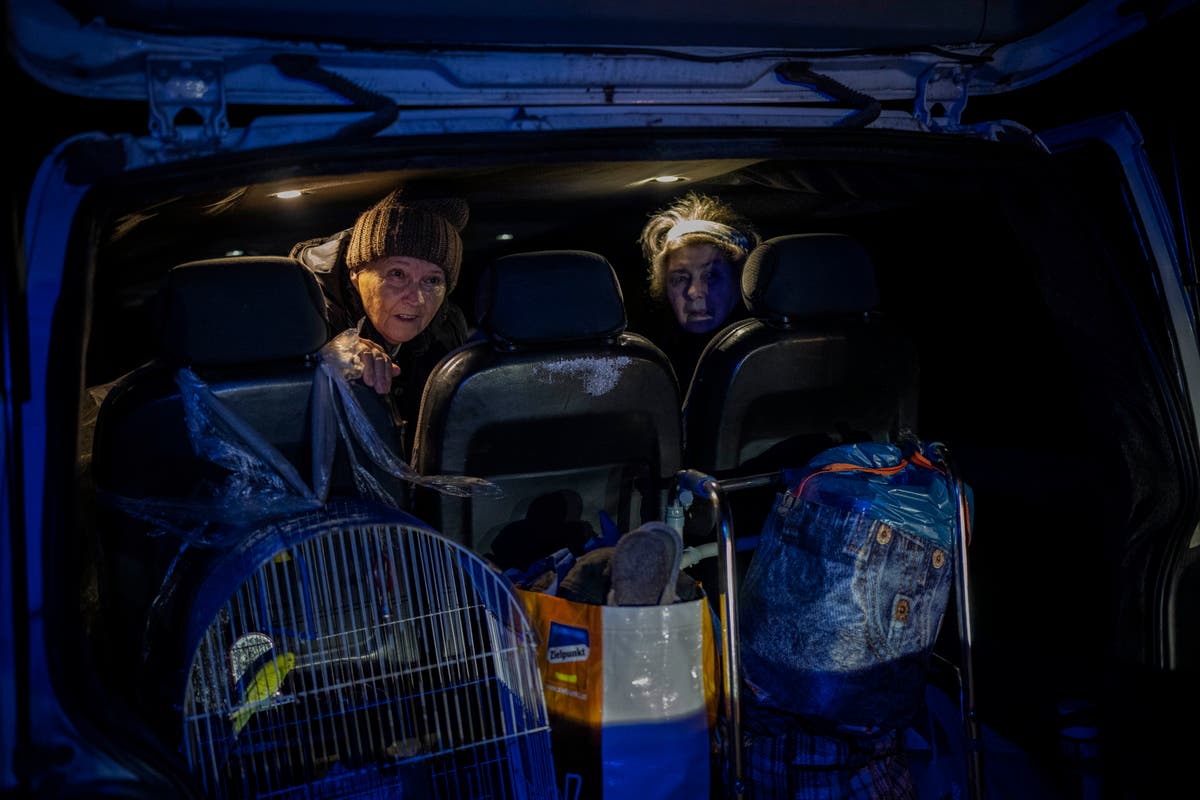 Ukraine prepared for more Russian strikes on Monday and warned of the possibility for a new round of evacuations from the capital during a relative lull from the airstrikes on energy facilities and other key infrastructure in recent weeks.

In the West, meanwhile, preparations were stepped up to boost humanitarian aid to Ukraine so that the population can enjoy some warmth during their coldest months of need and keep the resolve of the nation as high as possible.

Ukrainian President Volodymyr Zelenskyy warned that Russian troops “are preparing new strikes and as long as they have missiles, they won’t stop.”

“The upcoming week can be as hard as the one that passed,” he said.

In the capital, Kyiv, Mayor Vitali Klitschko said that part of the city’s 3 million people might well have to be evacuated to places where essential services would be less prone to shutdowns caused by missile attacks.

Russia has pounded energy facilities around Kyiv with a barrage of missile strikes, resulting in power outages and halts in water supplies to the city.

And with temperatures hovering around freezing, and expected to dip as low as minus 11C (12 Fahrenheit) in little more than a week, international help was increasingly focused on items like generators and autotransformers, to make sure blackouts that affect everything from kitchens to operating rooms are as limited and short as possible.

Russian President Vladimir Putin “continues trying to make Ukraine a black hole — no light, no electricity, no heating to put the Ukrainians into the darkness and the cold,” said European foreign policy chief Josep Borrell. “So we have to continue our support providing more material for the Ukrainians to face the winter without electricity.”

Borrell was leading a meeting of EU ministers that would specifically “look at the Ukrainian war from the point of view of a humanitarian crisis.”

Over the next three days NATO top officials and foreign ministers will be gathering in Bucharest, Romania, where such humanitarian aspects will also be assessed.

Ukraine’s energy provider Ukrenergo said Monday that it is still short 27% of output after Russian strikes on energy infrastructure. “The scale and complexity of the damage are high, and repair works have continued around the clock,” the company said in a statement.

Power supply was restored to 17% of residents in the southern city of Kherson, which Ukraine reclaimed earlier this month. The Russians have continued pounding the city with artillery barrages.

Ukraine’s presidential office said Monday that at least four civilians were killed and 11 others wounded in the latest Russian attacks. It said intense fighting is continuing along the front line in the east, with the Russians shelling Bakhmut and Toretsk at the epicenter of the fighting.

“People are sheltering in the basements, many of which are filled by water,” said Donetsk Gov. Pavlo Kyrylenko. “They have been living in catastrophic conditions without power or heating.”