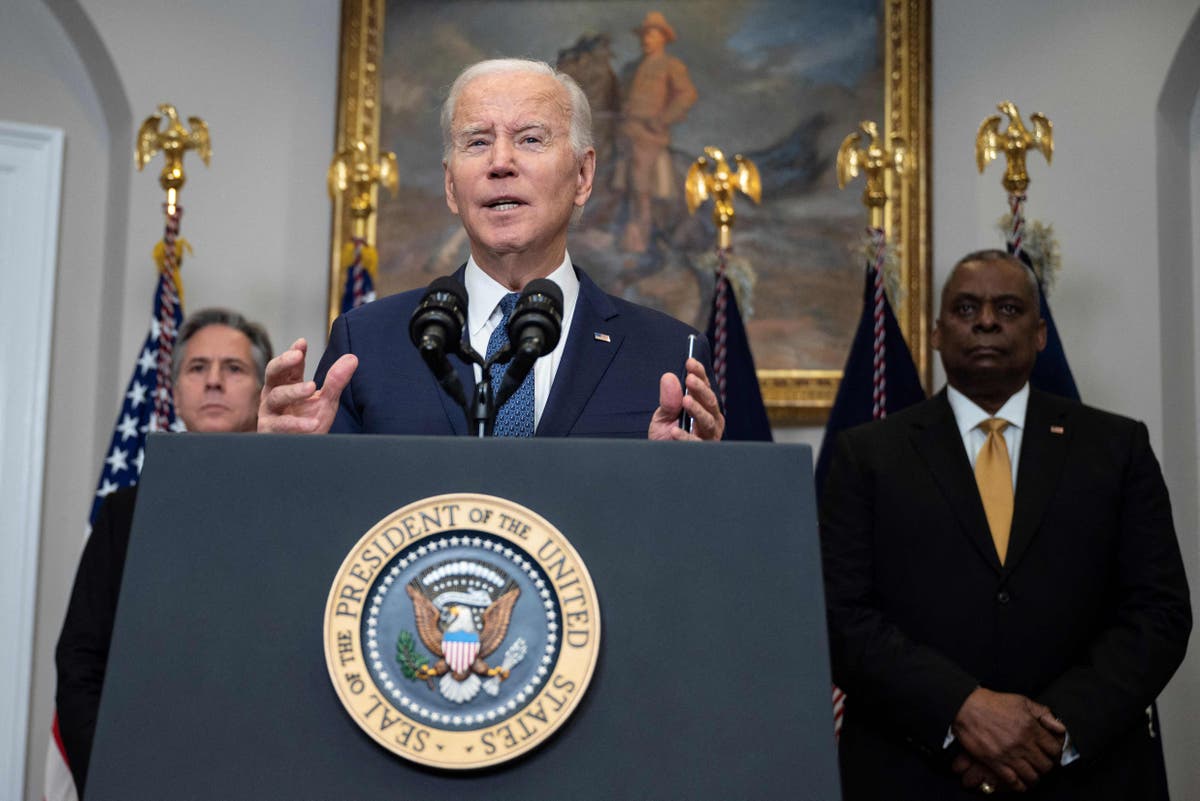 The US will send 31 M1 Abrams battle tanks to Ukraine and Germany will send its own Leopard 2s – after weeks of persistent calls from Kyiv for the weaponry to help it fight off Russia’s invasion.

President Joe Biden said that the battle tanks pose “no offensive threat”, as Russia denounced the decisions as an “extremely dangerous” step, while Ukrainian president Volodymyr Zelensky hailed the move.

Urging allied to provide large quantities of tanks quickly, he said: “The key now is speed and volumes. Speed in training our forces, speed in supplying tanks to Ukraine. The numbers in tank support.”

Ukraine has been seeking hundreds of modern tanks to reclaim occupied territory in the south and east with the two warring countries have been relying primarily on Soviet-era T-72 tanks.

Russian president Vladimir Putin’s spokesman Dmitry Peskov has said any Abrams shipments would be a waste of money as they “burn” like other tanks.

“It overestimates the potential it will add to the Ukrainian army. These tanks burn just like all the others,” Mr Peskov told reporters

The United States will provide 31 new M1 Abrams Main Battle Tanks to the Armed Forces of Ukraine as part of America’s efforts to help bolster Ukraine’s defence against the nearly year-old war being waged by Russia, multiple Biden administration officials have said.

The 31 tanks will be accompanied by eight M88 recovery vehicles — heavily armoured tow trucks used to rescue tanks that have been disabled or damaged in battle — and will be enough to equip an entire Ukrainian tank battalion with the American-made beasts, which first gained worldwide recognition for their firepower and armour capability during engagements with Iraqi forces during Operation Desert Storm in 1991.

Read this report from my colleague Andrew Feinberg to find out more about President Joe Biden’s commitments to Ukraine:

President Volodymyr Zelensky has urged a senior UN official to help find a way to resolve what Ukrainian authorities decry as a serious consequence of 11 months of war – the deportation to Russia of thousands of adults and children.

Ukraine has for months denounced reports of mass deportations to Russia, often to remote regions thousands of kilometres from Ukraine. Russia denies any suggestion of mistreatment or criminal intent, describing the mass movements as evacuations.

“The discussion focused above all on our people that the occupiers have deported to Russia,” Mr Zelensky said in his nightly video address, referring to talks with UN High Commissioner for Refugees Filippo Grandi earlier yesterday.

President Joe Biden said Abrams tanks pose “no offensive threat” to Russia as he announced plans to supply them to Ukraine.

He said that they were needed to help the Ukrainians “improve their ability to manoeuvre in open terrain”, a decision that Russia denounced as an “extremely dangerous” step.

“The key now is speed and volumes. Speed in training our forces, speed in supplying tanks to Ukraine. The numbers in tank support,” he said in a nightly video address yesterday. “We have to form such a ‘tank fist’, such a ‘fist of freedom’.”

Ukraine has been seeking hundreds of modern tanks to give its troops the firepower to break Russian defensive lines and reclaim occupied territory in the south and east. Ukraine and Russia have been relying primarily on Soviet-era T-72 tanks.

The promise of tanks comes as both Ukraine and Russia are expected to launch new offensives in the war and as fighting has intensified in Bakhmut in Ukraine’s east, officials said.

Five top regional prosecutors were dismissed from their jobs on Wednesday, a day after president Volodymyr Zelensky launched Ukraine‘s largest political shakeup of the war.

The officials, who were the most senior prosecutors in their respective regions, were dismissed “voluntarily” by prosecutor general Andriy Kostin, his office said in a brief statement.

“Andriy Kostin signed orders on voluntary dismissal from administrative positions of the heads of the Zaporizhzhia, Kirovohrad, Poltava, Sumy and Chernihiv regional prosecutors’ offices,” it said on its website.

Over a dozen senior officials, including one of the prosecutor general’s deputies, were removed from their posts on Tuesday in what analysts said was a reaction to recent corruption and abuse of office scandals.

“German-made tanks will face off against Russian tanks in Ukraine once more,” he said, adding that this was “not an easy thought” for Germany, which takes seriously its responsibility for the horrors of World War II.

“And yet it is the right decision,” Brose said, arguing that it was up to Western democracies to help Ukraine stop Russia’s military campaign.

A Russian warship has conducted a simulated hypersonic missile strike on a mock enemy ship in the Atlantic Ocean.

The Admiral Gorshkov frigate ran a “computer simulation” for the Zircon missile that Moscow said had “hit” a target around 500 miles away.

The Russian defence ministry said: “In accordance with the training situation, the frigate practised arranging [a] Tsirkon hypersonic missile strike against a maritime target at a distance over 900 kilometres away.

Read our report in full here:

The head of the Russian-controlled part of Ukraine‘s Donetsk region claims that units of the Wagner contract militia are advancing in the town of Bakhmut.

“The enemy is increasing pressure on the Bakhmut and Vuhledar areas,” Ukraine‘s Deputy Defence Minister, Hanna Maliar, said on the Telegram messaging app.

Russia, she said, was throwing a significant number of personnel and equipment into battle despite heavy losses.

“The intensity of the fighting is increasing.”

The key to providing tanks for Ukraine‘s defence against Russia was speed and sufficient numbers, president Volodymyr Zelensky said on Wednesday.

In his nightly video address, Mr Zelensky also said he had spoken to Nato secretary-general Jens Stoltenberg and called for supplies of long-range missiles and aircraft to add to the commitments by the United States and Germany to provide advanced battle tanks.

“The key now is speed and volumes. Speed in training our forces, speed in supplying tanks to Ukraine. The numbers in tank support,” Zelensky said.

“We must form such a tank force, such a freedom force that after it strikes, tyranny will never again rise up.”

The White House says it may take many months for the powerful US tanks that president Joe Biden agreed to send to Ukraine to reach their destination.

Ukraine needs to be ready for when the weather improves and a Russian offensive picks up speed, said White House national security council spokesperson John Kirby.

He said that Washington has to be prepared to support Ukraine for as long as it takes and that there is no indication that Russian leader Vladimir Putin has designs on striking Nato territory.