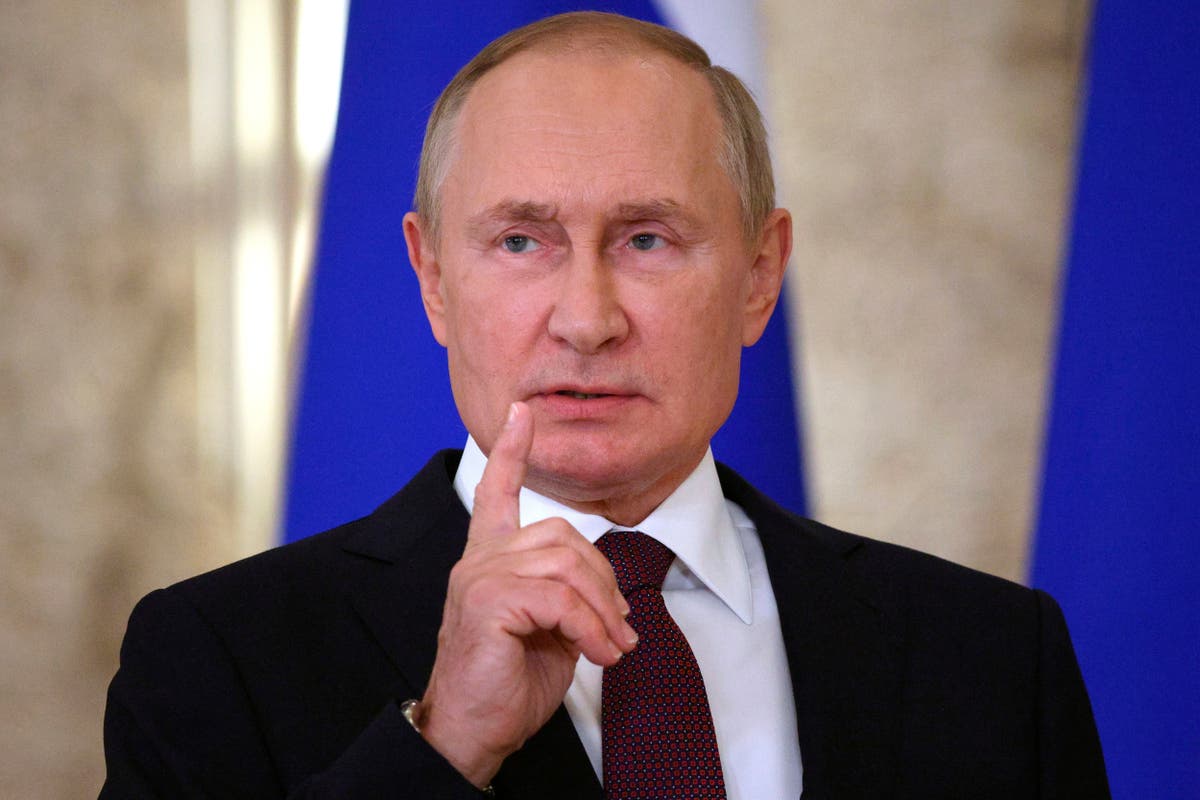 Russian president Vladimir Putin warned on Friday that Ukraine risks provoking “more serious” action from Moscow with its sweeping counteroffensive, claiming t hat “we so far have responded with restraint”.

Mr Putin vowed to press on with his “special military operation” in Ukraine during his address to reporters after attending the a meeting of Asian world leaders, the Shanghai Cooperation Organisation, in Uzbekistan.

He said the “liberation” of Ukraine‘s entire eastern Donbas region remained Russia’s main military goal and that he has no intention of giving up the fight.

It came as Indian prime minister Narendra Modi offered a public rebuke to Mr Modi for the first time and the Russian leader admitted there were also concerns about the situation in Beijing.

“We aren’t in a rush,” Mr Putin said, as some pro-Kremlin politicians and military bloggers have urged Moscow to order a broad mobilisation to beef up the ranks while lamenting Russia’s manpower shortage.

He accused Ukraine of striking civilian infrastructure in Russia and said it attacked “near our nuclear facilities, nuclear power plants”.

“If the situation develops this way, our response will be more serious,” Mr Putin said.

Truss set to meet world leaders ahead of Queen’s funeral

Queen’s funeral: Inside the biggest policing operation Britain has ever seen