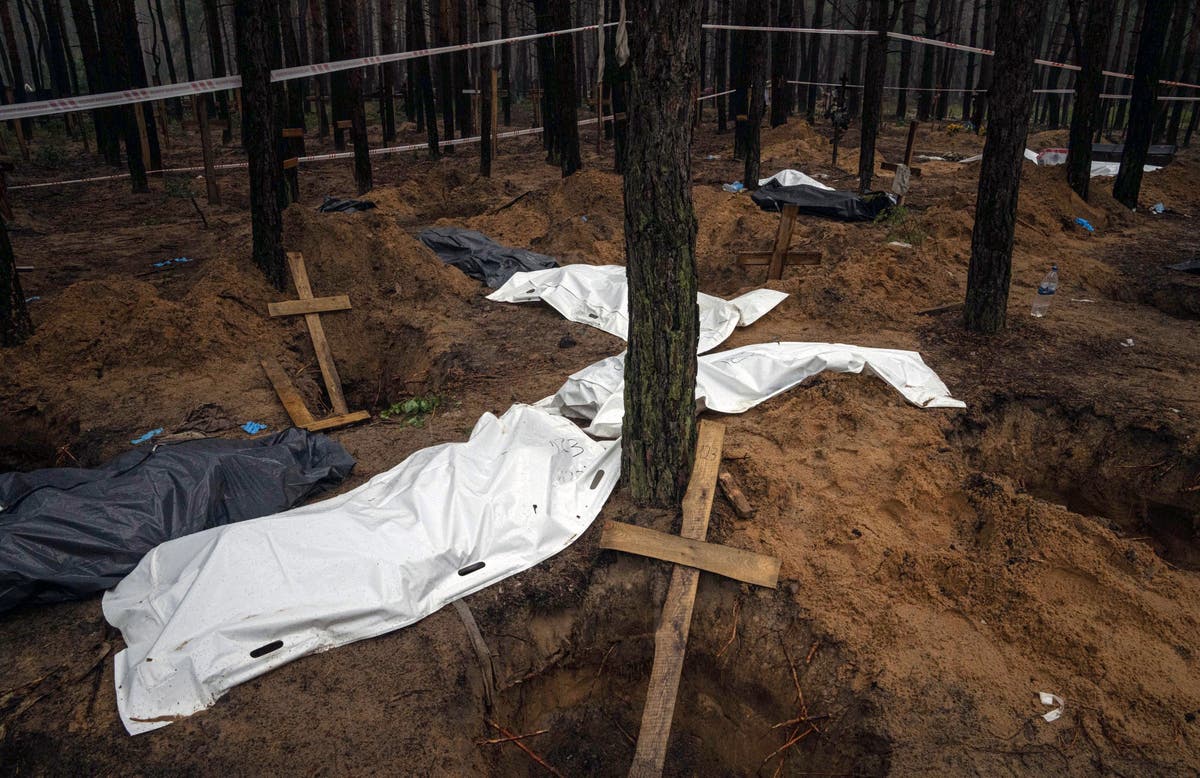 Ukraine says it has dug out 436 bodies from a mass burial site in the Kharkiv region, which was occupied by Russian forces before Ukrainian counteroffensive this month, with 30 bodies containing visible signs of torture.

It is the latest report by Ukrainian authorities accusing Russia of torture and war crimes since the start of the war in February.

Izyum, invaded in April, was used by Russia as a key military hub to supply its forces from the east. Hundreds of Ukrainian workers have been digging bodies out and finding grave sites in the region in the last one week.

Several other mass grave sites have reportedly shown people buried with rope in their necks and visible injuries while hundreds have been killed in air strikes.

A team of experts commissioned by the United Nations Human Rights Committee (UNHRC) also presented its evidence on Friday of war crimes including beatings, electric shocks and forced nudity in Russian detention facilities, as well as executions in the regions of Kyiv, Chernihiv, Kharkiv and Sumy.

“Based on the evidence gathered by the Commission, it has concluded that war crimes have been committed in Ukraine,” Erik Mose, who heads the commission of inquiry on Ukraine, told the UN Human Rights Council in Geneva.

Investigators from the commission, created by the rights council in March, visited 27 places and interviewed more than 150 victims and witnesses.

They found evidence of a large number of executions including bodies with tied hands, slit throats and gunshot wounds to the head, Mr Mose said.

Russia denies deliberately attacking civilians during what it calls its “special military operation”. Moscow was called on to respond to the allegations at the council meeting but its seat was left empty. There was no immediate official reaction either.

“If left unanswered, (Russia’s violations) will drag us into a dark world of impunity and permissiveness,” Ukraine‘s envoy Anton Korynevych told the council by video link.

Meanwhile, Moscow is also holding referendums in the Ukrainian regions in controls to become part of Russia, a move which has been widely denounced by Ukraine and the West as sham.

The voting began on Friday in the Luhansk, Kherson and partly Russian-controlled Zaporizhzhia and Donetsk regions.

US to seek stronger labor, environmental standards in Asia