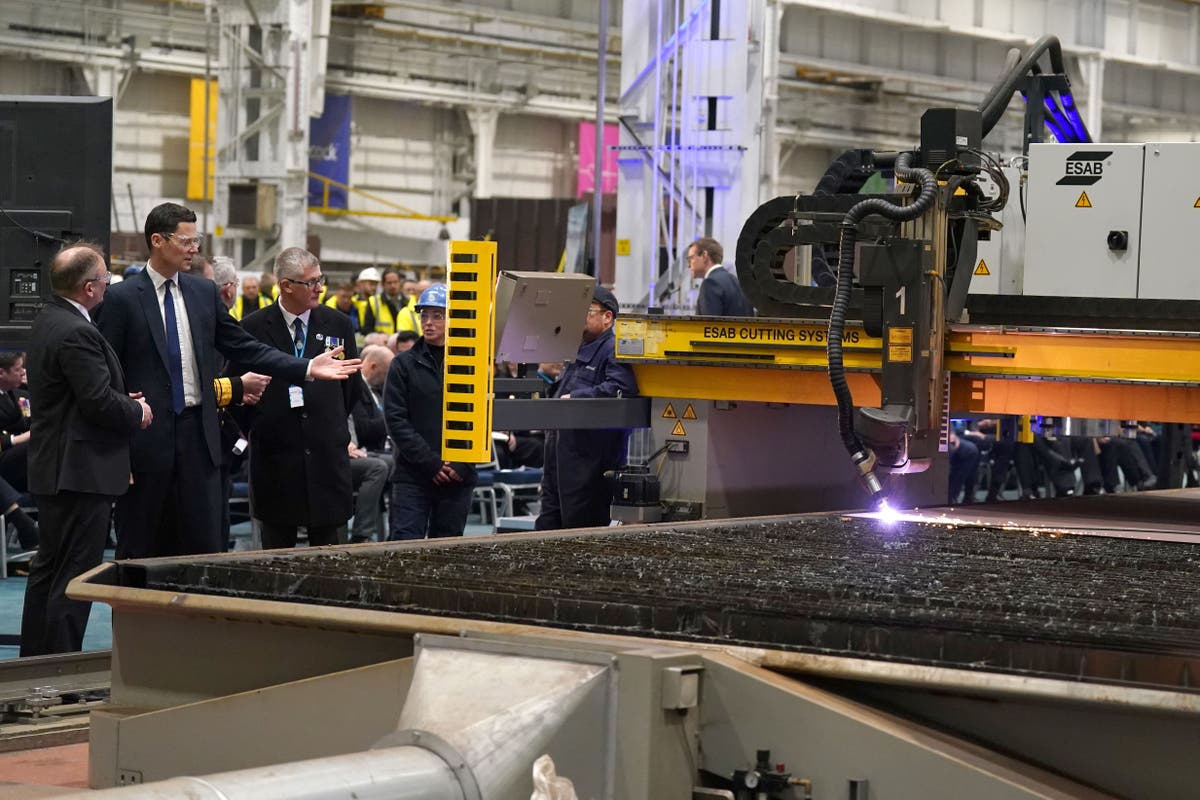 The UK Government remains “absolutely” committed to the Type 31 frigate building programme, the defence procurement minister said on Tuesday as he cut steel on the new HMS Active at Rosyth.

Alex Chalk said the Government stood by the building programme following speculation it would be cancelled under the defence spending review.

Speaking at the Rosyth Dockyard in Fife, where Babcock will deliver five of the vessels for the Royal Navy, Mr Chalk said: “We are absolutely committed to building the Type 31s and the reason for that is because it is such a capable and modern ship, so it’s adaptable which means you no longer find yourself in a situation where you’ve got some incredibly expensive bit of kit doing humanitarian work.

“It can be configured for the mission you need to carry out.”

Mr Chalk said the vessels would be very “cost effective” and “future-proof”.

Steel cutting is a traditional, shipbuilding milestone to mark the beginning of production.

He added: “It was so good to welcome those nations from around the world who see real potential in this general-purpose frigate. And that’s why I think it’s good for Scotland, it’s good for British manufacturing, for the security of our country and that of our allies.”

The minister said the UK had to be inter-operable with allies in light of the ongoing situation in Ukraine and revealed the Polish Navy was “very interested” in the vessel.

Mr Chalk said the UK Government had given £2.3 billion worth of arms to the Ukrainian war effort so far.

He was joined by veterans of the original HMS Active which played a key role in the Falklands War in 1982 and joined the ceremony.

The Type 31 programme will support a UK workforce of about 1,250 people including 150 apprenticeships and a further 1,250 people in the supply chain.

Babcock has also created 250 new production support operative roles to work on the ship and beyond with a focus on recruiting people not already in education, employment or training.

The ceremony comes just 16 months after the steel was cut on the first ship, HMS Venturer.

David Lockwood, chief executive of Babcock International, said it was “fantastic” to see the steel being cut on the HMS Active.

He said: “This site did a truly astonishing job through Covid on a critical programme that held to schedule.

“It developed new ways of working. So to be able to cut steel on the day we intended, with all that going on, is a huge compliment to everyone.”