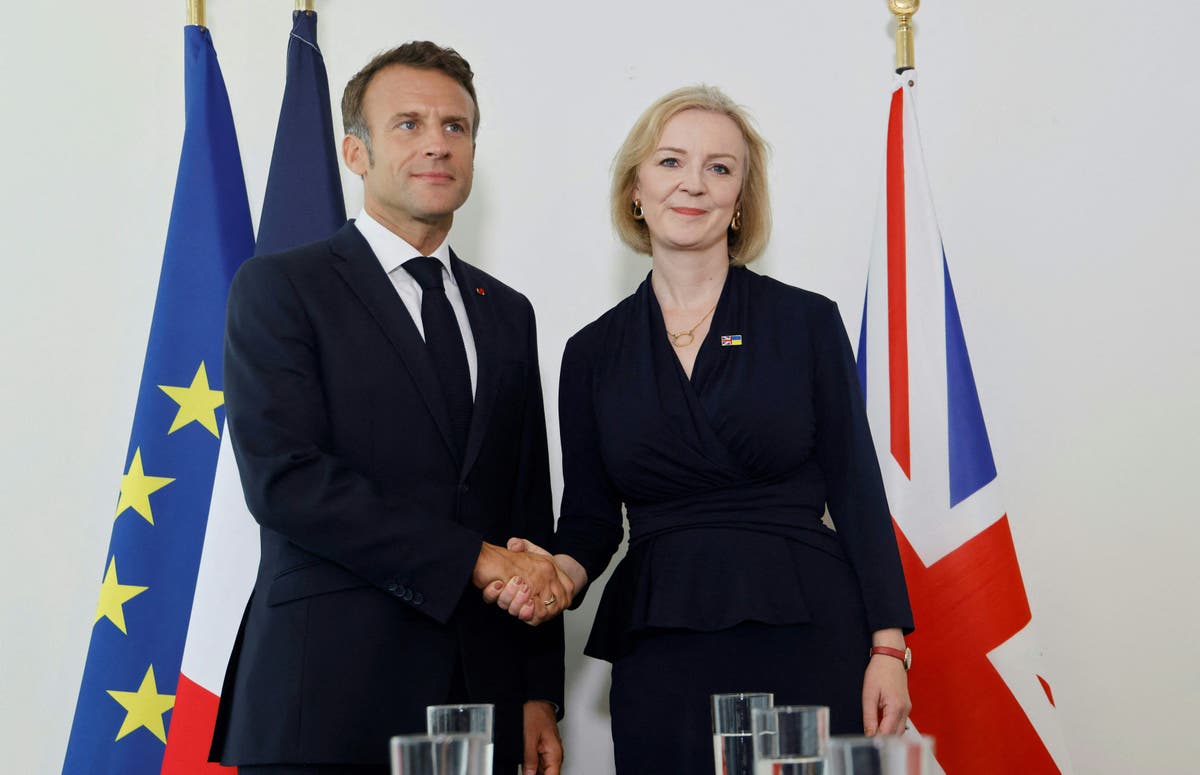 Liz Truss is expected to meet Emmanuel Macron as she urges continental leaders to stand united against Russian aggression when she addresses the inaugural summit of a new pan-European grouping.

Eyebrows were raised when the prime minister said she would attend the meeting of the European Political Community, seen as the brainchild of the French president.

As foreign secretary she had been sceptical about the event, but she is expected to use it to set out how the UK has continued to play a leading role in Europe after Brexit, as demonstrated by the response to Ukraine.

The event will bring together the 27 EU leaders and 17 leaders from outside the club, including the UK and Norway.

It will get underway at the same time as fresh attempts to break the logjam over Northern Ireland with Brussel restart for the first time since February. Ms Truss will use the summit to warn that Europe faces “its biggest crisis since the Second World War”.

She is expected to encourage countries to go further and faster to end reliance on Russian energy and “usher in a new era of resilience and independence”. As well as energy, migration is thought to be at the top of the agenda.

She will also meet the leaders of France and the Netherlands in a bid to secure progress on joint operations to disrupt criminal gangs profiting from illegal migration.

The meeting will be the second since she said the jury was “out” on whether Mr Macron was a friend or a foe of the UK during the Tory leadership race. They also held talks during a UN summit in New York last month.

She will also use the summit to call on leaders to commit to keeping oil and gas interconnectors open this winter. Official expect she will hold talks on joint projects to develop new nuclear and offshore wind.

She will tell the opening plenary session of the summit: “Europe is facing its biggest crisis since the Second World War. And we have faced it together with unity and resolve.

“We must continue to stand firm, to ensure that Ukraine wins this war, but also to deal with the strategic challenges that it has exposed.”