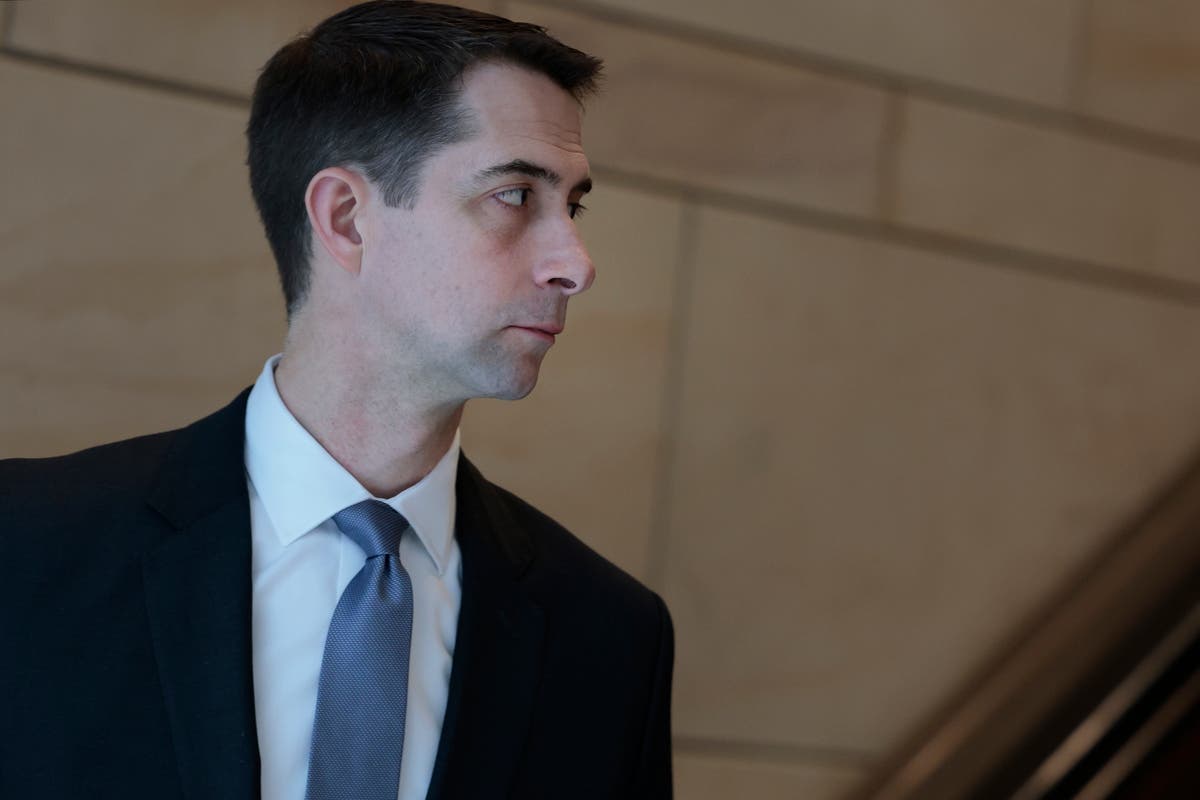 Senator Tom Cotton, a frequent critic of the Biden administration and longtime Trump ally, said on a conservative radio programme that President Biden should refrain from speaking publicly in an “extemporaneous fashion” for the remainder of his presidential term.

“I genuinely think it would be best for all involved, to include Joe Biden, but especially for the American people, if the president would simply stop speaking publicly in an extemporaneous fashion,” Sen Cotton said during an interview with right-wing radio host Hugh Hewitt on Tuesday, adding that he doesn’t think the president should “adlib” or even “take questions or do press conferences”.

“If we could get three years of Joe Biden speaking in deliberate fashion on words that have been carefully reviewed and vetted … that would be safer than what happened over the last five days.”

The unusual request of asking a sitting president to stop answering questions during press conferences, and more generally ask that he never go off script, came after Mr Hewitt asked the Arkansas senator about Mr Biden walking back unscripted comments he made during a speech to US troops during his European tour last week when he saidVladimir Putin “cannot remain in power”.

The comments, which the Biden administration worked overtime to clarify did not translate to the president calling for a regime change within Russia, sent a ripple of concern around the world, particularly with allies and experts in foreign policy.

Mr Hewitt also brought up the exchange that occurred between the US president and a Fox News reporter earlier this week that ended with the leader calling the latter “silly”.

Fox News correspondent Peter Doocy pressed Mr Biden about his walked back statements on Mr Putin remaining in power, implying that such carelessness could lead other world leaders to “doubt that America is back”.

When the president asked him to clarify, Mr Doocy raised the recent controversy over his misinterpreted ‘cannot remain in power’ statements, tagging on a question about what the president meant when he’d said if Russia were to use chemical weapons, “it will trigger a significant response”.

“What does that mean?” asked Mr Doocy.

“I’m not gonna tell you that. Why would I tell you? You gotta be silly,” Mr Biden fired back.

“That press conference was unnerving,” Mr Cotton said, when asked about the specific exchange between the Fox News reporter and the president.

Mr Cotton, who has been criticised for failing to condemn former president Donald Trump’s seeming support of the Putin regime, added that, while he agreed with the “merits” of what Biden had said about “the treachery of Vladimir Putin” he did not believe the president should go into public engagements “adlibbing …[with] his emotional outrage”.

“It’s dangerous to our national security. And most presidents throughout history have known that. They don’t get to engage in off the cuff extemporaneous moralizing that could threaten the interests and the safety of the American people,” Mr Cotton said.

The Arkansas senator’s a strong proponent for Mr Trump’s re-election campaign, a former president who was notorious for going off-script, frequently adding extensive comments from prepared texts and omitting entire phrases, and who famously threatened “fire and fury” against the nuclear-armed state of North Korea.

Why the global supply chain mess is getting so much worse