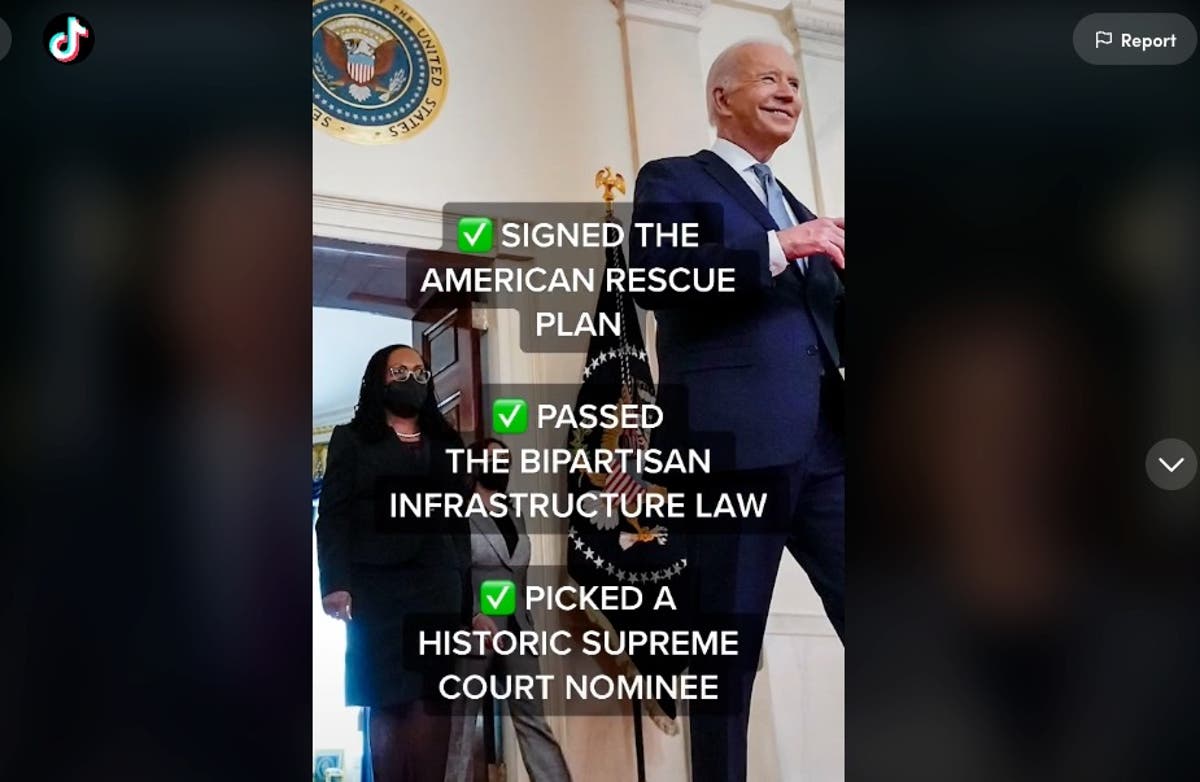 A TikTok account launched to boost Joe Biden with younger voters only has 100 fans.

The group, Building Back Together, unveiled its TikTok account on Wednesday but is off to a slow start as part of their attempt to engage people ahead of the 2022 midterm elections.

The group says its organisers will appear on @buildingbacktogether, along with news and audio clips of the president.

“Building Back Together is launching a TikTok account to reach users with engaging, tailored content about the Biden-Harris Administration’s policy agenda – from the American Rescue Plan and Bipartisan Infrastructure Law, to the nomination of Judge Ketanji Brown Jackson and the President’s plans to lower the cost of living – to ensure Americans across the country, including young people, know how President Biden is positively impacting the lives of everyday Americans,” said Sharon Yang, a spokesperson for Building Back Together.

Last month White House and National Security Council officials hosted 30 TikTok influencers on a Zoom call to give them information about Russia’s unprovoked attack on Ukraine.

Mr Biden’s Build Back Better agenda failed to pass late last year when it failed to gain the support of Democratic senators Joe Manchin, of West Virginia, and Kyrsten Sinema, of Arizona.

Charli D’Amelio, 17, has the most popular account on TikTok with more than 138m followers watching her dance choreographies.

Ukraine’s gold and foreign exchange reserves grew by 2% in March.