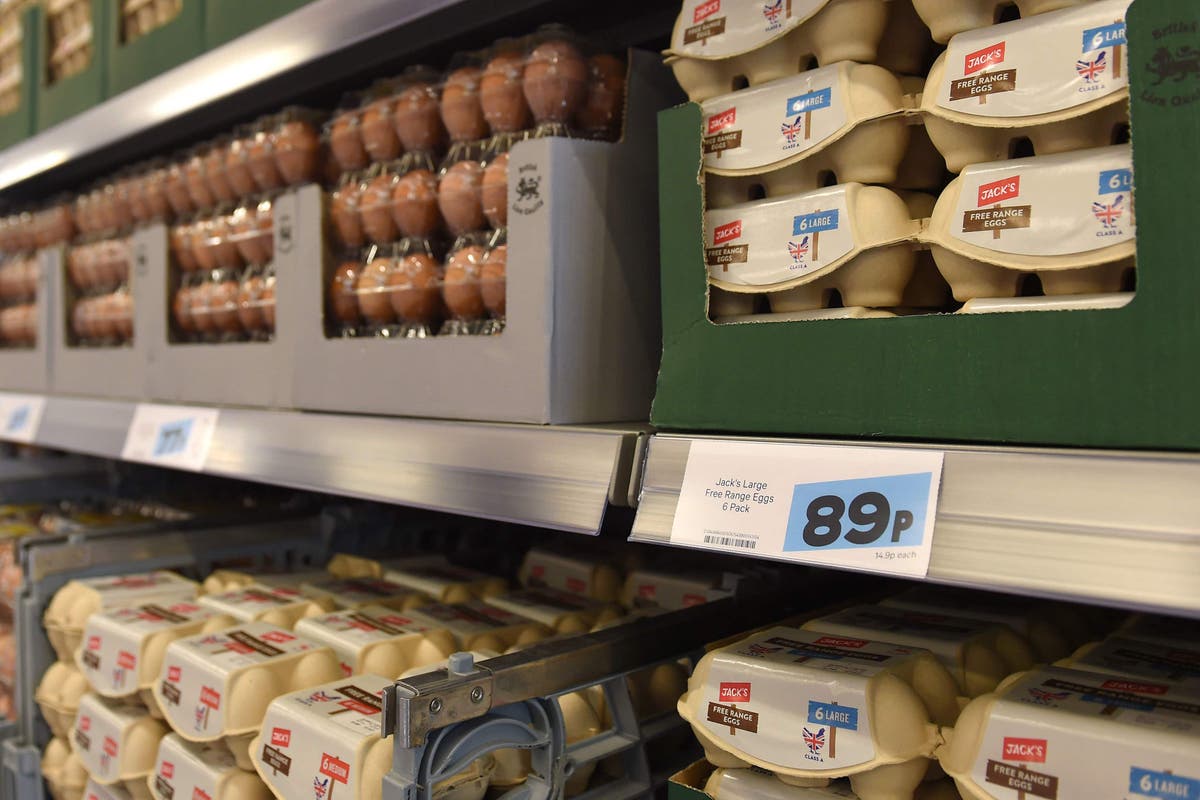 Tesco has announced a multi-million pound support package for its British egg suppliers and producers during a time of turbulence for the sector.

Earlier this week the supermarket giant confirmed it had introduced a temporary buying limit of three boxes of eggs per customer as a precautionary measure amid the impact on supply of rising costs and bird flu.

Asda, Lidl, Marks & Spencer and Morrisons are all also rationing the sale of boxes of eggs.

The UK is facing its largest bout of bird flu.

This is compounding existing shortages caused by producers cutting back on output or leaving the industry due to increased costs, with Russia’s invasion of Ukraine driving up farmers’ energy bills along with the cost of chicken feed, hens and packaging.

Demand for eggs is also up as consumers seek out cheaper sources of protein to offset soaring food bills.

On Friday, Tesco said it was committing to provide a further £13.9 million of additional support to its suppliers and producers until March 2023, with the support continuing after that date.

The investment was welcomed by the British Egg Industry Council.

Its chief executive Mark Williams said: “We are delighted that Tesco is investing in its supply chain to support British egg producers.

“We know that consumers want and expect the eggs on retailers’ shelves to be British and it is great to see Tesco publicly reinforcing its commitment to stock British Lion eggs.

“The Lion is not only recognised by consumers as a sign of quality, but it also shows that the eggs are approved by the Food Standards Agency to be eaten runny by everyone, including vulnerable groups.”

“We’re pleased to continue our support for UK suppliers and producers, as well as provide reassurance to our customers that we will remain 100% British on all our shell eggs.

“With five-year contracts with our suppliers now under way, and our well-established feed model in place, we hope the support we’re providing alleviates some of the pressure being felt and provides the industry with confidence and protection during these uncertain times.”

Tesco’s support package was announced a day after Waitrose pledged a £2.6 million investment in its egg suppliers.

Waitrose remains one of the few supermarkets not to impose purchase limits on customers.

The National Farmers’ Union (NFU) has called for an “urgent investigation” into the egg supply chain disruption.

The NFU said the Department for Environment, Food and Rural Affairs (Defra) should look into whether a declaration should be made under the Agriculture Act 2020 to ensure “much-needed support” for egg producers.

Responding to the call earlier this week, the Government said the situation is being monitored but insisted the UK’s food supply chain is “resilient” and that no “significant impact” is expected overall.