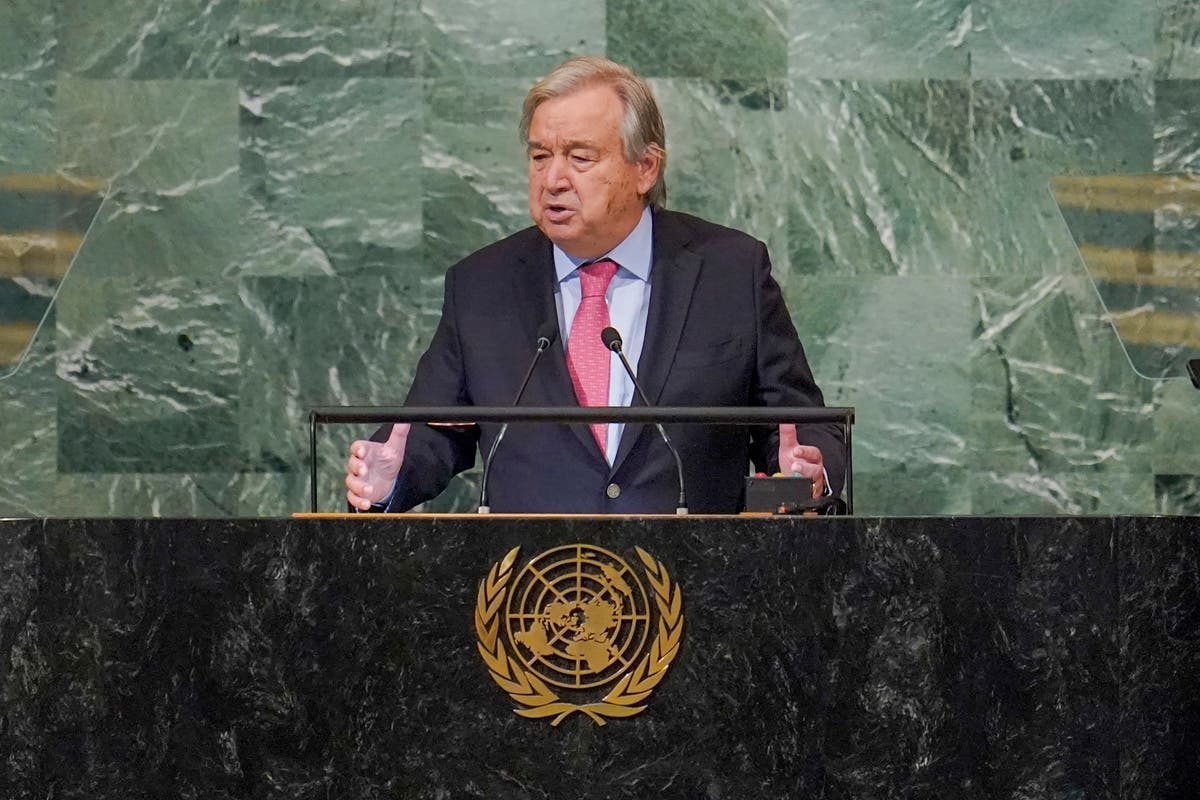 The United Nations Secretary General has called on all developed nations to tax the windfall profits of fossil fuel companies.

“The fossil fuel industry is feasting on hundreds of billions of dollars in subsidies and windfall profits while household budgets shrink and our planet burns,” António Guterres told the United Nations General Assembly in New York on Tuesday. “Polluters must pay.”

The taxed funds, he says, should be redirected to countries suffering loss and damage caused by the climate crisis and to people struggling with rising food and energy prices.

His remarks come after Britain’s new prime minister, Liz Truss, has made clear she is against a windfall tax.

Unveiling her government’s policies to respond to the energy crisis earlier this month, Ms Truss told parliament she believes it is the “wrong thing to be putting companies off investing in the UK just when we need to be growing the economy.”

Brussels, by contrast, has proposed raising 140 billion euros from energy companies’ “extraordinary” profits and redirecting them back to households and businesses, as Mr Guterres suggests.

Although, there was no mention of some of these funds being funnelled to countries on the frontlines of the climate crisis.

The Labour leader Sir Keir Starmer has also said he would extend a windfall tax on the profits of oil and gas companies to help pay for a price cap on energy bills this winter.

Economies re-emerging after the coronavirus pandemic combined with Russia’s invasion of Ukraine and its decision to severely limit supplies of natural gas to the continent has seen global gas prices spike in recent months, with growing concern that there could be energy shortages in Europe this winter.

“That includes the banks, private equity, asset managers and other financial institutions that continue to invest and underwrite carbon pollution,” he said. “And it includes the massive public relations machine raking in billions to shield the fossil fuel industry from scrutiny.”

His remarks also come after documents released by a US congressional committee reportedly show that big oil firms are promoting technologies that could help address the climate crisis while internally expressing doubt about their potential.

Mr Guterres compared the effort to shield big oil to that which protected the tobacco industry decades before.

While he acknowledged that fossil fuels could not be shut down overnight, he said it was time for an “intervention” and a just transition that will leave no person or country behind.

The Independent has contacted the UK government and the European Commission for comment.