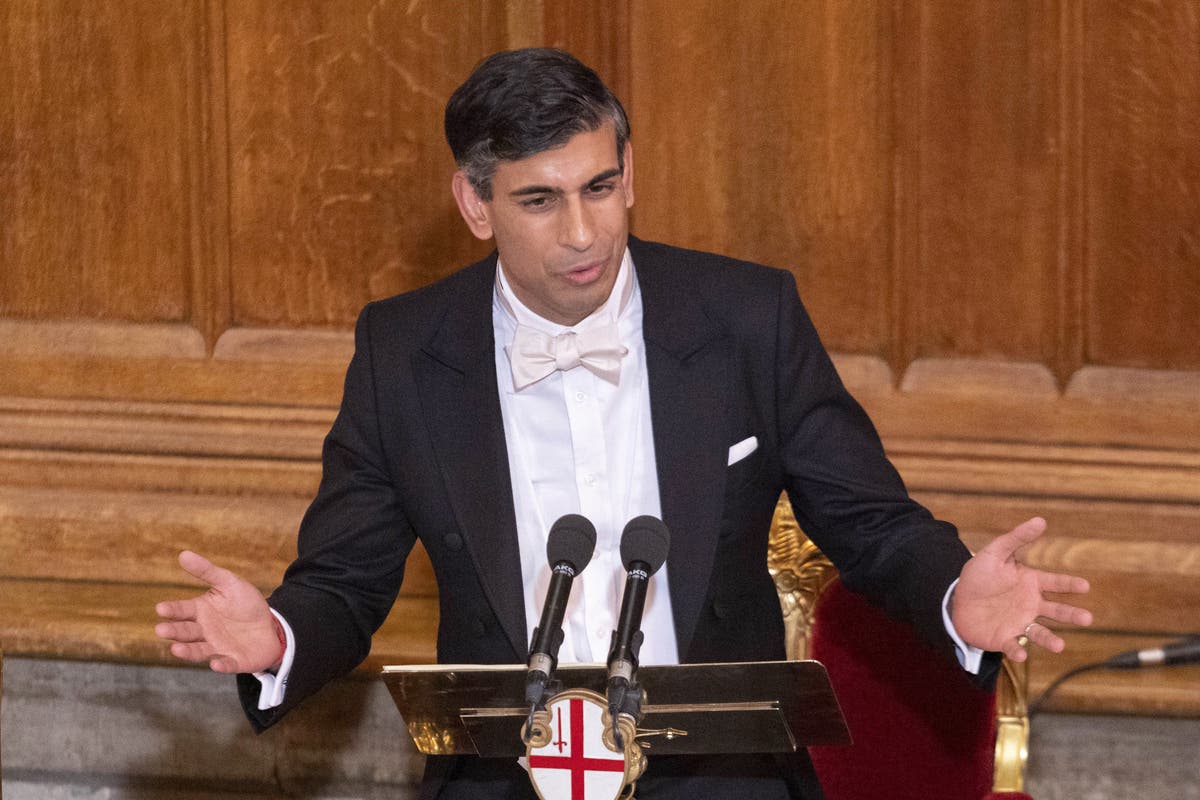 Rishi Sunak has promised a “reinvigorated” relationship with Europe, even as he pledged that the UK would “never align” with EU law.

In a speech to dignitaries and business leaders at the Lord Mayor’s Banquet in London, the Prime Minister signalled a shift in UK-EU relations in the wake of his predecessors Liz Truss and Boris Johnson.

“As we stand by Ukraine, we’re also reinvigorating our European relationships to tackle challenges like security and migration,” he told the audience.

In his address, he said that the UK was “evolving our wider post-Brexit relations with Europe, including bilaterally and engaging with the new European Political Community”.

The first meeting of European Political Community, a project pushed by French President Emmanuel Macron, was attended by Ms Truss in one of her few international forays as prime minister.

The move was taken as a sign that she wanted to thaw tensions between the UK and the bloc, which have soured amid the fallout of Brexit and a failure to reach an agreement on the Northern Ireland Protocol.

Hopes have improved that a deal could be agreed over the post-Brexit arrangements in the region, amid renewed talks between negotiating teams.

But Mr Sunak was also adamant that his leadership would not lead to any kind of alignment with EU law, even as he promised “mature relationships” in the future.

He said: “This is not about greater alignment.

“Under my leadership we’ll never align with EU law. Instead, we’ll foster respectful, mature relationships with our European neighbours on shared issues like energy and illegal migration to strengthen our resilience against strategic vulnerabilities.”

The comments from the Prime Minister come after The Sunday Times reported that senior Government figures were working towards regaining access to the single market.

Fingers were pointed at Chancellor Jeremy Hunt as the story’s source because it emerged after he had publicly conceded the Brexit deal had created trade barriers with the EU.

The report, rejected by Downing Street, had raised the hackles of Brexit-backing Tory backbenchers.