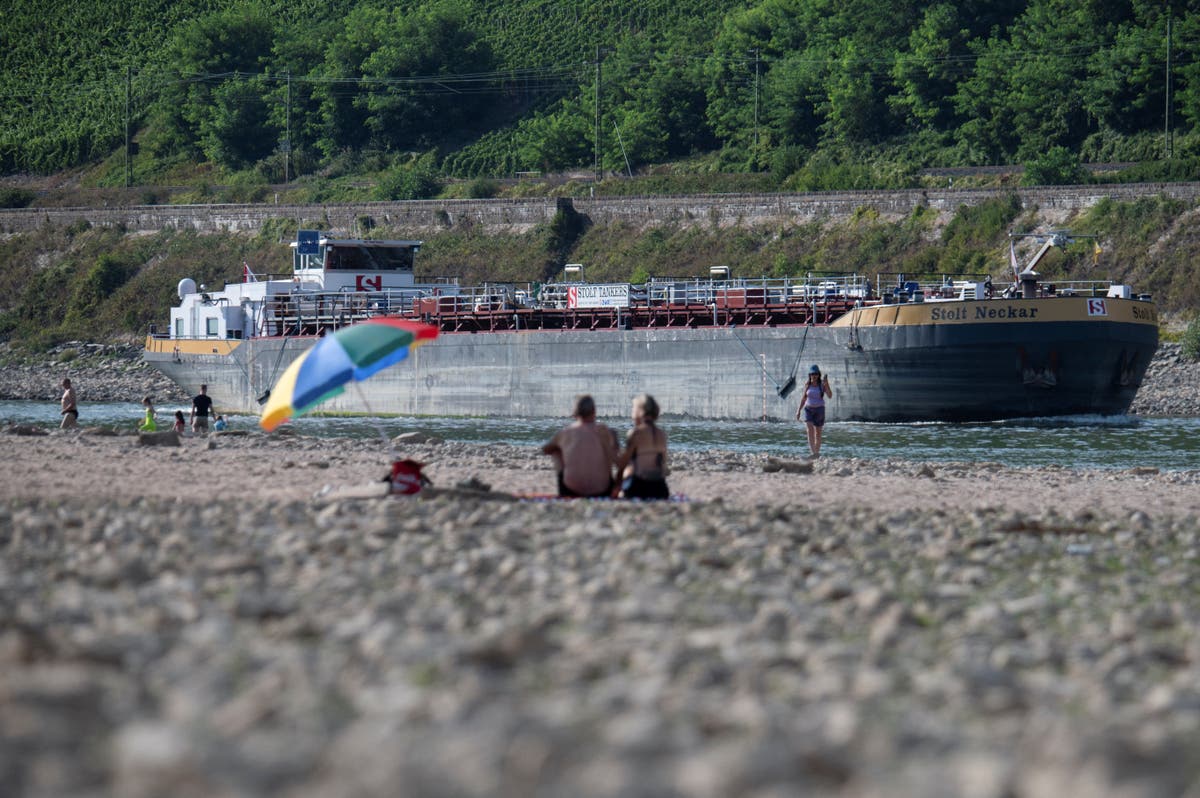 Extreme drought conditions across the Northern Hemisphere this summer were made at least 20 times more likely by the human-driven climate crisis, new analysis has revealed.

Temperature records were smashed across Europe in June, July and August with more than 24,000 deaths linked to the extreme heat – a number which will likely rise once public health reporting is completed.

Mainland China also suffered extreme temperatures and issued its first national drought alert. More than half of the United States was in drought this summer, amid ongoing waves of wildfires in the southwest.

The climate scientists also zoned in on Western and Central Europe which experienced particularly severe drought.

To study how climate change impacted the drought, the team measured soil moisture content. They analysed data on the critical top metre of soil- the “root zone” – where plants suck up water. Lack of moisture in the root zone is also referred to as agricultural and ecological drought. They also looked at the 7cm of top soil.

The findings were that human-caused – or anthropogenic – climate change made agricultural and ecological drought at least 20 times more likely in the Northern Hemisphere.

In the smaller Western and Central Europe region, climate change made the agricultural and ecological drought about 3-4 times more likely.

A drought like summer 2022 can be expected around once in 20 years in both regions, they added, and extreme heat was driving the drought rather than changes in rainfall patterns.

It doesn’t mean that the climate crisis is having less influence on Europe, rather that the differing size of regions means direct comparison is not possible.

Analyzing soil moisture content is more challenging than temperature or rainfall totals as it cannot be directly measured and has to be estimated, the researchers said.

But Dr Friederike Otto, at climate scientist and lecturer at Imperial College London, cautioned that “there is no doubt that climate change played a big role here”.

In fact the researchers noted that the study is on the conservative side – and the real influence of human activities is likely higher.

Dr Otto said that while the new WWA study has not been peer-reviewed, a standard practice in academia, it uses peer-reviewed methods. Findings from the group’s previous studies have never changed after peer review, she added.

The parched soils have sparked crop failures and, along with the Russian invasion of Ukraine, contributed to rising global food prices. It has exacerbated cost of living crises in rich countries and pushed some of the world’s most vulnerable people, particularly in the Horn of Africa, to the brink of famine.

“We are witnessing the fingerprint of climate change not just in specific hazards, but also in the cascading of impacts across sectors and regions,” said Maarten van Aalst, Director of the Red Cross Red Crescent Climate Centre and Professor of Climate and Disaster Resilience at University of Twente, in a statement.

He noted that climate change was no longer only impacting the world’s most vulnerable but also “rich countries in Western Europe which were not previously seen as vulnerable”.

The severe drought had widespread repercussions across three continents.

The arid conditions sparked Europe’s worst-ever summer of wildfires with enormous blazes burning for weeks including in France, Greece, Spain and Portugal. The UK, a country so far unaccustomed to large wildfires, witnessed outbreaks amid record temperatures. London Fire Brigade reported its busiest day since bombings during the Blitz of the Second World War.

The research also highlighted what scientists warn will be the compounding and cascading nature of the climate crisis.

Lake Powell and Lake Mead, the United States’ largest reservoirs which provide water for 40 million people in the West, have plummeted to historic lows and jeopardised hydropower operations.

In China, the mighty Yangtze River was reduced to a trickle in places, impacting hydropower stations leading to rolling blackouts and industry slowdowns.

Mr van Aalst also noted that in some places in Europe which rely on coal power, water levels in rivers were so low that barges couldn’t make deliveries – at a time when air conditoning need was at its peak.

The research was “clearly a wake-up call” to reduce emissions, he said. “But we need to cope with what’s already here.”

WWA is an international team of climate scientists who regularly volunteer their expertise to quickly answer an ongoing pressing question: To what extent an extreme event is influenced by climate change?

Global heating is largely being caused by greenhouse gas emissions that come from burning fossil fuels. The average global temperature has risen about 1.2 degrees Celsius since the Industrial Revolution of the late 1800s.

Recently, WWA discovered that climate change likely increased the extreme monsoon rainfall in Pakistan. Around one-third of the country is underwater and the flooding has killed nearly 1,700 people and affected 33 million people, the United Nations reported this week.

WWA also found that the deadly, record-breaking heatwave which struck North America in 2021, was made at least 150 times more likely by the climate crisis.