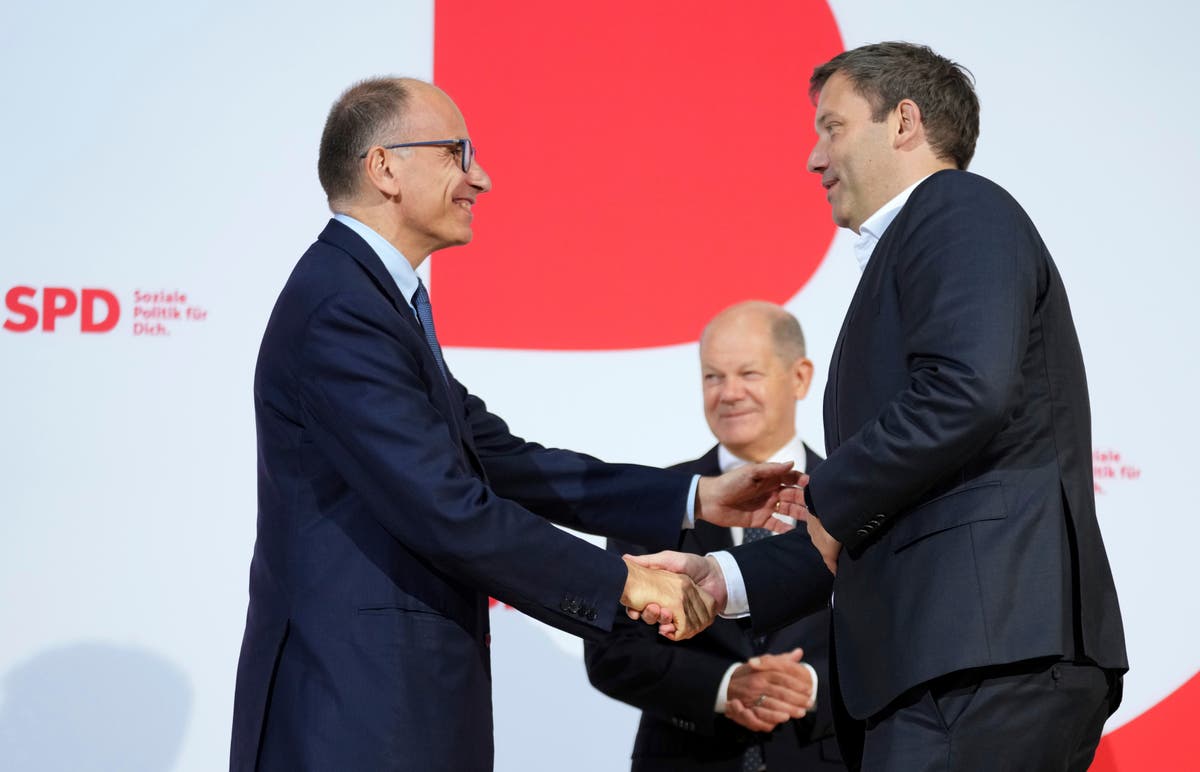 Germany’s ruling center-left party warned Monday that a victory for far-right leader Giorgia Meloni in Italy’s upcoming election would be bad for Italians and European cooperation when many on the continent are feeling the strain of high energy prices.

Lars Klingbeil, the chairman of Chancellor Olaf Scholz’s Social Democrats, accused Meloni of spreading falsehoods about Germany and aligning herself with “anti-democratic” figures such as Hungarian Prime Minister Viktor Orban.

“We look to the election in Italy and say there’s a lot at stake,” Klingbeil told reporters in Berlin after meeting with Meloni’s main rival, former Italian Premier and Democratic Party leader Enrico Letta. “It’s not just a question of who leads Italy, it will also set the course for Europe.”

He said Letta’s approach of cooperating with other European countries would help achieve a Europe-wide solution to high energy costs — such as through a gas price cap — and end the continent’s reliance on Russia fossil fuels.

“Italy is better off with Enrico Letta at the top and not right-wing populists and neo-fascists,” he said.

Meloni, whose Brothers of Italy party leads polls ahead of the Sept. 25 election and has roots in a movement that hailed the legacy of former Fascist Party leader Benito Mussolini, has tried to distance herself from extremism and insists she won’t be a danger to democracy if she becomes premier.

Letta, who insists his alliance can still win the election, also met Monday with Scholz. He said he views an integrated Europe as “the solution.”

Meloni, by contrast, has long railed against European Union bureaucracy and accused the bloc of infringing on national sovereignty.

Meloni also situated himself as a counterweight to Russian President Vladimir Putin, whose war in Ukraine has helped drive up energy costs.

How the world mourned the Queen as millions watch funeral