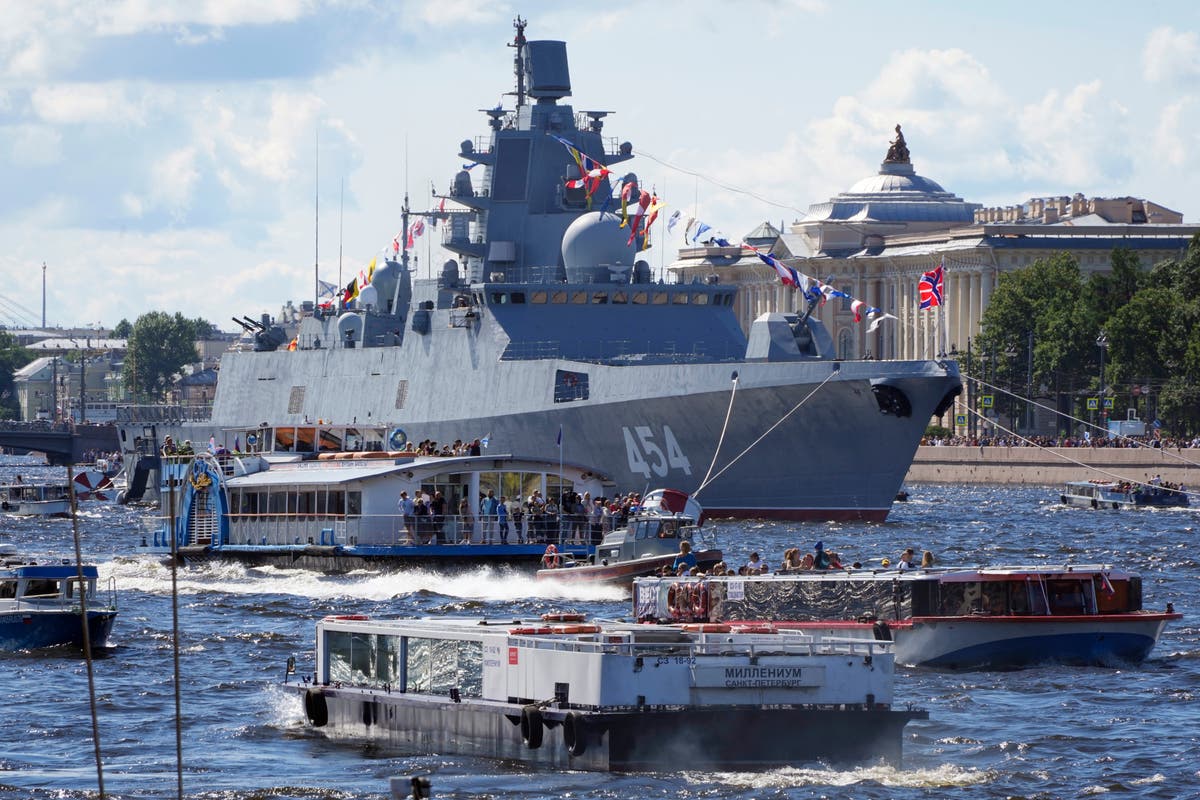 A Russian warship has conducted a simulated hypersonic missile strike on a mock enemy ship in the Atlantic Ocean.

The Admiral Gorshkov frigate ran a “computer simulation” for the Zircon missile that Moscow said had “hit” a target around 500 miles away.

The Russian defence ministry said: “In accordance with the training situation, the frigate practised arranging [a] Tsirkon hypersonic missile strike against a maritime target at a distance over 900 kilometres away.

The statement did not say the frigate had launched a missile.

Russian President Vladimir Putin announced the development of the hypersonic Zircon (or Tsirkon) missiles back in 2019 when he said the missiles have a top speed of mach 9 (or nine times the speed of sound). The missiles, Mr Putin said would be able to “hit navy or land targets.”

Tensions between the West and Russia are at their highest point in years, as nations line up to provide support to Kyiv in the wake of Moscow’s invasion of Ukraine

Russian officials have on several occasions suggested Moscow might use its nuclear arsenal, the world’s largest, if it feels threatened by the Western response to the war.

On Wednesday, the United States said on Wednesday it would supply Ukraine with 31 of its most advanced battle tanks after Germany had earlier announced it would send 14 of its own Leopard 2 tanks, a paor of moves hailed by Kyiv as a potential turning point in its battle against Mr Putin’s forces.

Russia reacted with fury to Germany’s decision, saying Berlin was abandoning its “historical responsibility to Russia” arising from Nazi crimes in in the Second World War when German forces invaded the Soviet Union.

“This extremely dangerous decision takes the conflict to a new level of confrontation,” said Sergei Nechayev, Moscow’s ambassador to Germany.

Mr Putin’s spokesman, Dmitry Peskov, said any shipments of US tanks would be a waste of money as they “burn” like other tanks on the frontlines across Ukraine.

The head of the Ukrainian presidential administration, Andriy Yermak, hailed the tank announcements as a “historic day” that would help determine the outcome of the war.

Reuters contributed to this report