Russian troops in Ukraine ‘retreating in panic’ and abandoning equipment 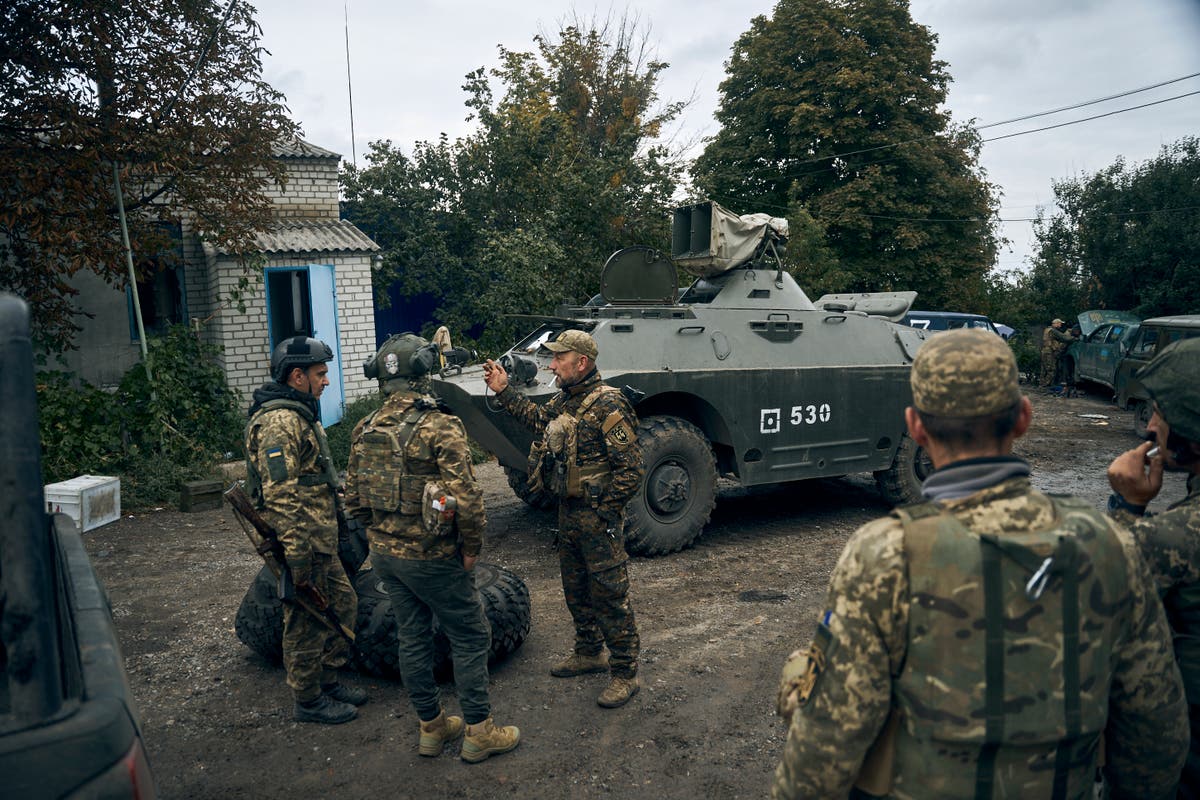 Russian troops are “retreating in panic” and abandoning high-value equipment in response to Ukraine’s counter-offensive in Kharkiv.

It comes as Ukrainian forces have reclaimed more than two thousand square miles of territory as they continue their counter-offensive regaining key locations in the Kharkiv region. President Volodymyr Zelensky urged the west to speed up arms supplies to maintain the momentum of its offensives.

Russian forces have largely withdrawn from the area west of the Oskil River, the British Defence Ministry said in its daily intelligence bulletin on Twitter.

“The way in which Russian forces have withdrawn in the last week has varied. Some units retreated in relatively good order and under control, while others fled in apparent panic,” the bulletin said.

It added: “High-value equipment abandoned by retreating Russian forces included capabilities essential to enable Russia’s artillery-centric style of warfare. Amongst these are at least one ZOOPARK counter-battery radar and at least one IV14 artillery command and control vehicle.”

Russian forces had been ordered to retreat from advancing Ukrainian troops in Kharkiv to focus instead on defending their position in the eastern Donbas region, according to western intelligence sources.

Vladimir Putin’s generals are expected to cede an area nearly half the size of Wales before setting up a new defensive line to the east of the Oskil river, according to intelligence.

Russian forces are not expected to try and retake land around Kharkiv and “are likely in the process of withdrawing from the whole of occupied northern Kharkiv Oblast, an area of up to 10,000 square km or approaching half the size of Wales”, one official said.

Officials believe it is too early to say whether the Ukrainian advance is a turning-point in the war, but described recent gains as the equivalent to Ukraine having “scored a goal before half-time”.

And they did not deny reports that British and US military officials played a role in advising Ukraine on its counter-offensive.

Mr Zelensky on Wednesday made a surprise visit to Izium – until four days ago Russia’s main bastion in the Kharkiv region – where he watched as the blue-and-yellow Ukrainian flag was raised in front of the charred city council building.

“Our law enforcers are already receiving evidence of murder, torture, and abductions of people by the occupiers,” he said, adding there was “evidence of genocide against Ukrainians”.

“They only destroyed, only seized, only deported. They left devastated villages, and in some of them there is not a single surviving house,” Mr Zelensky added in the video address.

Mr Zelensky’s video address was released after his return to Kyiv from the Kharkiv region and following word from his office that his car had collided with a private vehicle in the capital.

“The president was examined by a doctor, no serious injuries were found,” presidential spokesman Serhii Nykyforov said in a Facebook post early on Thursday.

The General Staff of Ukraine’s Armed Forces said on Thursday that Russian forces had launched attacks on several settlements on the Kharkiv frontline in the past 24 hours.

‘An insult to the Queen’: Senior Tories condemn China’s invitation to funeral