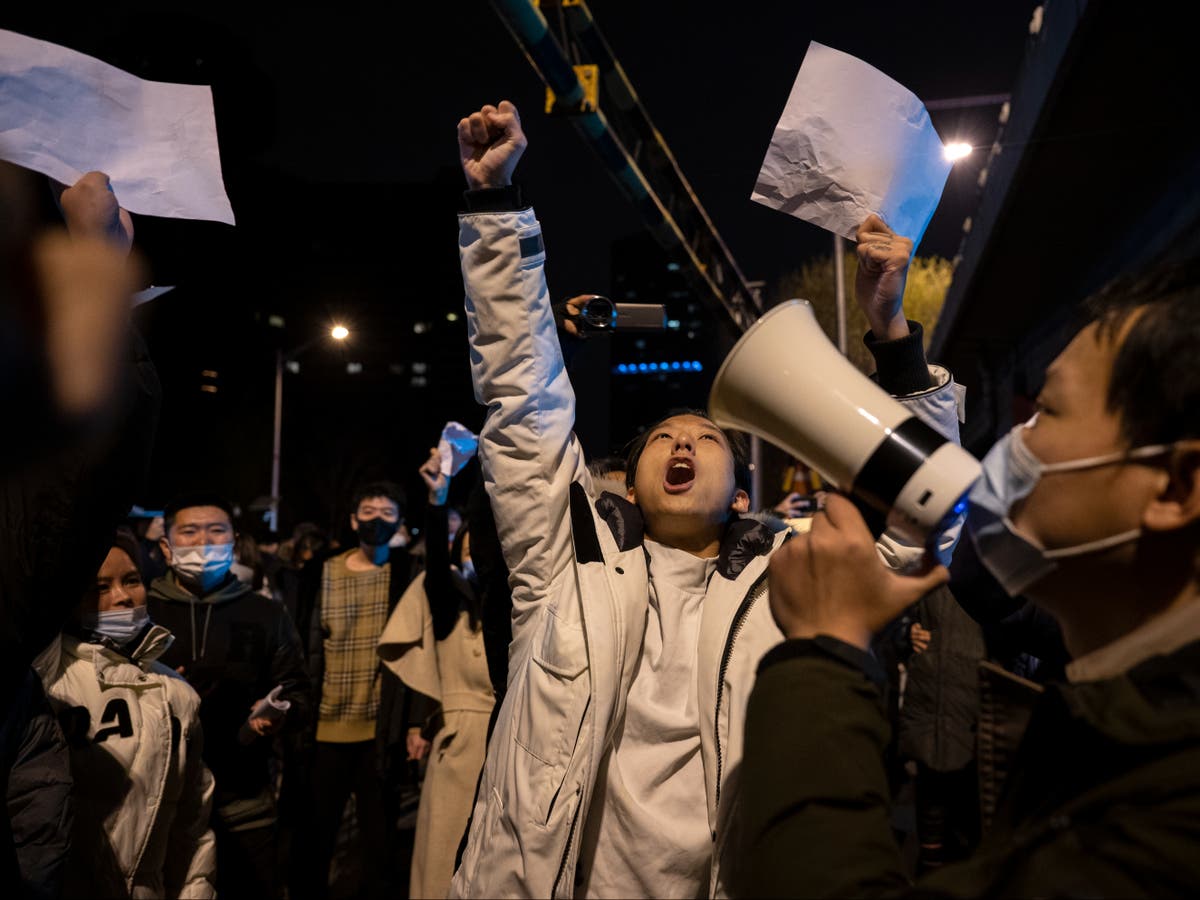 Rishi Sunak has denounced the arrest of a BBC journalist covering protests in China as “shocking and unacceptable”.

Ed Lawrence was detained at a demonstration in Shanghai over Covid restrictions on Sunday and held for several hours before being released.

Footage shared on social media showed several police officers grabbing Mr Lawrence and pinning him to the ground. The BBC said he was beaten and kicked by police officers, and then taken away in handcuffs.

The incident comes ahead of a major foreign policy speech by the prime minister on Monday, in which he is expected to argue for “robust pragmatism” in the UK’s approach to China.

Aides said this would involve continuing to raise concerns about issues of human rights and democracy while also engaging with Beijing on global problems like climate change or the war in Ukraine.

Responding to Mr Lawrence’s treatment by Chinese police, Mr Sunak’s official spokesperson said: “The arrest of this journalist, who was simply going about his work, is shocking and unacceptable.

“Journalists must be able to do their jobs without fear of intimidation.”

The spokesperson said the Foreign Office has contacted the Chinese authorities about the arrest and has also spoken with Mr Lawrence himself.