Retreating Russian troops in Kharkiv accused of torture by Ukrainians 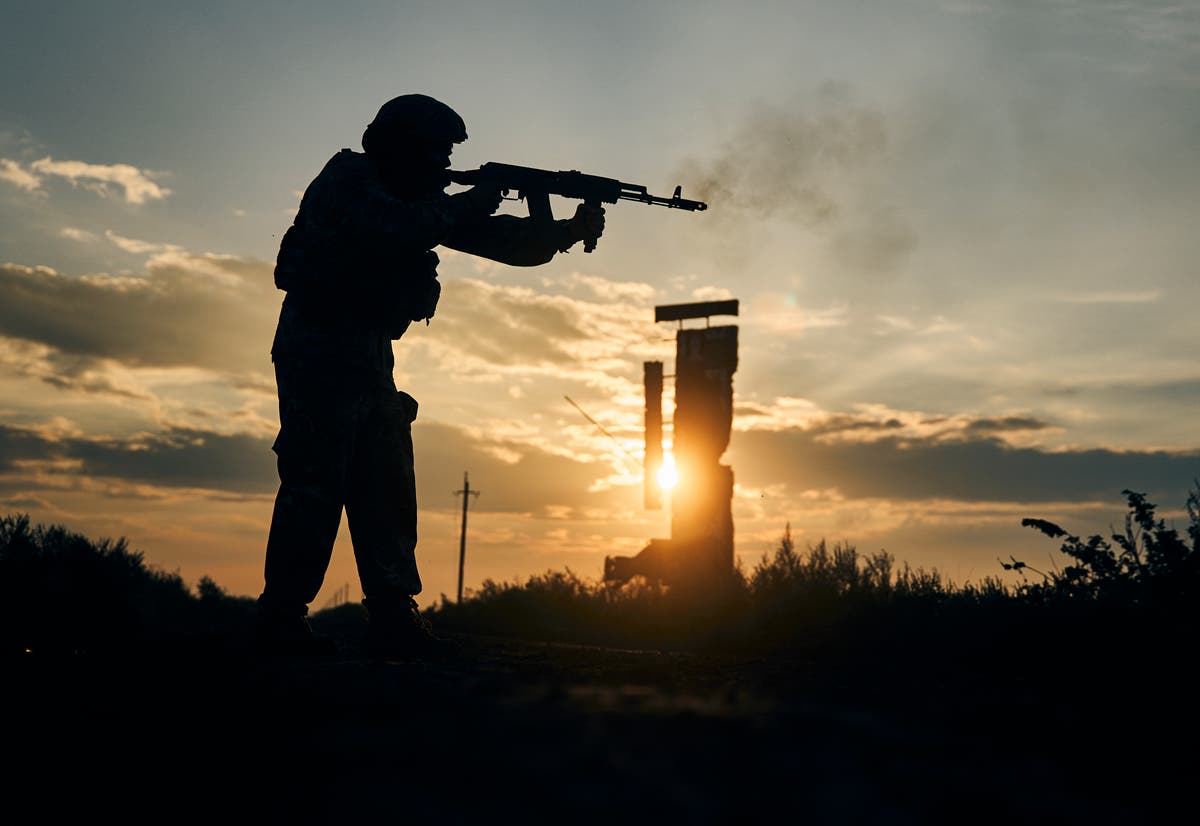 People from newly-liberated areas of Ukraine have accused Russian troops of carrying out torture against ordinary residents.

The claims by those in Kharkiv back those made in other parts of Ukraine when Russian forces retreated from towns close to the capital Kyiv earlier in the war.

Artem, a resident in the city of Balkliya in the Kharkiv region, which has seen spectacular gains by Ukrainian forces in the past few days, said he had been electrocuted by Russians as had many other residents.

He told the BBC that he could hear screams of pain and torure from other cells where he was being held, adding that the Russia troops turned on building noisy ventilation system, to try and drown out screams from others.

“They made me hold two wires,” he said. “There was an electric generator. The faster it went, the higher the voltage. They said, ‘if you let it go, you are finished’. Then they started asking questions. They said I was lying, and they started spinning it even more and the voltage increased.”

Kharkiv regional governor Oleh Syehubov said authorities were trying to record crimes committed by Russians during their occupation of the area, and recover the bodies of victims.

“We’re asking everyone around about all the places of burial which can be found,” he said.

Speaking in Balkliya, Ukraine‘s Deputy Defence Minister Hanna Malyar said 150,000 people had been liberated from Russian rule in the area.

“The aim is to liberate the Kharkiv region and beyond – all the territories occupied by the Russian Federation,” Malyar said.

With Ukraine‘s flag flying in the city once again, people clamoured for supplies, and spoke of all they endured.

“I was walking away… when I saw an armoured personnel carrier coming onto the square with a Ukrainian flag: my heart just tightened up and I began to sob,” Mariya Tymofiyeva, a 43-year-old resident said, her voice trembling with emotion.

Meanwhile, in a Tuesday evening address, President Volodymyr Zelensky said around 8,000 square km (3,100 square miles) have been liberated by Ukrainian forces so far this month, apparently all in the northeastern region of Kharkiv.

Since Moscow abandoned its main bastion in the northeast on Saturday, marking its worst defeat since the early days of the war, Ukrainian troops have recaptured dozens of towns in a stunning shift in battleground momentum.

Moscow denies its forces have committed atrocities in areas they have controlled since President Vladimir Putin ordered what he calls a “special military operation” on Feb. 24.

Russian forces still control about a fifth of Ukraine in the south and east, but Kyiv is now on the offensive in both areas.

Ukrainian presidential adviser Oleksiy Arestovych held out the prospects of moving on the eastern province of Luhansk, which together with Donetsk is known as the Donbas, a major industrial region close to the border with Russia.

“There is now an assault on Lyman and there could be an advance on Siversk,” Arestovych said in a video posted on YouTube. He predicted a fight for the town of Svatovo, where he said the Russians have storage depots.

“And that is what they fear most – that we take Lyman and then advance on Lysychansk and Sievierodonetsk,” he said, referring to the twin cities taken by Russia after fierce fighting in June and July.

On top of the setbacks in Ukraine, Russian authorities are also facing challenges in other former Soviet republics.

About 100 people have been killed this week in the deadliest fighting between Azerbaijan and Armenia since a 2020 war, prompting Putin to appeal for calm.

On Wednesday, shooting broke out between guards patrolling the border between Kyrgyzstan and Tajikistan, Russian news agencies said, citing the Kyrgyz border service.