Reports of Putin’s problems are mounting 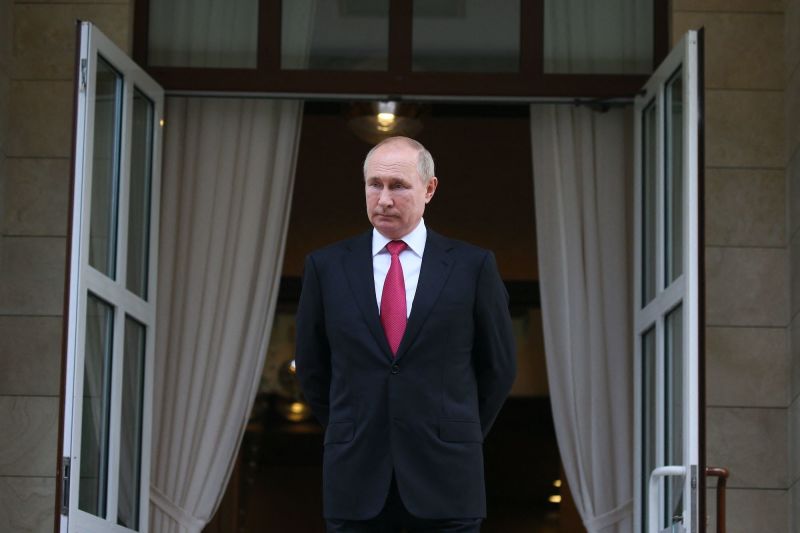 A version of this story appears in CNN’s What Matters newsletter. To get it in your inbox, sign up for free here.

The reports out of Russia suggest a military and a leader in desperate need:

As world leaders gathered at the United Nations in New York and condemned him, Russian President Vladimir Putin was back home, scrambling to refill his depleted war machine.

His foreign minister Sergey Lavrov was notably absent as the US Secretary of State Antony Blinken delivered a blistering soliloquy to the UN Security Council, documenting what he referred to as Russia’s war crimes since February.

CNN’s Katie Bo Lillis reported Thursday that Putin is giving directions directly to generals in the field, suggesting a level of micromanaging rare in modern warfare and evidence of the Russian military’s dysfunction that the Ukraine war has uncovered.

“There are significant disagreements on strategy with military leaders struggling to agree on where to focus their efforts to shore up defensive lines, multiple sources familiar with US intelligence said,” according to Lillis. Read more of Lillis’ report.

The cost to Russia has been well documented, but these new reports of reaching into its citizenry and its jails suggest a new chapter of militarization.

In a speech, Putin advertised the “partial mobilization” as being focused on reservists with prior military experience. But the fine print of his written decree raised questions about whether any able-bodied person could be forced into uniform.

CNN’s international team noted: “The ultimate significance of the apparent discrepancy is not yet clear. And it remains to be seen if the Kremlin has the appetite for a wider mobilization across the general civilian population.”

There is evidence that some Russians aren’t interested in waiting to find out how far the mobilization will go.

CNN Travel reported on a surge of interest in flights out of Russia. Photos of long lines of traffic at Russia’s land borders suggested people are fleeing the country into Kazakhstan, Georgia and Mongolia.

“(Putin) has de facto declared war on the domestic front – not only on the opposition and civil society, but on the male population of Russia,” wrote Andrei Kolesnikov, a senior fellow at the Carnegie Endowment for International Peace and author of several books on the political and social history of Russia, in an essay for CNN Opinion. Read more of Kolesnikov’s take.

Simply forcing people into the military won’t solve Putin’s problems, according to a sharp analysis from CNN’s Brad Lendon. The depleted Russian military doesn’t have the training capacity or supplies for that many people.

“If they end up facing Ukrainian guns on the front lines,” Lendon wrote of the call-ups, “they are likely to become the newest casualties in the invasion Putin started more than seven months ago and that has seen the Russian military fail at almost every aspect of modern war.”

Lendon cited the open source intelligence website Oryx, which uses only losses confirmed by photographic or video evidence to document Russia’s loss of more than 6,300 vehicles, including 1,168 tanks, since the fighting began.

Nadya Tolokonnikova is the Russian dissident and founding member of the group of activists and artists known as Pussy Riot. She spent two years in a Russian jail and said on CNN on Thursday that it will only get more difficult for Russians to oppose Putin.

“I greatly know the price of protesting in Putin’s Russia. And this price is growing day by day, with Putin getting more and more uncomfortable about his position in the geopolitical arena.”

But she said the movement against him is growing.

“People who oppose Putin, they have real power, and that’s the reason of Putin’s repressions on us,” she said. “We’re building (an) alternative Russia with values that are different from Putin’s values. We want to be part of the Western civilization.”

While the news out of Russia seems very bad for Putin and the news out of Ukraine suggests the Ukrainian military continues to outperform all expectations, it is still hard to fathom a change of leadership there.

He is entrenched, as we have written here before, until the government turns on him.

The same is not true in democracies, where leaders come and go. So it is worth also monitoring another geopolitical story out of the UN meeting in New York that may ultimately be one of the fragility of Western democracies.

In an exclusive US interview with CNN’s Jake Tapper, French President Emmanuel Macron warned of this crisis.

“I think we have [a] big crisis of democracies, of what I would call liberal democracies. Let’s be clear about that. Why? First, because being open societies and being open and very cooperative democracies put pressure on your people. It could destabilize them,” Macron said.

CNN’s Paul LeBlanc pointed out that “Macron’s comments echo President Joe Biden’s broad effort to frame the global competition of the 21st century as one defined by democracies versus autocracies.” Read more about the Macron interview.