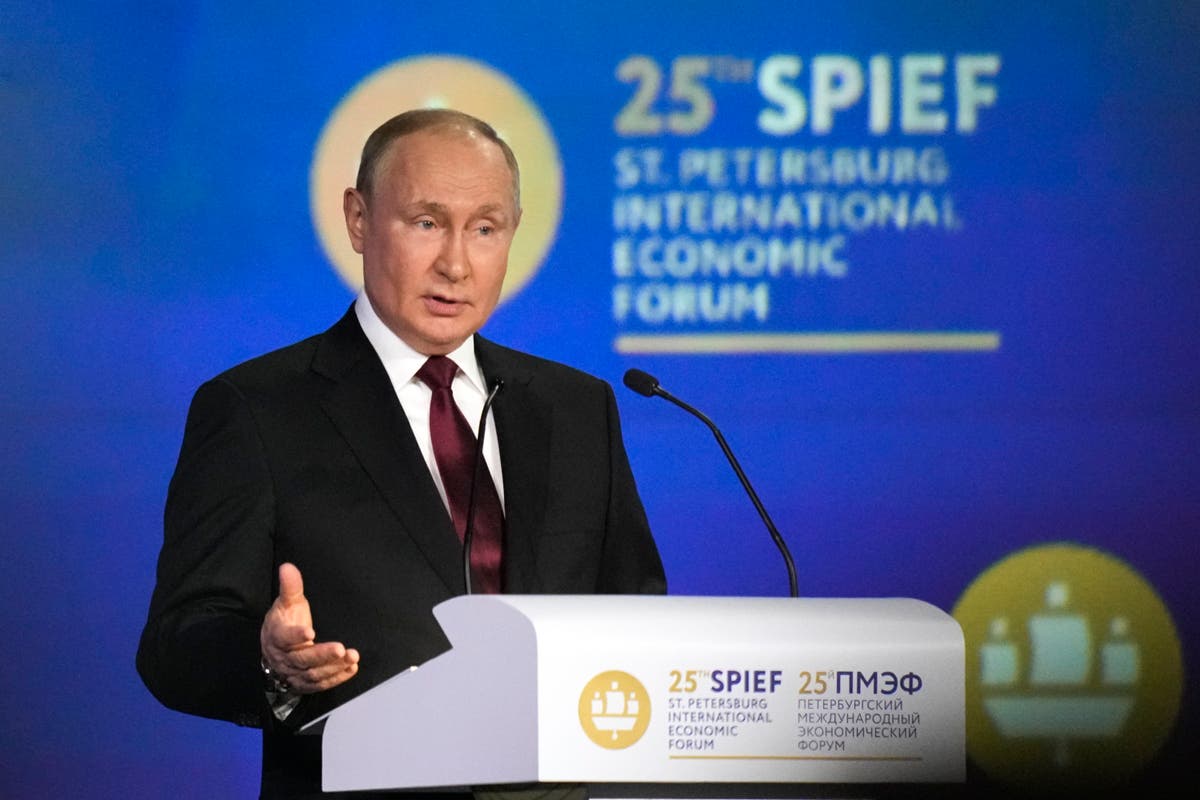 Putin began his address to the St. Petersburg International Economic Forum with a lengthy denunciation of countries that he contends want to weaken Russia, including the United States.

He said the U.S. “declared victory in the Cold War and later came to think of themselves as God’s own messengers on planet Earth.”

Russia came under a wide array of sanctions after sending troops into Ukraine in February, while hundreds of foreign companies suspended operations in Russia or pulled out of the country entirely.

“It didn’t work. Russian enterprises and government authorities worked in a composed and professional manner,” Putin said. “We’re normalizing the economic situation. We stabilized the financial markets, the baking system, the trade system.”

Putin noted that Russia’s projected inflation rate has fallen marginally but that the current projection of 16.7% annually is still too high.