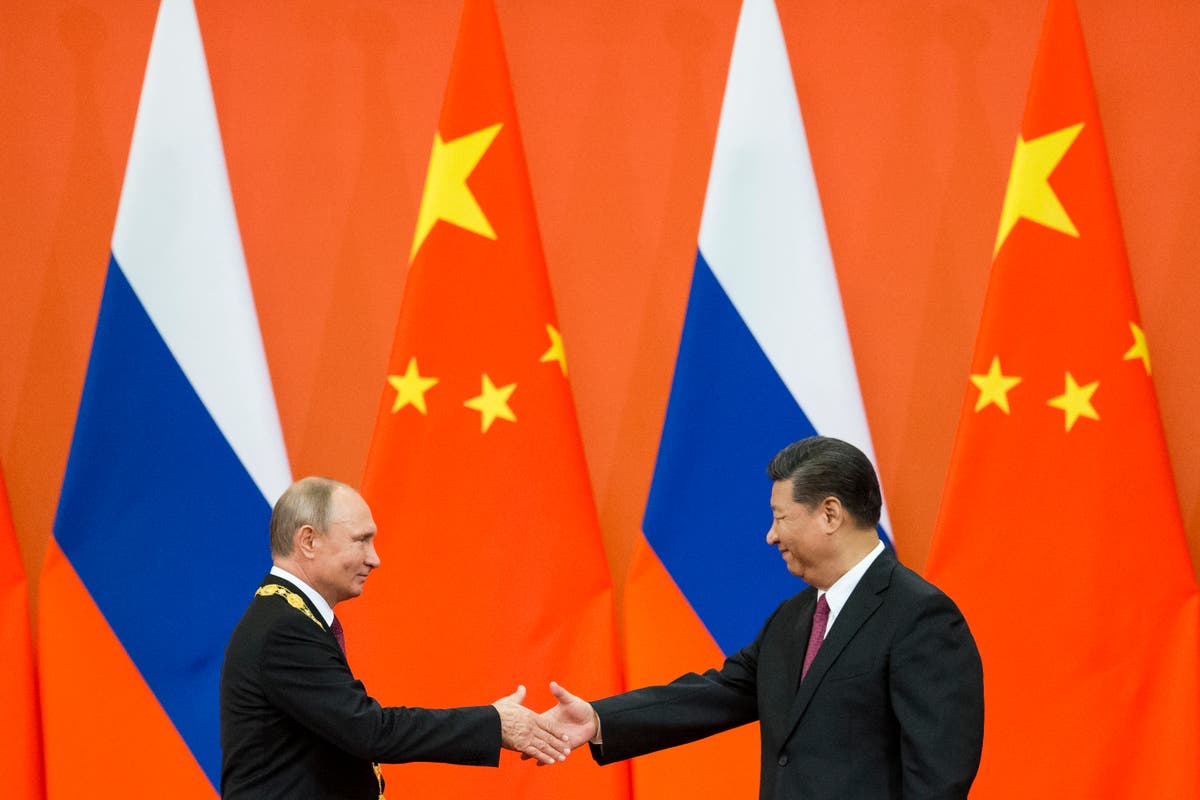 A major security and economic bloc will move closer this week toward embracing Iran as a full-fledged member, an alignment that could ease the impact of any sanctions on Tehran and bolster its strategic position and strengthen an alliance led by Moscow and Beijing.

Iran has for years sought to join the Shanghai Cooperation Organisation (SCO), a trading and security alliance of mostly authoritarian states that aspires to be a Eurasian alternative to the G7.

The summit will take place in the historic Silk Road crossroads city of Samarkand in Uzbekistan.

“There is only one way out of the dangerous spiral of problems in an interconnected world where we all live today—through constructive dialogue and multilateral cooperation based on consideration and respect for everyone’s  interests,” Uzbek president Shavkat Mirziyoyev wrote in an article ahead of the summit.

Chinese President Xi Jinping, on his first foreign trip since the outbreak of the Covid-19 pandemic, was in Kazakhstan on Wednesday ahead of  a face-to-face meeting with Russian Vladmir Putin at the summit on Thursday, their first since before the Ukraine war.

Mr Putin’s scheduled appearance comes after his forces suffered devastating military losses in northeastern Ukraine and public criticism at home about the cost of his seven-month war.

The SCO, meeting this week for its 22nd leadership summit, has struggled for relevance since its formation more than two decades ago. It lacks enforcement mechanisms, and commerce within the block is negligible, with most member states still dependent on the West for trade and technological know-how.

But it could gain new importance as hostilities mount between the west and Eurasian powers Russia and China over the Ukraine war, Taiwan and a widening range of other geopolitical and commercial matters.

Other full members of the SCO are India, Pakistan, Kazakhstan, Kyrgyzstan, Tajikistan, Pakistan, and Uzbekistan. Together the bloc comprises 40 per cent of the world’s population and nearly a third of its economy.

SCO observer states include Afghanistan, Belarus, and Mongolia. Armenia, Azerbaijan, Cambodia, Nepal, Sri Lanka and Turkey are partners and will send heads of state or high-level envoys. None of the countries are known as paragons of democracy and rule of law, and most are drifting further deeper into authoritarianism.

“It’s an organisation consisting of non-democratic regimes,” said Anna Jordanova, a scholar focusing on Central Asian politics at Association for International Affairs, a think tank in Prague The SCO helps to represent regimes the way they look now. It helps to solidify the status quo.”

Mr Putin’s appearance alongside other world leaders could improve his standing among Russians worried that Moscow’s war against Ukraine was damaging its international standing. On the other hand, other leaders may treat Mr Putin coolly at the summit, further diminishing him.

While its economic relevance flounders, Ms Jordanova said the SCO could come together over the stability of Afghanistan. The country was taken over by the Taliban last year and was the main subject of the 2021 summit.

Iran’s integration into the SCO not only gives the organisation a foothold in the Middle East and along the Persian Gulf, but could assist in Afghanistan stabilisation efforts, said Ms Jordanova.

Iran is currently at a diplomatic crossroads over the restoration of an imperilled nuclear deal that could improve its economic and political ties to the west, or further sour relations if talks collapse.

“From the perspective of Tehran, SCO membership can help legitimise the current regime.and strengthen the position of the government,” said Ms Jordanova.

“It can be a message to the West that Iran has alternatives,” she said, “Iran  can’t cut all ties to the West and turn completely to the east. But SCO membership can give Iran benefits in the longer term.”

Biden chooses veteran diplomat for new US envoy to Russia