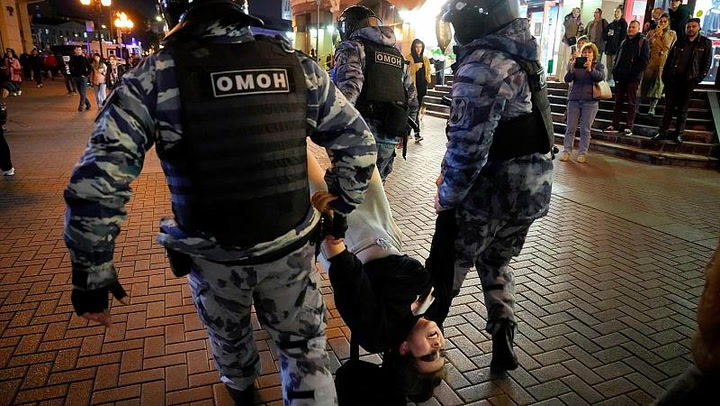 Protesters against Vladimir Putin’s move to mobilise troops for the war in Ukraine have been arrested across Russia as the announcement sparks outrage.

Despite the Russian government threatening 15-year prison sentences for those protesting the “special operation,” demonstrations broke out in several cities.

Over 700 arrests were reported by Wednesday evening (21 September), with this footage showing some of such detainments.

Mr Putin has told as many as 300,000 military reservists to prepare for service in the conflict with Ukraine.

EU foreign ministers to hold an emergency meeting on Ukraine.

Russia’s mobilization will not help the aggressor state to defeat Ukraine.