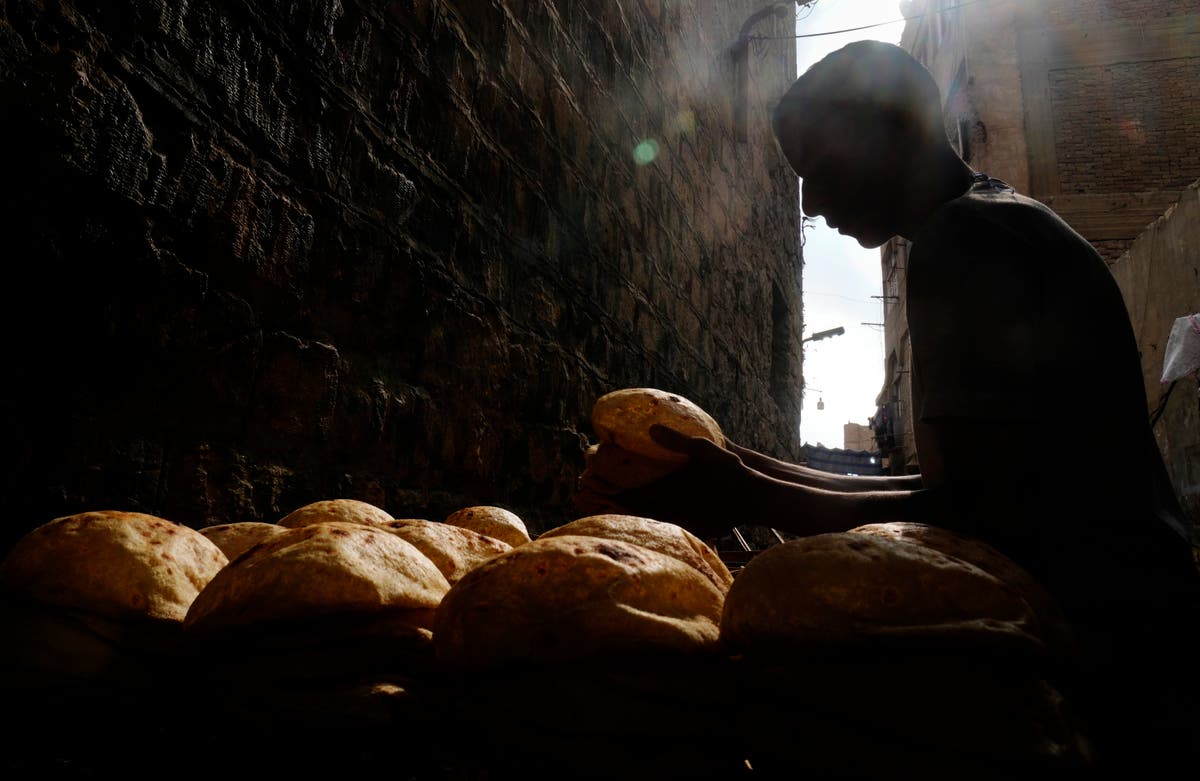 Stores are selling winter clothes from last season in the middle of summer. Repair shops lack spare parts for appliances. There’s a waiting list to buy a new car.

Egypt, a country of more than 103 million people, is running low on foreign currency needed to buy essentials like grain and fuel. To keep U.S. dollars in the country, the government has tightened imports, meaning fewer new cars and summer dresses.

For the nearly third of Egyptians living in poverty, and the millions more in poor conditions, the country’s economic woes mean life is much harder than off-season shopping — they’re seeing less food on the table. A decade after deadly protests and political upheaval rocked the Middle East’s most populous nation, the economy is still staggering and has taken new hits.

“If prices keep rising, the country will fall and won’t be safe anymore,” she said, asking to be identified only by her first name for fear of reprisal. She worries that crime and theft will increase “because people won’t have enough money to feed themselves.”

For decades, most Egyptians have depended on the government to keep basic goods affordable, but that social contract is under threat as the impact from Russia’s war in Ukraine leaves Egypt struggling to pay for grain imports for state-subsidized bread. It’s also grappling with surging consumer prices as the currency drops in value. The threat of food insecurity in the world’s largest importer of wheat, 80% of which comes from the war-torn Black Sea region, has raised concerns of instability.

“In terms of, like, bread in exchange for freedom, that contract got violated a long time ago,” said Timothy Kaldas, an economic expert at the Tahrir Institute for Middle East Policy.

Annual inflation climbed to 15.3% in August, compared with just over 6% in the same month last year. The Egyptian pound recently hit a record low against a strengthening U.S. dollar, selling at 19.5 pounds to $1. That has widened trade and budget deficits as foreign reserves needed to buy grain and fuel plunged by nearly 10% in March, shortly after Russia’s invasion sent commodity prices soaring and investors pulled billions of dollars from Egypt.

Egypt has few options to deal with the hole in its finances. As with previous crises, it’s turned to Gulf Arab allies and the International Monetary Fund for a bailout.

A new IMF loan would buoy Egypt’s dwindling foreign reserves, which have fallen to $33 billion from $41 billion in February. A new loan, however, will add to Egypt’s ballooning foreign debt, which climbed from $37 billion in 2010 — before the Arab Spring uprisings — to $158 billion as of March, according to Egyptian central bank figures.

Leaders blame the challenges on the coronavirus pandemic, which hurt the vital tourism industry, and price shocks sparked by the war in Ukraine. They’ve also faulted revolutionaries.

“Why don’t you want to pay the cost of what you did in 2011 and 2013?” President Abdel Fattah el-Sissi said in televised remarks this month. “What you did — didn’t that negatively impact the economy?”

He was referring to protests, which toppled Egypt’s longtime president, ushered in a divisive Muslim Brotherhood presidency, and resulted in a populist-backed power grab by the military and el-Sissi’s ascension to power.

The former military general said the fallout from those years cost Egypt $450 billion — a price, he said, everyone must bear.

Critics, however, argue the government has squandered chances to make real reforms and is overspending on superfluous mega-projects as it builds a new administrative capital. The government has touted the construction boom as a job producer and economic engine.

The state’s hold over the economy and the “outsized role of military-related enterprises” have historically crowded out foreign investors and the private sector, said Hasnain Malik, who heads equity research at Tellimer, an emerging-markets investment analysis firm. The government’s plans to sell off minority stakes in some state-owned enterprises “does not necessarily fix this problem,” he said.

Egypt’s elite can withstand rising costs, living comfortably in Nile-view apartments and gated communities around Cairo. Life for middle-class Egyptians is deteriorating, said Maha, a 38-year-old tech company employee and mother of two who asked to only be identified by her first name to speak freely.

“I think we will eventually move down the social ladder and end up below the poverty line,” she said.

The government took out a $500 million loan from the World Bank this summer and $221 million from the African Development Bank to help buy wheat. That covers around six weeks of a bread subsidy program supporting 70 million low-income Egyptians.

China assisted with a $2.8 billion currency swap. Saudi Arabia, the United Arab Emirates and Qatar stepped in with pledges of $22 billion in short-term deposits and investments.

“Having what they define as stability in Egypt is in their strategic interests. They really don’t want to go through a repeat of 2011 and its aftermath,” said David Butter, an associate fellow at international affairs think tank Chatham House.

The government announced an “extraordinary” social protection program to roll out this month, targeting 9 million families with extended cash transfers and food coupons. This is on top of other assistance programs, including pop-up stands selling subsidized food staples. Officials point to how they managed the supply crunch brought on by the pandemic and the war in Ukraine, saying there is enough wheat and other basic food items for six months.

For some, the country offers no hope. Egyptians rank behind only Afghans as the top nationality of “irregular arrivals” to Europe so far this year, according to the International Organization for Migration’s flow chart. Most arrive by sea.

As pressure mounts on the Egyptian pound, the government could devalue the currency again.

“It’s going to hurt. It’s going to increase inflation,” said Kaldas, the Tahrir Institute economic expert. “Subsidies on bread is only one line-item in a family’s budget. So, for a lot of families, this is still going to be a lot of pain.”

Italians vote in election that could take far-right to power