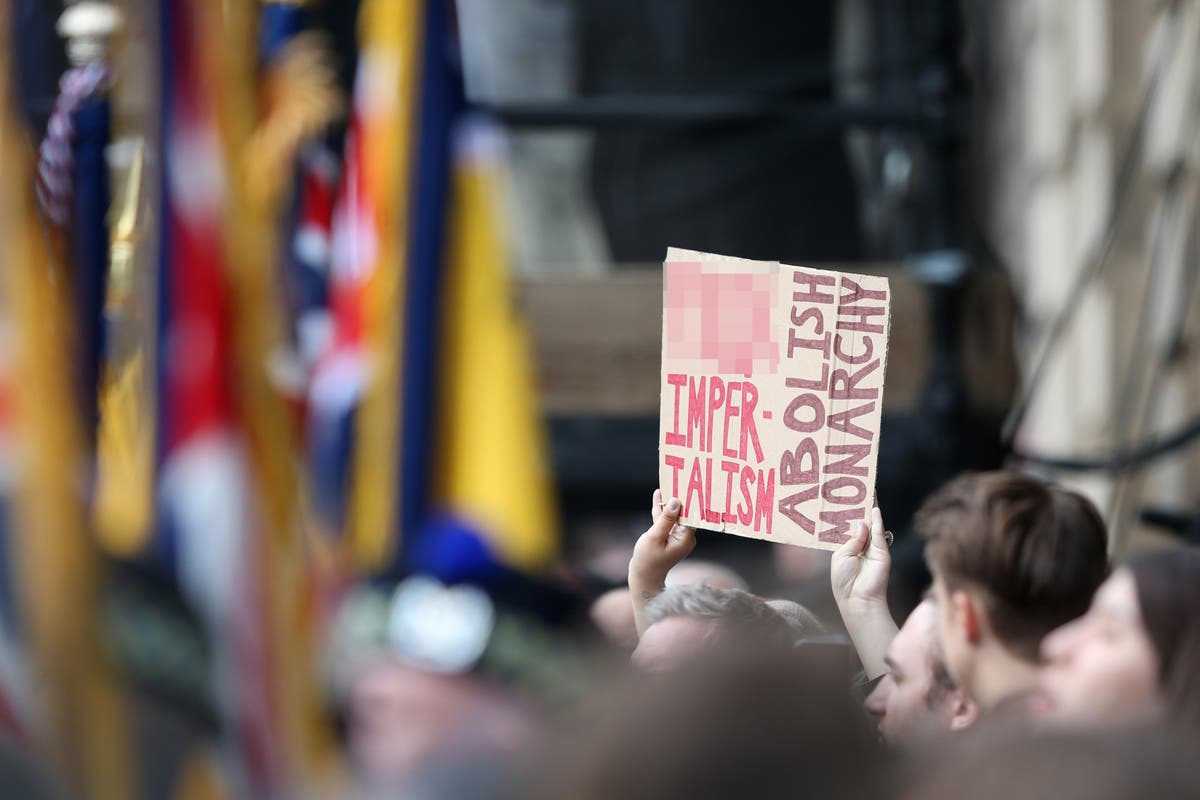 Police who arrested protesters for holding up pieces of paper with anti-monarchy slogans did not understand the law, a top officer has admitted.

Ken Marsh, chair of the Metropolitan Police Federation, acknowledged people have a “100 per cent” right to stage such protests – amid anger over heavy-handed crackdowns across the country.

There should be “no issues whatsoever” when they take place, he said, adding: “That’s part of our democracy, that’s what we are.”

Asked why, in that case, there have been arrests or threatened arrests in London, Edinburgh and Oxford, Mr Marsh first argued “the messaging wasn’t correct”.

He then admitted: “It was clear that some of my colleagues weren’t aware what people can and can’t do in terms of holding up pieces of paper.”

The embarrassing admission comes after a woman was led away from parliament by police after she unfurled a hand-drawn sign reading ‘Not My King’ on Monday.

In Oxford, a man was arrested and handcuffed by police after he inquired ‘who elected him?’ during a proclamation ceremony for King Charles III.

In Edinburgh, a woman who held up an ‘abolish monarchy’ sign was charged with breaching the peace – as was a man who heckled Prince Andrew as he walked behind the Queen’s coffin.

And, in London, a barrister filmed himself being threatened with arrest by an officer who warned him that writing ‘Not My King’ on a piece of paper was unacceptable because if ‘”may offend” people.

Paul Powlesland likened the incident to police in Russia dragging away a woman for holding up a blank piece of paper to protest against the invasion of Ukraine.

Keir Starmer refused to comment on the police’s actions, instead urging republicans to respect supporters who had made “a huge effort” to pay respects to the Queen.

Liberated Ukrainians tell of torture and killings by Russian forces