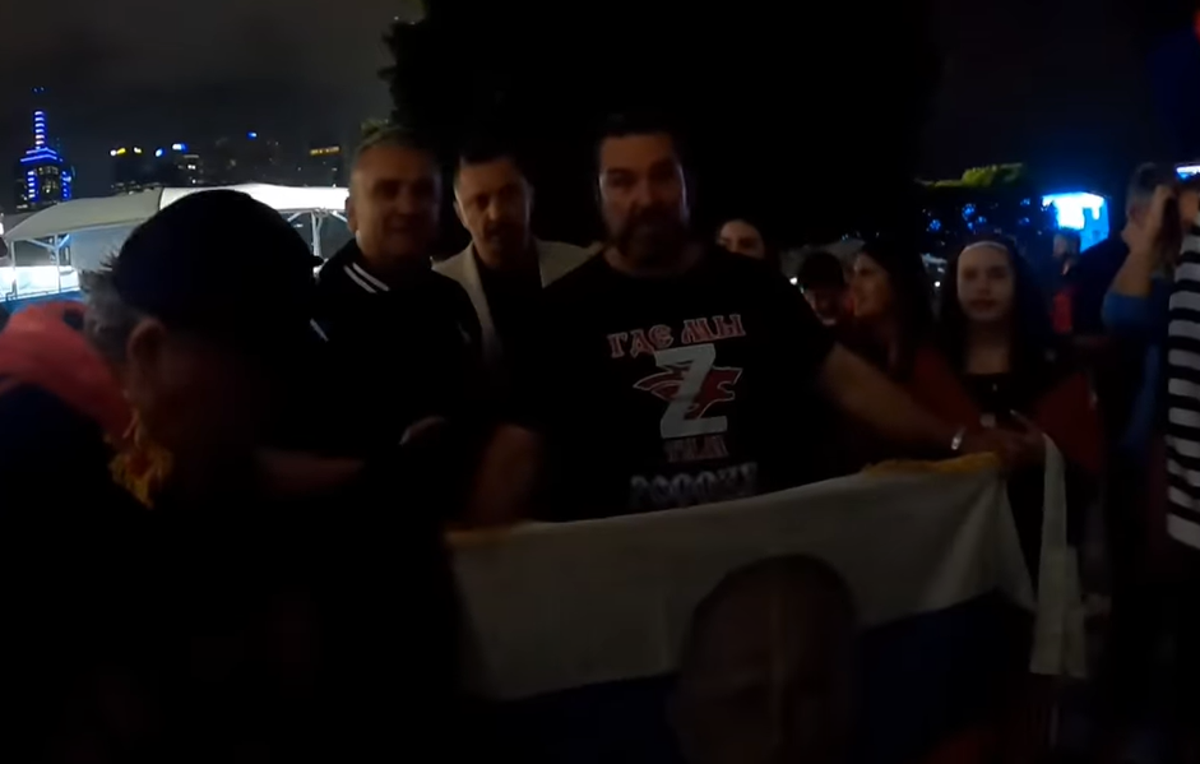 Novak Djokovic’s father has been filmed posing for pictures with a group of Vladimir Putin supporters at the Australian Open.

Srdjan Djokovic can be seen alongside a man holding a Russian flag with Putin’s face on it, in footage that emerged on YouTube.

The man was also wearing a t-shirt with the letter ‘Z’ on it, which has become known as the makeshift logo of the Russian invasion of Ukraine. While Srdjan Djokovic poses for pictures, the man also appears to shout: “Long live Russia”.

They could be seen chanting in support of Russia, while the face of Putin was also visible alongside flags of Russia and Djokovic’s native Serbia.

Srdjan Djokovic’s encounter with the group while he was leaving the Rod Laver Arena has led to a statement from Tennis Australia reminding “players and their teams” of their responsibilities.

A statement said: “A small group of people displayed inappropriate flags and symbols and threatened security guards following a match on Wednesday night and were evicted. One patron is now assisting police with unrelated matters.

“Players and their teams have been briefed and reminded of the event policy regarding flags and symbols and to avoid any situation that has the potential to disrupt. We continue to work closely with event security and law enforcement agencies.”

Russian flags have been banned from the tournament since one appeared in the crowd during the match between Ukraine’s Kateryna Baindl and Russia’s Kamilla Rakhimova last week.

Russian and Belarusian players were banned from competing at Wimbledon last summer following the invasion of Ukraine but they are allowed to play at the other three grand slams and on the men’s and women’s professional tours under a neutral flag.