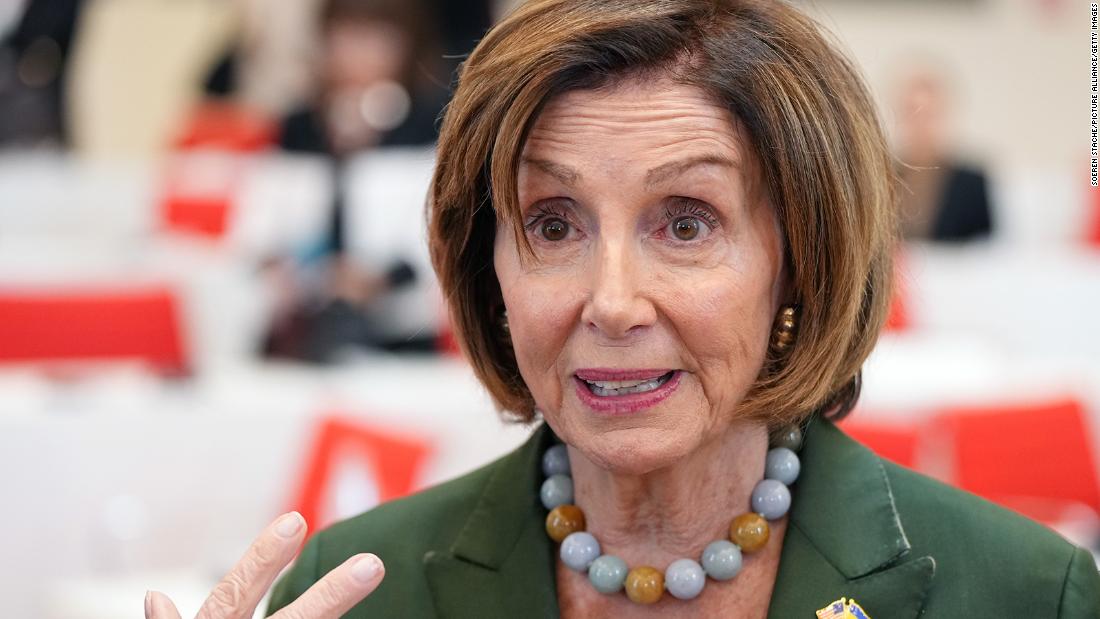 The trip is intended to highlight the United States’ “firm commitment to a peaceful, prosperous and democratic Armenia, and a stable and secure Caucasus region,” the California Democrat said in a statement Saturday.

Joining Pelosi are Democratic lawmakers she referred to on Twitter as “proud and longtime champions of Armenia”: Reps. Frank Pallone of New Jersey and Jackie Speier of California, co-chairs of the Congressional Caucus on Armenian Issues; and Rep. Anna Eshoo of California, a member of the caucus. Both Speier and Eshoo are of Armenian heritage.
The visit follows deadly clashes earlier this week along the border between Armenia and Azerbaijan. The two former Soviet states have been in a decades-old dispute over the territory of Nagorno-Karabakh. The violence this week led to concerns that the two nations could be on the verge of reigniting their conflict, but a senior Armenian official said late Wednesday that a truce had been agreed with Azerbaijan.
Both the US House and Senate, in 2019, approved a resolution that would “commemorate the Armenian Genocide through official recognition and remembrance” of “the killing of 1.5 million Armenians by the Ottoman Empire from 1915 to 1923.”
Turkey has maintained that the killings do not constitute genocide, saying that it was wartime and there were losses on both sides. Turkey also disputes the death toll, putting the figure closer to 300,000.

“It is the moral duty of all to never forget: an obligation that has taken on heightened urgency as atrocities are perpetrated around the globe, including by Russia against Ukraine,” Pelosi said in her statement Saturday.

She also added that the congressional delegation will meet with Armenian government leaders in the nation’s capital of Yerevan, including Alen Simonyan, speaker of the Armenian National Assembly, as well as members of the security establishment and civil society members, according to Pelosi.

Pelosi and the delegation members are scheduled to hold a news conference Sunday afternoon local time following a bilateral meeting with Simonyan, her office said. Pelosi is also expected to deliver remarks at the Cafesjian Center for the Arts to “reaffirm America’s strong support for the people of Armenia and for their security and democracy,” according to her office.

Earlier in the week, Pelosi attended a summit of parliamentary speakers of G7 nations in Germany, where she spoke on Friday about the “ongoing and unified response” to Russia’s war against Ukraine.

She recently made another high-profile foreign trip, visiting Taiwan in August to show support for the self-ruled island — a move that greatly angered Beijing and added strain to the US-China relationship.
In response to Pelosi’s visit to Taiwan, China announced sanctions on the speaker and her immediate family, suspended cooperation with the US on several issues, including climate change talks, and conducted several military drills around the island.

China’s ruling Chinese Communist Party views Taiwan as part of the country’s territory, despite having never controlled it, and has long vowed to “reunify” the island with the Chinese mainland, by force if necessary.