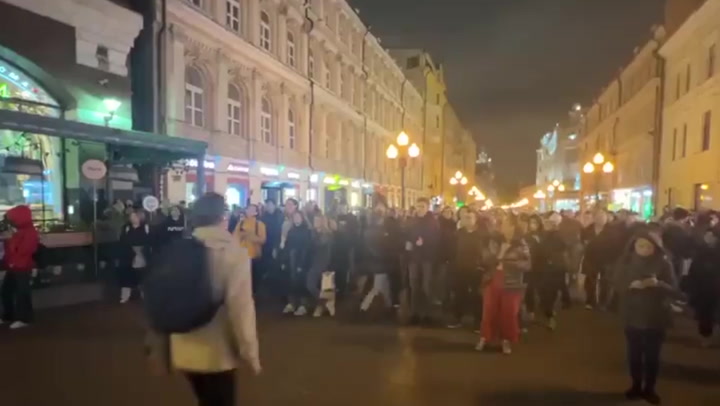 Protesters in Moscow shouted “send Putin to the trenches” as part of demonstrations in the Russian capital following president Vladimir Putin’s announcement of a partial mobilisation.

Anti-mobilisation rallies were held in cities such as Moscow and St Petersburg on Wednesday, 21 September, after defence minister Sergei Shoigu said that 300,000 reservists will be called up.

The Moscow prosecutor’s office has warned that joining unauthorised street protests could result in up to 15 years in jail.

According to Russian human rights group OVD-Info, more than 1,300 protesters were arrested.

Think tanks are ruining politics for the rest of us