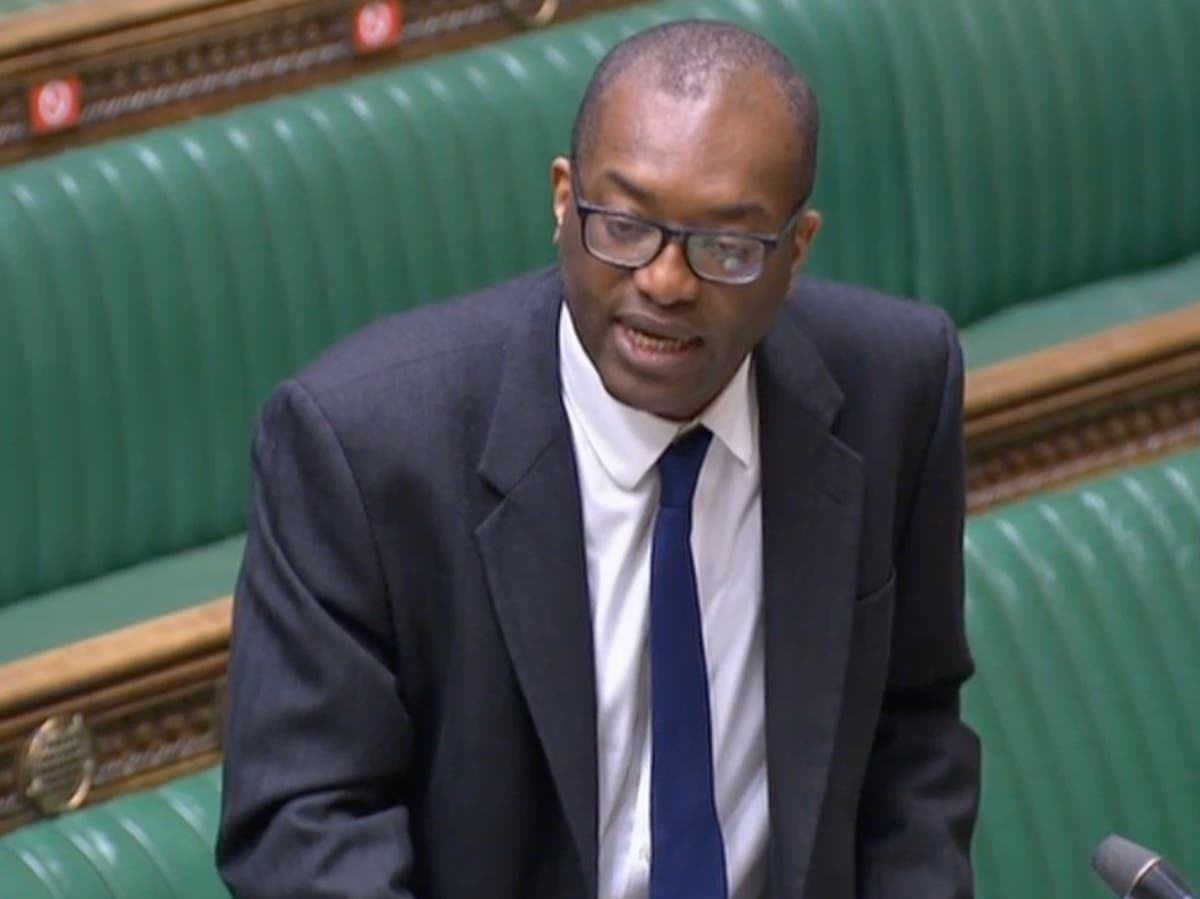 The chancellor is set to announce tens of billions of pounds’ worth of extra spending and tax cuts today in a mini-budget, officially known as a “fiscal event”.

Kwasi Kwarteng will pledge to “turn the vicious cycle of stagnation into a virtuous cycle of growth” as he sets out the new government’s approach to the economy.

His statement is expected to set out how the government will fund the energy price cap for households and businesses as well as details of many of Liz Truss’s tax-slashing promises.

The government is dubbing it a “growth plan” as the UK faces a cost-of-living crisis, recession, soaring inflation and climbing interest rates.

The chancellor is also set to axe a planned increase in corporation tax and scrap the cap on bankers’ bonuses.

It has been reported that he will cut stamp duty, and proposals to fast-track a scheduled 1p cut to income tax and to slash VAT are reportedly also being considered.

Chancellor to give timetable for OBR forecast

Kwasi Kwarteng has said he will provide a timeline for an independent economic forecast from the Office for Budget Responsibility (OBR) during his mini-budget.

The chancellor has faced criticism for refusing to publish a forecast of the UK’s economic outlook alongside his fiscal statement.

Earlier this week, the Commons Treasury Committee wrote to Mr Kwarteng insisting the fiscal event should be accompanied by OBR data.

In a letter responding to the committee, he wrote: “In the first days of the new Government, we have provided significant support for households and businesses and are acting swiftly to set out a growth plan to Parliament on Friday.

“We remain committed to two forecasts in this fiscal year, as required by legislation. I will provide an update on the timetable for an OBR forecast during my statement to the House on September 23.”

A 0.5 percentage-point rise to interest rates announced on Thursday was smaller than expected – but will nonetheless add nearly £600 to the annual average tracker mortgage and experts are predicting more rises to come.

The Bank of England’s move to deliver 2.25 per cent defied market expectations and came despite the US Federal Reserve announcing its third 0.75-point hike in a row.
It said it now expects a 0.1 per cent fall in GDP over the current quarter, indicating that Britain is in a recession.

The rise takes rates to their highest since December 2008 – from 1.75 per cent, in an effort to grapple with big increases in the cost of living, reports Thomas Kingsley.

Interest rates rise by 0.5% as Bank of England says UK ‘already in recession’

Kwasi Kwarteng is set to announce the creation of low-tax, low-regulation investment zones in his mini-budget on Friday.

The government is in talks with dozens of local authorities in England to set up zones.

The chancellor is expected to tell the House of Commons: “The time it takes to get consent for nationally significant projects is getting slower, not quicker, while our international competitors forge ahead. We have to end this.”

More on the areas that are in discussion to become an investment zone in this report:

The Government is in talks with 38 local and mayoral combined authority areas in England to set up new investment zones.

The path to growth under Truss is far from certain

Can Trussonomics work? Or more precisely, is the core economic idea of Liz Truss that tax cuts will lead to faster economic growth a credible one?

People work harder if they are allowed to keep more of their own money, writes columnist Hamish McRae.

Interest rates rise by 0.5% as Bank of England says UK ‘already in recession’

Path to growth with Trussonomics uncertain

People work harder if they are allowed to keep more of their own money, writes Hamish McRae – but evidence from Europe, the US and Ireland that cutting taxes stimulates growth is weak:

Trussonomics: Can it work? People work harder if they are allowed to keep more of their own money, writes Hamish McRae

Boris Johnson made a significant verbal slip-up as he thanked Vladimir Putin instead of Volodymyr Zelensky for his “inspirational leadership”.

In his first major contribution as a backbench MP during a Commons debate, the Conservative former prime minister said it is important to “double down in our defence of the Ukrainians” if Mr Putin doubles down on his “aggression”.

As he listed the reasons why Ukraine’s counter-offensive is proving to be successful, though, Mr Johnson inadvertently thanked Mr Putin for his “inspirational leadership”, before quickly correcting himself and thanking Mr Zelensky.

The Liberal Democrats are demanding the government cancel the upcoming parliamentary recess to allow proper scrutiny of the chancellor’s mini-budget.

MPs had been due to break for the conference season yesterday, but are now sitting a day longer to make time for Kwasi Kwarteng’s fiscal statement today, which is expected to put into practice many of the tax-cutting promises made by Liz Truss during the Tory leadership campaign.

The Commons is due to return from the recess early, on 11 October.

The break has been cut short to push on with business following a pause in politics in the wake of the Queen’s death.

But the Lib Dems said the recess is unnecessary and accused the government of using it to avoid scrutiny.

The Commons is due to break for the conference season after the Chancellor’s fiscal statement on Friday.

Has Northern Ireland reached something of a tipping point?

To great excitement, the Northern Ireland Statistics and Research Agency has released some of the results of the 2021 census and, for the first time, the proportion of the population stating they are Catholic, or brought up Catholic, has now overtaken those with a declared Protestant identity.

A tiny increase in non-Christians and a bigger jump in those of no religion (now almost 10 per cent) helps balance the numbers up.

Not all Catholics are committed nationalists, let alone republicans; and not all Protestants are unionists, let alone loyalists, writes our associate editor Sean O’Grady.

The government should not announce major tax cuts without an independent economic forecast from the Office for Budget Responsibility, the head of an economic think tank has warned.

The government is not allowing the OBR to make the forecasts that it usually publishes alongside a budget.

But Torsten Bell, the chief executive of the Resolution Foundation, said it was “almost inconceivable that any reasonable forecast from the OBR wouldn’t show debt rising throughout the forecast period”.

Speaking to MPs on the Treasury Select Committee, he also criticised the government’s decision to tie the OBR’s hands.

“It is not a good idea to be announcing large, permanent tax cuts without an underlying economic forecast,” he said.

He also said that Jacob Rees-Mogg was wrong to say that the OBR “has always been wrong”.

Scotland’s deputy first minister has claimed UK government policies have created more poverty after a report suggested the number of children living in poverty in Scotland had risen since 2017.

Speaking to BBC Scotland on Thursday evening, John Swinney said the Scottish government was acting against a “tide” of various changes from the UK government that “create more poverty”.

A briefing paper published by Audit Scotland on Thursday showed around a quarter of children in Scotland were living in poverty between 2017-20, an increase of 3 per cent since figures collated between 2011 and 2014.

“Child poverty is lower in Scotland than it is in other parts of the United Kingdom and that’s a consequence of steps we have taken in relation to measures such as the Scottish Child Payment,” Mr Swinney said.

Moscow-held regions of Ukraine vote whether to join Russia