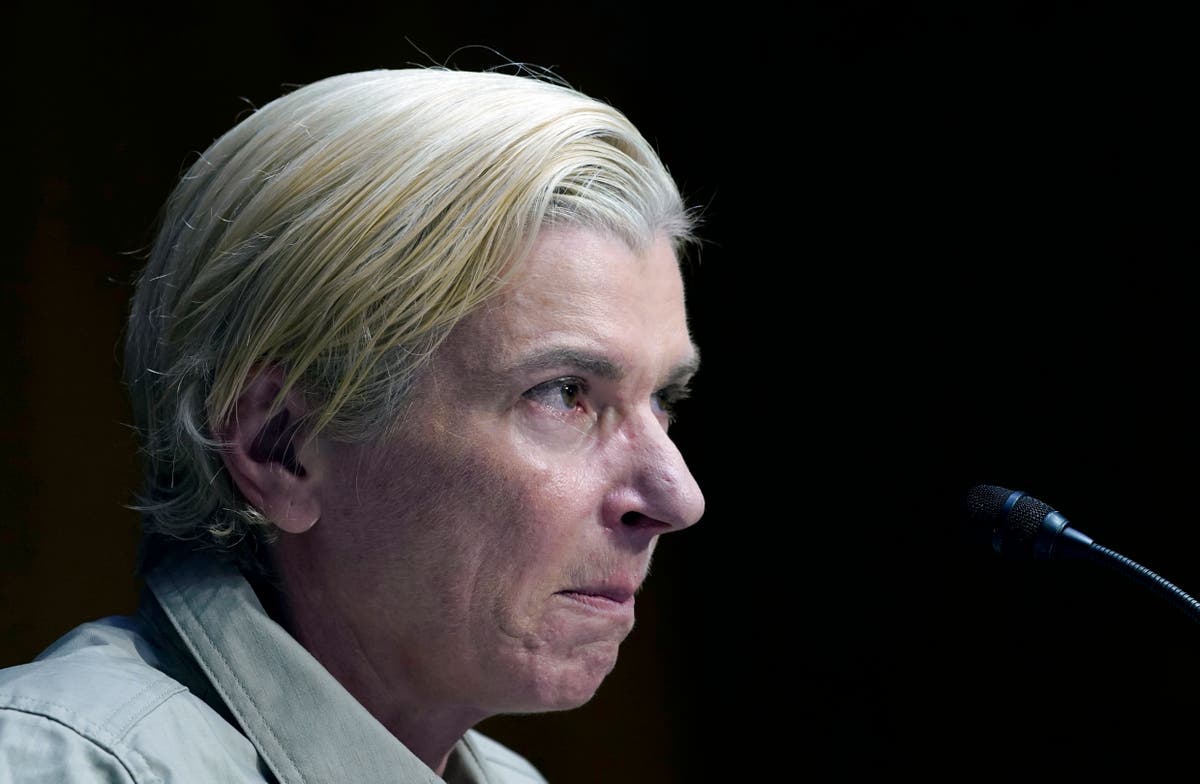 A life-saving Ukrainian volunteer medic captured by Russian forces during their deadly siege of the port city of Mariupol told U.S. lawmakers Thursday how Russians routinely tortured her and others, killing many detainees, in her most detailed public account of her months in captivity.

Yuliia Paievska, detained in Mariupol in March and held by Russian and pro-Russian forces for three months, spoke to lawmakers with the Helsinki Commission, a government agency created in part to promote compliance with human rights internationally.

Known to Ukrainians by the nickname Taira, Paievska became a popular figure in her home country. Her care of the wounded during the ongoing Russia-Ukraine war received global attention after her bodycam footage was provided to The Associated Press.

“Do you know why we do this to you?” a Russian asked Paievska as he tortured her, she recounted to the commission. She told the panel her answer to him: “Because you can.”

A 7-year-old boy died in her lap because she had none of the medical gear she needed to treat him, she said.

Russian captors made Ukrainian prisoners remove their clothes before the Russians set to bloodying and tormenting them, she said. Prisoners lingered in pain, screaming, for weeks before dying.

“Then in this torment of hell, the only things they feel before death is abuse and additional pain,” she said.

Paievska had been one of thousands of Ukrainians believed to have been taken prisoner by Russian forces. Mariupol’s mayor said that 10,000 people from his city alone disappeared during what was the monthslong Russian siege of that city. It fell to Russians in April, with the city all but destroyed by Russian bombardment, and with countless dead.

The Geneva Conventions single out medics, both military and civilian, for protection “in all circumstance. ” Sen. Ben Cardin, a Maryland Democrat and co-chair of the Helsinki Commission underscored that the conditions she described for civilian and military detainees violated international law. Rep. Joe Wilson, R-S.C., called Russian President Vladimir Putin a war criminal.

Before she was captured, Paievska had recorded more than 256 gigabytes of harrowing bodycam footage showing her team’s efforts to save the wounded in the besieged city. She got the footage to Associated Press journalists, the last international team in Mariupol, on a tiny data card.

The journalists fled the city on March 15 with the card embedded inside a tampon, carrying it through 15 Russian checkpoints. The next day, Paievska was taken by pro-Russia forces.

Three months passed before she emerged on June 17, thin and haggard, her athlete’s body more than 10 kilograms (22 pounds) lighter from lack of nourishment and activity. She said the AP report that showed her caring for Russian and Ukrainian soldiers alike, along with civilians of Mariupol, was critical to her release.

Paievska previously had declined to speak to journalists about conditions in detention, only describing it broadly as hell. She swallowed heavily at times Thursday while testifying slowly in a mix of Ukrainian and halting English.

“It’s very unpleasant” to speak of what happened there, she said.

Follow AP’s coverage of the Russia-Ukraine war at: https://apnews.com/hub/russia-ukraine