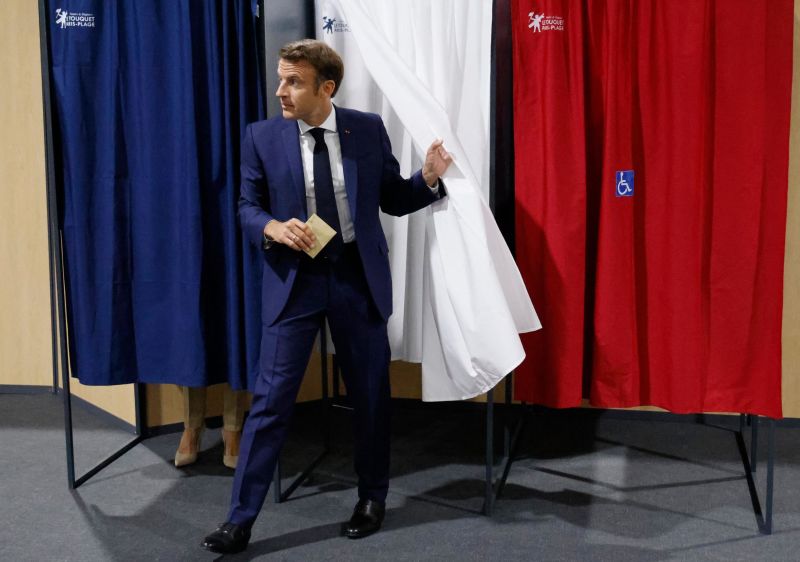 French President Emmanuel Macron warned of a global “crisis of democracies” following years of “pressure” and “destabilization” efforts in an exclusive US interview with CNN’s Jake Tapper.

“I think we have [a] big crisis of democracies, of what I would call liberal democracies. Let’s be clear about that. Why? First, because being open societies and being open and very cooperative democracies put pressure on your people. It could destabilize them,” Macron said an interview taped Wednesday, which will air Thursday on CNN’s “The Lead.”

“And this is why we have to always articulate the respect of people’s willingness, middle class references, and all the progress made by our democracies welcoming different cultures, being open and cooperative. This is a matter of balance,” he continued.

“It’s clear that during the past few years we’ve had an increasing pressure on our societies and we are at the point where, in our different countries, there is what I would call a crisis of middle classes.”

Macron’s comments echo President Joe Biden’s broad effort to frame the global competition of the 21st century as one defined by democracies versus autocracies. Such warnings have taken on new weight in recent months as fears of a global recession loom and threats to democracy fester alongside Russia’s unprovoked war in Ukraine.

Macron won reelection in April with a pitch to voters of a globalized, economically liberal France at the head of a muscular European Union.

But the performance of his far-right opponent, Marine Le Pen, served as the latest indication that the French public is turning to extremist politicians to voice their dissatisfaction with the status quo.