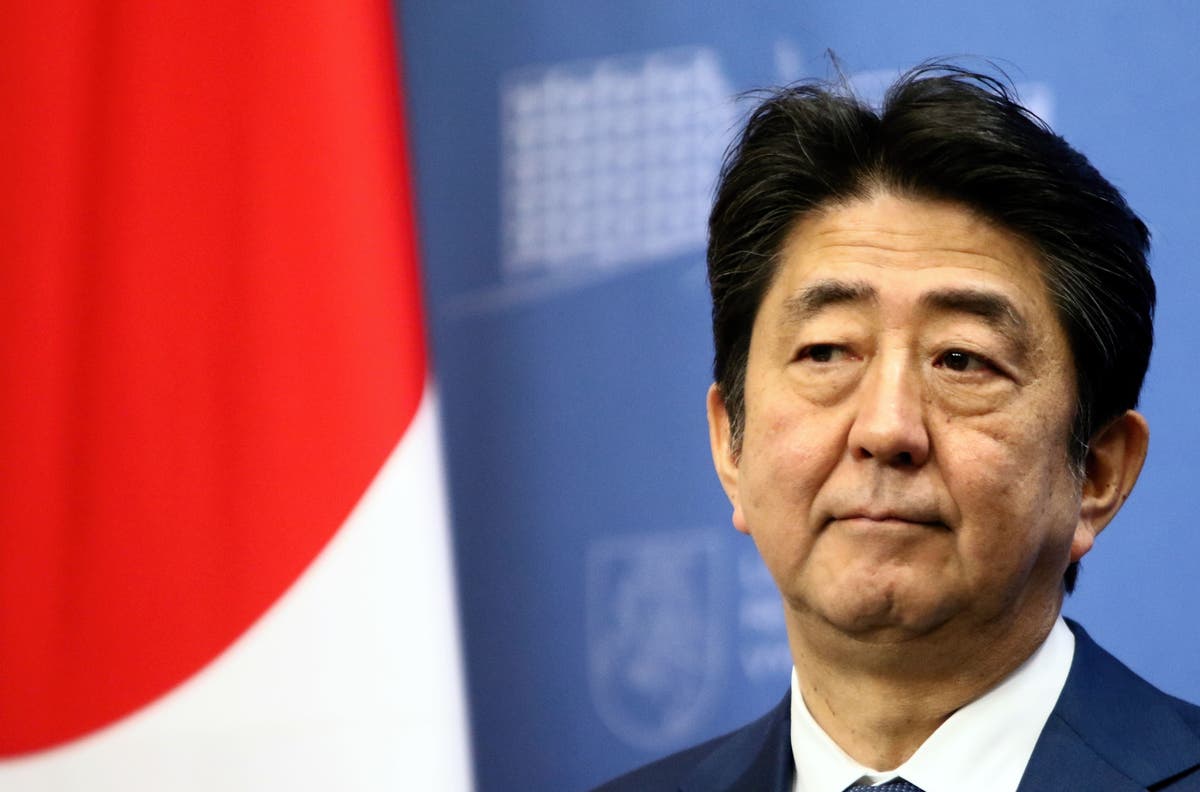 The Japanese government is preparing to hold a lavish state funeral for Shinzo Abe on Tuesday amid protests against the taxpayer-funded ceremony for the country’s longest-serving, but discordant, leader.

The government announced on Friday that it will hold the state funeral at a projected cost of up to $12m to the public because of hefty security and reception fees to host foreign dignitaries.

Abe was the country’s longest-serving prime minister and was the president of the ruling Liberal Democratic Party. He was assassinated on 8 July while giving a campaign speech.

The event for Abe has been criticised by the public in recent months because of the cost incurred for the elaborate arrangements to be made.

A man was rushed to the hospital after he set himself ablaze near the prime minister’s office to oppose Abe’s funeral, according to public broadcaster NHK news.

Here is everything you need to know about Abe’s funeral and the controversy around it.

Why are people so opposed to the funeral?

The opposition has largely been fuelled by revelations of links Abe and his Liberal Democratic Party (LDP) had to the Unification Church, which became widely known after he was gunned down on the campaign trail in July.

The suspect in the shooting accused Abe of promoting the group, which critics call a cult due to its mass weddings and aggressive fund-raising tactics.

The suspect said the church had impoverished his family, according to police.

Since then an investigation by the LDP has concluded that 179 of its 379 lawmakers had interacted with the church.

The rising cost of the funeral, which the government estimates at 1.65 billion yen ($11.5m), has added fuel to the fire at a time of economic hardship for many.

Japan’s last fully state-funded funeral for a prime minister was for Shigeru Yoshida in 1967. Subsequent ones have been paid for by both the state and the LDP.

The state funeral is not an established practice in Japan and is usually done only for members of the imperial family.

Who is going to attend Abe’s funeral?

Around 6,000 guests are expected to attend the funeral service.

Among the foreign dignitaries who have been announced as attendees of the state funeral are US vice president Kamala Harris, former British prime minister Theresa May, and former French president Nicolas Sarkozy.

Canadian prime minister Justin Trudeau was scheduled to attend the funeral, however, as the extent of the damage by storm Fiona became clear, he cancelled his trip to Japan.

Indian prime minister Narendra Modi and Australian prime minister Anthony Albanese will also be present. They are among the leaders in “the Quad” security framework among Japan, the United States, Australia and India, launched at the initiative of Abe to counter China.

From neighboring countries, South Korean PM Han Duk-soo is scheduled to attend the funeral. The Chinese government has yet to make a related announcement.

Russian President Vladimir Putin will not show up because Japan has imposed sanctions on his country for invading Ukraine.

What will the ceremony entail?

The memorial service is expected to last for an hour and a half.

After entering the hall, attendees will listen to a speech given by Matsuno, the deputy chair of the funeral committee. They will then rise for the national anthem before observing a moment’s silence.

When and where is the funeral being held?

The funeral is slated to start at 2pm on Tuesday at the Nippon Budokan in central Tokyo.

What has current PM Fumio Kishida said about this funeral?

PM Kishida has apologised and pledged to win back public trust by asking LDP lawmakers to sever ties with the Unification Church. He has acknowledged the funeral lacks overwhelming public support but has repeatedly sought to justify his decision.

He has praised Abe’s domestic and diplomatic contributions as well as his legacy of his lengthy tenure as reasons why a state funeral is warranted.

During his two stints in office, from 2006 to 2007 and 2012 to 2020, Abe’s nationalist rhetoric and muscular defence policy riled many Japanese wary of any change to the country’s pacifist constitution drawn up after World War II.

‘I don’t want to die for someone else’s ambitions’: Russian men face mobilization