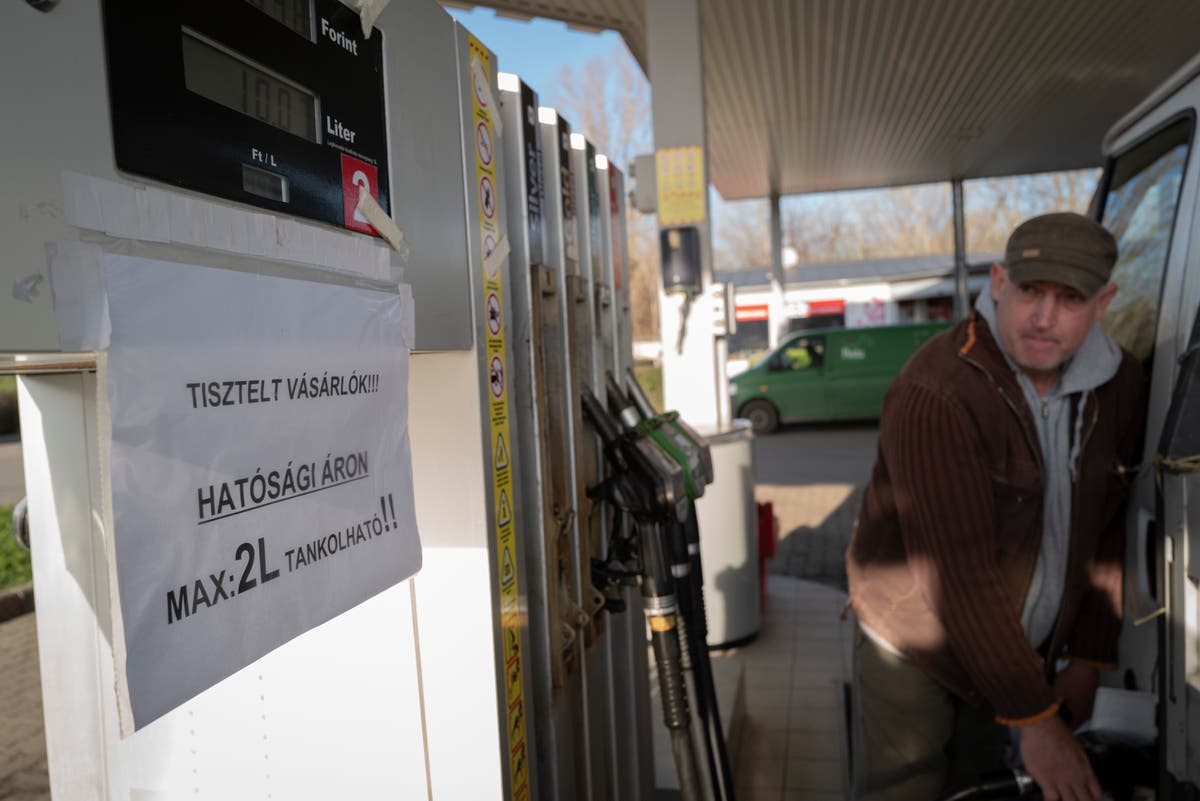 Hungary’s government cancelled a state-imposed cap on fuel prices late Tuesday after a recent wave of panic-buying among motorists led to fuel shortages and long lines at filling stations across the country.

The prices of gasoline and diesel at fuel pumps will be set according to market rates as of 11 p.m. Tuesday, government minister Gergely Gulyas announced at a news conference.

The move brings an end to more than a year of government-mandated price controls that had strained the ability of the state energy company to keep up with demand.

Gulyas blamed the end of the price cap, which from November 2021 limited fuel prices to 480 forints ($1.22) per liter, on European Union sanctions placed on Russia over its invasion of Ukraine.

But soaring fuel consumption — up some 25% in Hungary since last year — as well as production difficulties at a Hungarian oil refinery have led to state energy company MOL struggling to supply filling stations with adequate quantities of price-capped fuel.

“The government maintained the price cap as long as it could,” Gulyas said. The price cap had been due to expire Dec. 31.

Earlier on Tuesday, MOL issued a statement saying it had reached the end of its logistical capacities to keep up with the demand as consumers rushed gas stations amid rumors of pumps running dry.

MOL chief Zsolt Hernadi said at the news conference that Hungary had been hit with long lines at gas stations not seen since shortages in Hungary’s Soviet-dominated socialist period in the 1970s.

Gulyas acknowledged that the lifting of the price cap on fuel is likely to increase inflation in Hungary — already the third-highest in the EU at 21.1%.

The government has not yet decided on whether a price cap on basic foodstuffs would continue after the new year, he said, a measure that has caused similar shortages of staples like sugar, flour and other products on store shelves.

Boldizsar Gyori contributed to this report.