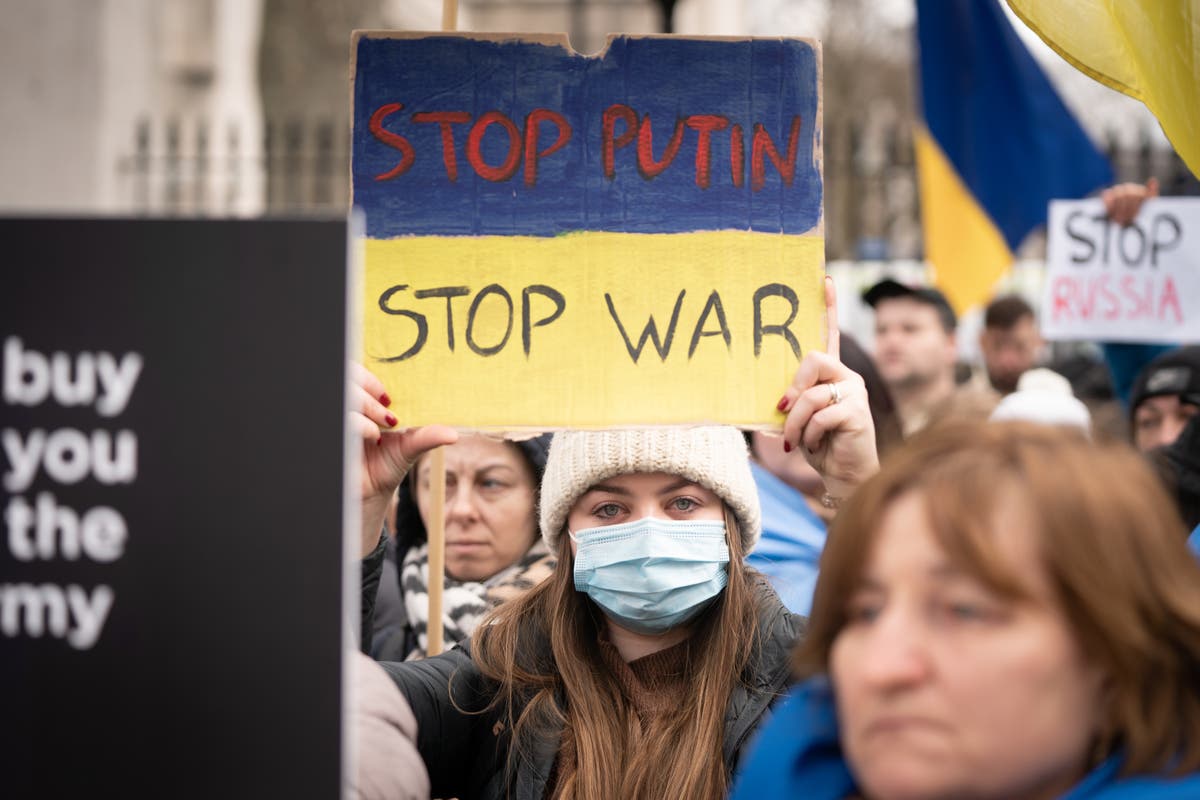 Councils are bracing themselves for an influx of homeless refugees amid warnings the government has “no plan” for the continuation of its flagship Homes for Ukraine scheme.

With hosts facing increased pressures from the rising cost of living, many local authorities are worried Ukrainian families will be left homeless when the initial six-month arrangements end.

Refugees, hosts and councillors are also concerned about how Ukrainians will find independent accommodation in an increasingly competitive rental market.

In a snap-shot survey of 64 councils, 61 per cent told The Independent that they were worried about an increasing number of Ukrainians presenting as homeless or being at risk of homelessness in the coming months. That was compared to 14 per cent who weren’t worried, and 25 per cent that didn’t respond.

The Homes for Ukraine scheme was launched on 14 March meaning the first refugees to arrive will reach the six-month mark during September.

Twenty-five per cent of sponsors said they only want to provide accommodation for six months or less, according to an ONS survey of 17,702 hosts. There are currently 86,100 Ukrainians in the UK under the scheme, 48,798 of which had arrived by the end of April.

“We’re going to see building pressures over the next few months and the government actually has no plan. There is zero plan or guidance coming out from the government,” Cllr Nesil Caliskan, leader of Enfield council, told The Independent.

“If we waited for the government to act we would get to six months and we’d risk having loads of people homeless. So that’s why we’re planning our support now.”

Cllr Caliskan said a “big concern” was the affordability and availability of private sector rentals, making it very hard for Ukrainian families to find accommodation.

Cllr James Jamieson, chairman of the Local Government Association which represents councils, urged the government to provide clarity on what happens next.

“Councils, sponsors and Ukrainian guests all need to know what the options are at the end of the six-month initial placement period so they can start planning now.”

“There is a significant risk that – even if rematching is available – many Ukrainian families may need to present as homeless because of a lack of sponsors or other options,” he said.

As of 29 July, 1335 households had presented as homeless to councils – 635 of those were on the Homes for Ukraine scheme. Analysis by Barnados, Labour and the Lib Dems predicts that between 15,000 and 21,000 Ukrainians could be homeless by winter, rising to more than 50,000 by the middle of next year.

“Homes for Ukraine is a really strong scheme but the crisis point now is if we can’t get the refugees into independent housing,” Simone Schehtman, the lead pairer of Ukrainian refugees and hosts in Birmingham, said. “You go to the estate agent to try and get on the property ladder and the computer will just say no; you will fail the credit check and you won’t have a guarantor.”

She urged ministers to allow local authorities to become guarantors of refugee’s rent and warned that if a plan was not put in place soon “six months of hard graft and good will by the British public and the government will become meaningless because we will have a haemorrhaging of homelessness”.

Alistair Carmichael MP, Liberal Democrat home affairs spokesperson, said it would be “a tragedy” if any refugees were forced onto the streets, adding: “Ministers must act now.”

Responding to the concerns, a government spokesperson said they disagreed that there was no plan for the future of the scheme. “The vast majority of sponsors want to provide support for longer than six months and we are working closely with councils to ensure all those who have fled Putin’s war have a safe place to live,” they said.

They emphasised that sponsors will continue to receive monthly £350 “thank you” payments for up to 12 months.

Inna Sukhoraba and her 16-year-old daughter Irynka are being sponsored by a host in Tetbury, Gloucestershire, and have had trouble finding a place to rent for when their placement ends.

Their host, Pilar, told The Independent: “Inna had found a place and was happy to pay six months rent in advance but then suddenly two days later the landlord decided to take somebody else.

“It is very difficult for the Ukrainians who want to be independent and build their lives here. The government needs to give them support to move forward because they cannot be permanent guests. Where we live the rent is very expensive and one day flats come on the market, the next day they are gone.

“As hosts, we feel that we have been sort of abandoned. They don’t have a plan for us or our guests and we are totally stuck.”

Svitlana Stadnyk, who volunteers as a mediator between hosts and Ukrainians in partnerships with National Family Mediation, said she expected to see more cases in the coming months.

“As the autumn comes, and as the six-month end approaches, there will be more and more people who need help resolving conflicts,” she said. “There are varying sources of tension and one is the rising cost of living.

“Many hosts did not receive their thank you payments in time and they are seeing their utility prices go up going into the winter.”

The government provides councils with a £10,500 support fund for each refugee on the Homes for Ukraine scheme, however, they have not yet committed to continuing the payments past 12 months – leaving local authorities unsure where the money will come from after the first year.

Barnsley metropolitan borough council said it was worried about the six-month deadline, primarily due to lack of affordable, available accommodation, while Hampshire County Council said it was seeing “increasing pressure” on its services due to the number of arrangements coming to an end.

East Suffolk Council said that it was concerned that the six-month mark would come at a time when families were facing challenges managing the increased cost of living, while Tandrige District council said it was worried its homeless prevention service would not be able to cope with the increased demand.

A spokesperson for the Department for Levelling Up said: “In the minority of cases where family or sponsor relationships break down, councils have a duty to ensure families are not left without a roof over their head.

“All arrivals have access to benefits from day one and we are giving councils an extra £10,500 per person to cover any extra costs.”

‘I simply could not survive the third night’

On the third night of the war, Inna decided she and her daughter Irynka need to leave. They had been staying with Inna’s parents in Berdychiv, Zhytomyr region and sat listening to the Russian planes flying over their home, petrified that bombs would fall on them.

“The first two nights Russian planes were flying over us and we didn’t know if they were going to drop bombs on us or not. I realised I simply could not survive the third night, so my daughter and I got on the train to Poland,” she said.

While in Poland, she and her daughter found a placement under the Homes for Ukraine scheme but they always knew it would just be for six months.

“I like British people and British culture and I am afraid to go back to Ukraine,” she told The Independent.

Now, four months into the arrangement, she is trying to find a place where she can live independently.

“I was a project manager for the Bank of Ukraine but now it is difficult for me here. For example, I found accommodation for my daughter and I and the first landlord agreed that we could rent the place but then something changed and she changed her mind.”

“Where we live rent is very expensive to start with,” her host Pilar said. “The flats they are looking for, one day it comes on the market, the next it is gone.”

“The Thank you payments that the government gives to the host, why can’t they give that to the Ukrainians who want to be independent?” she suggested.

Inna is keen to find work in the UK but has struggled due to the language barrier.

“I’m working on improving my English and I’m starting a business,” she said. “When I arrived in the UK, British people told me they liked my Ukrainian style and so I thought I could make Ukrainian dresses and sell them here.”

She is financially supporting her sister and her parents back home in Ukraine and still has to pay for the utilities at her Kyiv flat. She is hoping that she will be able to support herself by selling clothes and went to her first market last week.

“The main goal for my business is to support the Ukrainian economy, as well as preserve and spread our culture while I am abroad.”

Gorbachev to be buried in modest funeral snubbed by Putin

‘A country of missing people’: How Russia is vanishing thousands of Ukrainians