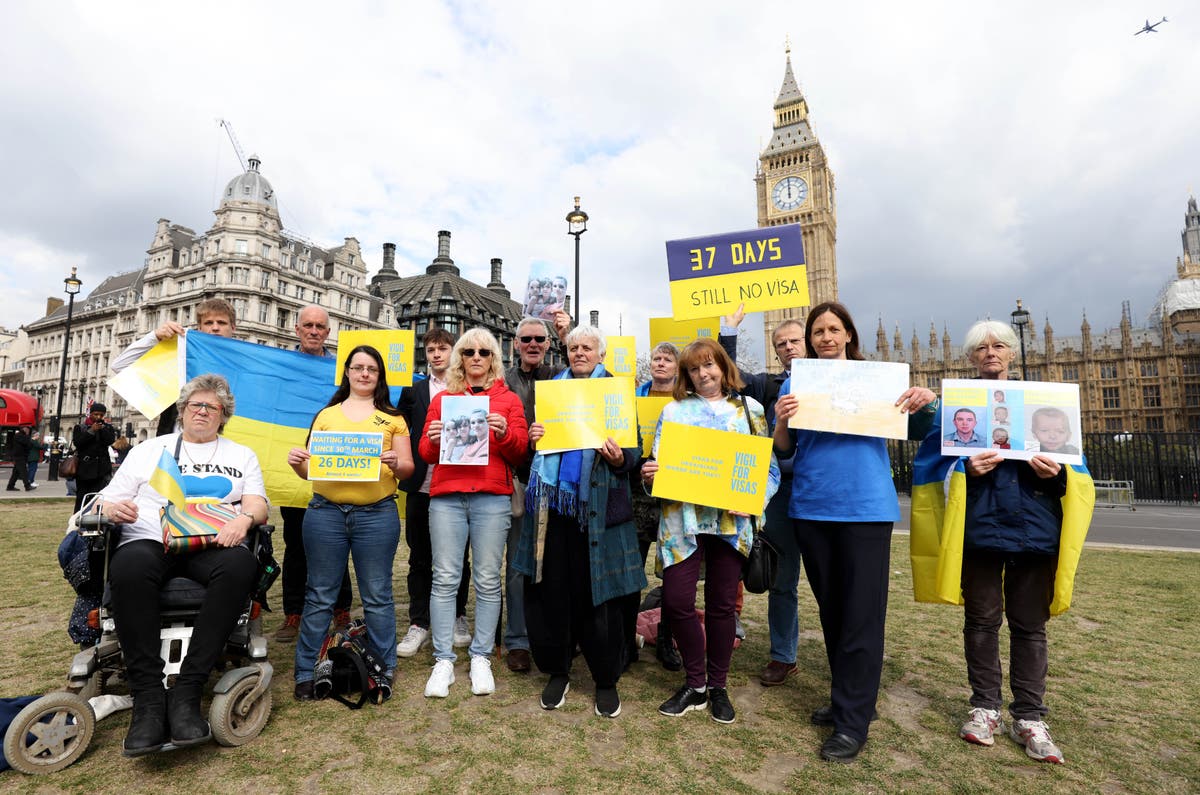 Groups bringing legal action against the Government over “unreasonable” Homes for Ukraine delays have accused it of misleading refugees, UK sponsors and MPs over the progress of visa applications.

Would-be hosts have sent a legal letter to the Home Office over “unexpected, unexplained and unreasonable” delays in processing hundreds of visa applications made in March.

They suggest either the Home Office may be prioritising more recent, simpler applications to “boost” the numbers, and then “boast” about these, or that the policy is “just so incoherent and disorganised” that there is no pretence of processing claims chronologically.

Other areas of concern include MPs being told visas in certain cases have been granted when this is not the case, and sponsors being told cases will be expedited when they have not been.

They also say there are cases where visas and permission-to-travel letters have been granted, but refugees have not been informed or the documents have not been sent or made available to collect.

On Friday the groups sent a pre-action letter informing the Home Office and Government Legal Department they may apply for a judicial review of the policies.

When the legal action was initially announced earlier last week, the Government said it had streamlined the visa system, simplified forms and boosted staff numbers, and it is now “processing visas as quickly as they come in”.

The letter, shared with the PA news agency, says hundreds of mothers with young children are stuck in a “Home Office limbo”, at risk of homelessness and terrified for the male relatives they have left behind.

It reads: “No reasonable Secretary of State could operate a visa policy in such a manner, whereby applications are considered in a random and arbitrary manner, where MPs are misled by the Home Office, where visas are granted but the applicants are not told this, where the ‘helpline’ has no information on applications and progress, where cases are supposedly ‘expedited’ but instead languish, or where notification is sent that visas have been granted, but they remain unavailable at the relevant Visa Application Centre.”

The groups bringing the action are Vigil 4 Visas and Taking Action Over The Homes For Ukraine Visa Delays, and they are represented by barrister Amanda Jones.

A crowdfunder set up to help with legal costs has raised just over £12,000 as of Monday.

They say some sponsors are spending hours every day seeking updates on applications and trying to reassure refugees “stranded in desperate circumstances”.

They have been trying to arrange hotel or B&B accommodation for Ukrainian families in countries bordering Ukraine but this is expensive and in short supply.

They also say there is no ability for the sponsors or the applicants to check the progress of applications, which means any errors or omissions that may stall the process cannot be corrected.

In one case highlighted in the letter, a widow and her three children have been waiting more than six weeks since applying in Poland. They are currently in western Ukraine.

It says: “The mother is not sleeping. The children are anxious.

“One of the children suffers from a pre-existing mental health disorder, significantly exacerbated by the current situation.”

Katherine Klinger, from Vigil 4 Visas, said legal action “is not a step we wanted to take”.

She said: “What we wanted to do was welcome our guests, help them settle in, and enable them to live in a peaceful place while war devastates their homeland.

“We have had no choice, because of the desperate position the applicants are in, the inexplicable delays, and the fact that the Home Office simply does not respond to queries, notify anyone of hitches or problems, or decide visa applications in any rational order.”

The groups have requested a response by 4pm on Tuesday.

Linda Thomas-Greenfield Putin ‘has recognized he has no victory to celebrate,’ US ambassador to UN says