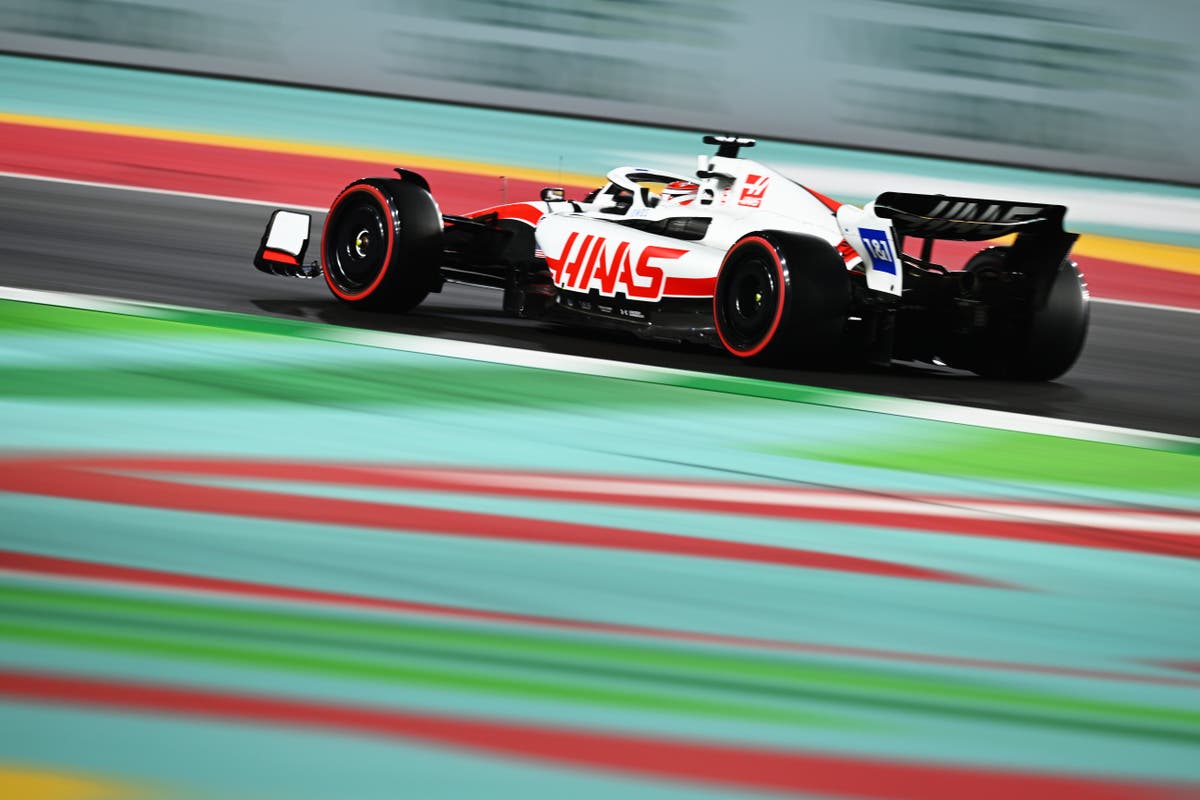 Haas team principal Günther Steiner says “there is interest” in the Formula 1 team from potential new sponsors, after the outfit cancelled its previous agreement with Russian fertiliser firm UralKali over the country’s invasion of Ukraine.

The American-owned team have enjoyed an excellent start to the 2022 campaign, earning points in consecutive races for the first time since 2019.

Their pre-season went far from swimmingly, though, with the UralKali deal cancelled while the team was testing in Barcelona after the sponsor’s oligarch owner Dmitry Mazepin attended a one-to-one meeting with Russian president Vladimir Putin on the day his violent assault on Ukraine began.

Mazepin’s son Nikita drove for the team in a shambolic rookie season in 2021, and his contract was cancelled at the same time. Both the elder and younger Mazepin ended up on the list of wealthy Russians sanctioned by the European Union in response to the invasion.

Steiner insists that, while Haas’ short-term financial future is secure, sponsors are interested in securing a long-term deal which could help the team increase investment.

“I’m not trying to make this up, there is interest,” Steiner said. “It’s just [a case of] going through what you want to do. We don’t want to give anything away cheap at the moment, because we are not this desperate. Everybody thinks we are desperate for a sponsor — we’re not desperate.

“We want something that helps us in the long-term. We have got enough easily to get by now, but you need to [think of] the future as well, and obviously this helps for a sponsor to be on board.”

After joining the sport in 2016, Haas dropped towards the back of the grid and spent the past two campaigns as backmarkers, failing to score a single point. So far in 2022, though, returning driver Kevin Magnussen has scored impressive fifth and ninth-placed finishes which mean that team currently sits fifth in the standings.

Now, Steiner believes the on-track improvement is the reason behind renewed interest from firms.

“I would say some of the people [saw our performances],” the Italian explained. “They all of a sudden got interested. Obviously, the result matters with the sponsors.”

Haas were forced to run just one car at the Saudi Arabian Grand Prix last Sunday, after Mick Schumacher’s horrendous crash in qualifying left them with a potential shortage of spare parts which could have caused problems later on in the season.

The 23-year-old was uninjured after the heavy smash into concrete barrier at Jeddah, and will return for the third round of season at Albert Park in Melbourne, Australia on the weekend of 8 April.

Chelsea sale: No preferred buyer ahead of final bids and meetings with Thomas Tuchel