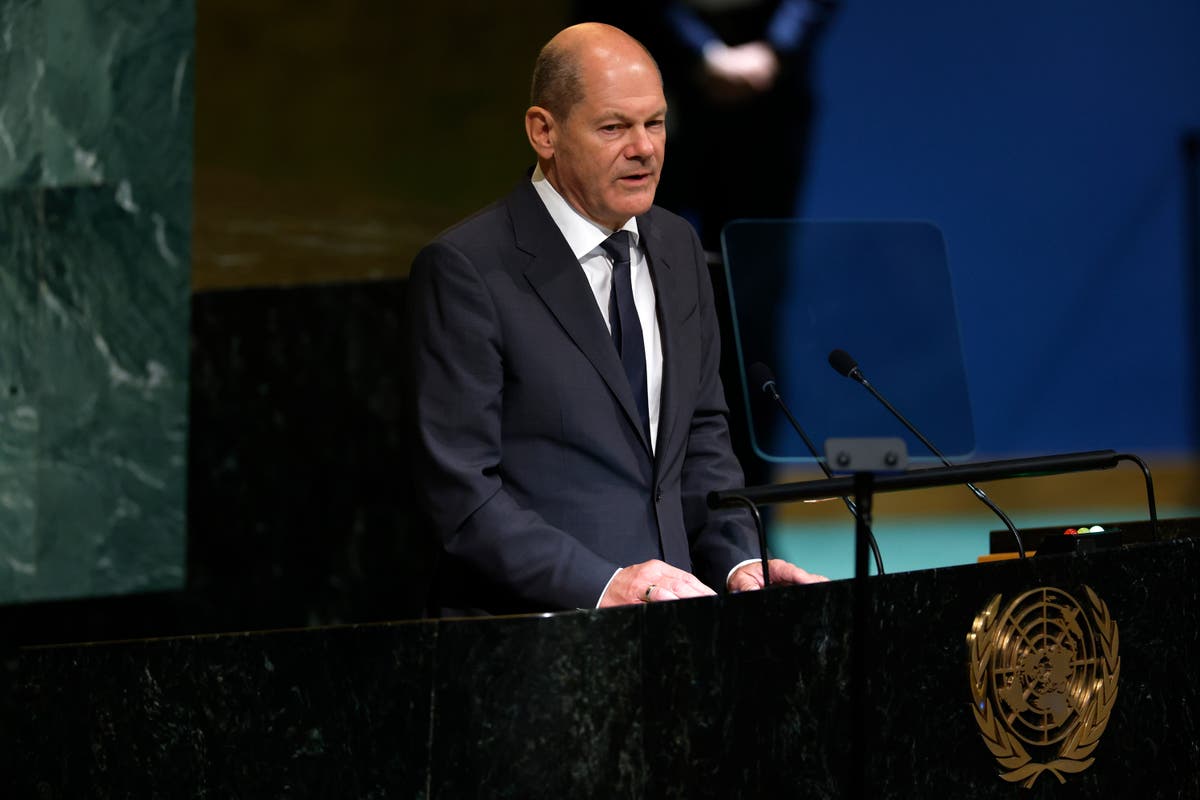 German chancellor Olaf Scholz told the United Nations General Assembly (UNGA) that the world “will not accept any peace dictated by Russia” on Tuesday as he pushed for Ukraine being able to defend itself against the Russian invasion.

The top German leader said Vladimir Putin will only give up his “imperial ambitions”, which pose a risk of destruction to Ukraine and Russia, if the Russian leader recognized that he cannot win the war.

Mr Scholz added that the return of imperialism with the Russian leader’s war on Ukraine is not just a disaster for Europe but also for the global, rules-based peace order.

The UN, the chancellor said, should defend this from those who would prefer a global order where the “strong rule the weak”.

“Do we watch helpless as some want to catapult us back into a world order where war is a common means of politics, independent nations must join their stronger neighbours or colonial masters, and prosperity and human rights are a privilege for the lucky few?” Mr Scholz asked.

“Or do we manage together to ensure the multipolar world of the 21st century remains a multilateral world? My answer, as a German and European, is: we must manage it,” he added.

The German leader said that to better achieve this end, the global south needed to present a greater say in world affairs. The global south is a term used to recognise regions within Latin America, Asia, Africa, and Oceania.

“With greater responsibility would come greater conviction,” he said.

Mr Scholz also announced that Berlin will host a conference on the reconstruction of Ukraine next month.

Germany would help Ukraine with the “enormous cost of rebuilding the country”, Mr Scholz said, underlining the theme of the conference slated to take place on 25 October.