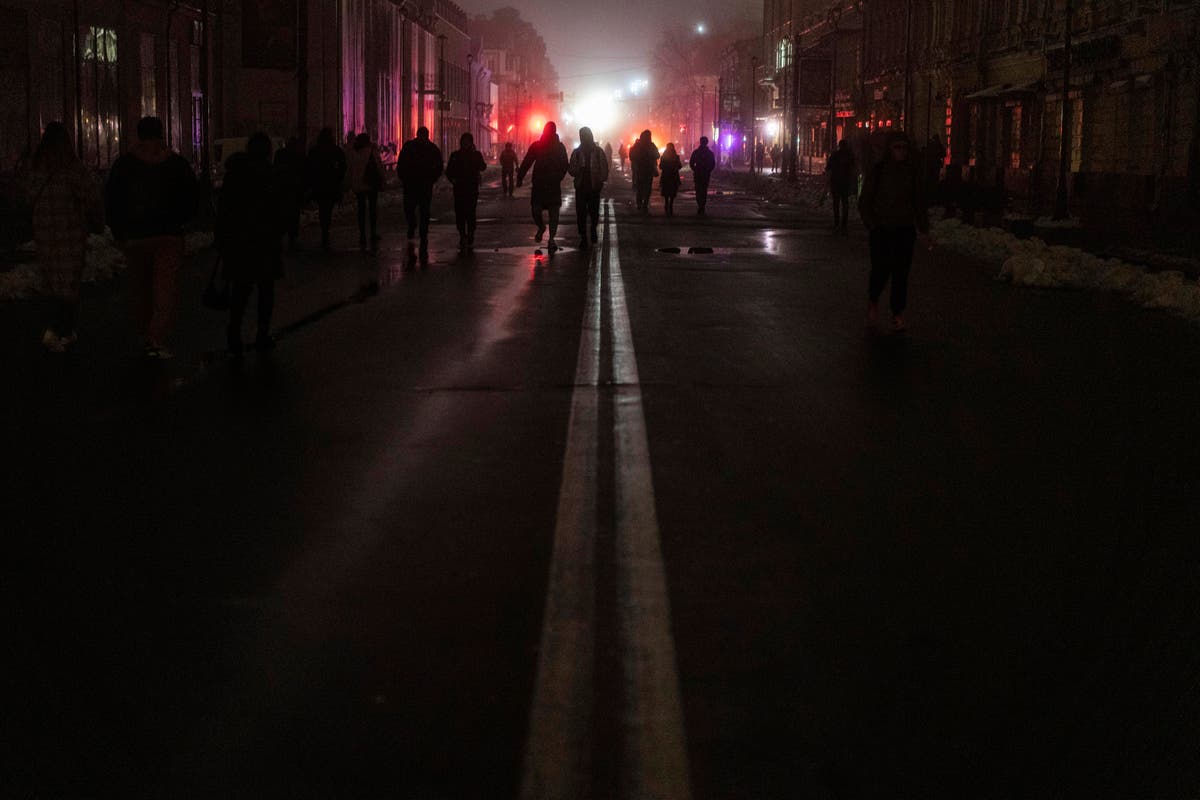 European officials are scrambling to help Ukraine stay warm and keep functioning through the bitter winter months, pledging Friday to send more support that will mitigate the Russian military’s efforts to turn off the heat and lights.

Nine months after Russia invaded its neighbor, the Kremlin’s forces have zeroed in on Ukraine’s power grid and other critical civilian infrastructure in a bid to tighten the screw on Kyiv. Officials estimate that around 50% of Ukraine’s energy facilities have been damaged in the recent strikes.

She said Russia is “weaponizing” winter and plunging Ukraine’s civilian population into hardship.

“Words are not enough. Words won’t keep the lights on this winter. Words won’t defend against Russian missiles,” Cleverly said in a tweet about the military aid.

The package includes radar and other technology to counter the Iran-supplied exploding drones that Russia has used against Ukrainian targets, especially the power grid. It comes on top of a delivery of more than 1,000 anti-air missiles that Britain announced earlier this month.

“As winter sets in, Russia is continuing to try and break Ukrainian resolve through its brutal attacks on civilians, hospitals and energy infrastructure,” Cleverly said.

His visit came a day after European officials launched a scheme called “Generators of Hope,” which calls on more than 200 cities across the continent to donate power generators and electricity transformers.

The generators are intended to help keep essential Ukrainian facilities running, providing power to hospitals, schools and water pumping stations, among other infrastructure.

Generators may provide only a tiny amount of the energy that Ukraine will need during the cold and dark winter months.

But the comfort and relief they provide is already evident, as winter begins in earnest and power outages occur regularly. The whine and rumble of generators is becoming commonplace, allowing stores that have them to stay open and Ukraine’s ubiquitous coffee shops to keep serving hot drinks that maintain a semblance of normality.

Ukrainian authorities are opening thousands of so-called “points of invincibility” — heated and powered spaces offering hot meals, electricity and internet connections. Ukrainian President Zelenskyy said late Thursday that almost 4,400 such spaces have opened across most of the country.

He scoffed at Moscow’s attempts to intimidate Ukrainian civilians, saying that was the Russian military’s only option after a string of battlefield setbacks. “Either energy terror, or artillery terror, or missile terror — that’s all that Russia has dwindled to under its current leaders,” Zelenskyy said.

Elsewhere, Ukrainian officials and energy workers continued their push to restore supplies after a nationwide barrage Wednesday left tens of millions without power and water.

Kyiv’s mayor Vitali Klitschko said Friday morning that heating was back on in a third of the capital’s households, but that half of its population still lacked electricity.

Writing on Telegram, Klitschko added that authorities hoped to provide all consumers in Kyiv with electricity for a period of three hours on Friday, following a pre-set schedule.

As of Friday morning in Kharkiv, all residents of Ukraine’s second-largest city had had their electricity supplies restored, but more than 100,000 in the outlying region continued to see interruptions, the regional governor said.

In the south, authorities in the city of Mykolayiv said that running water was set to start flowing again after supplies were cut off by Russian strikes on Thursday.

Follow AP coverage of the war in Ukraine at: https://apnews.com/hub/russia-ukraine