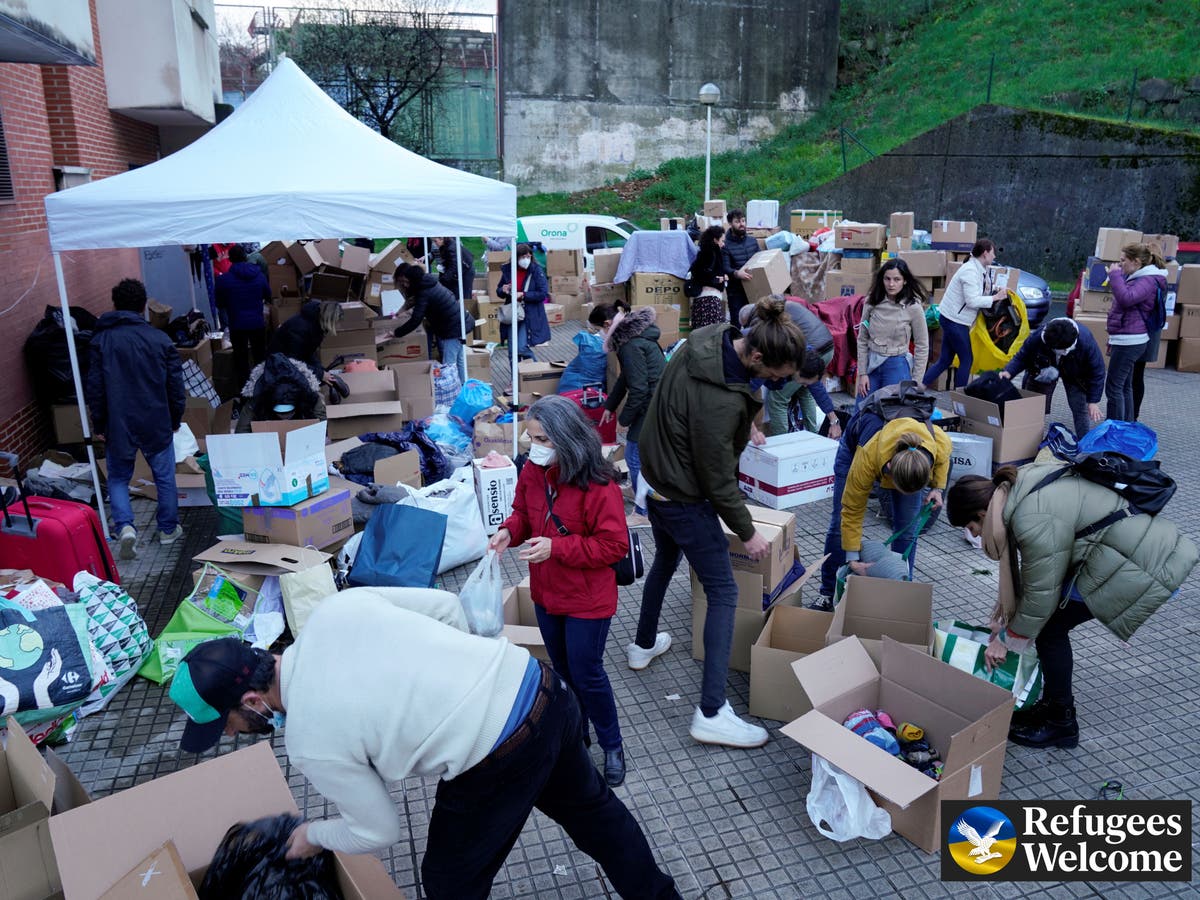 When we see the images and videos coming out of Ukraine, it’s hard not to want to help as hundreds of thousands of refugees, mainly women and children, flee for their lives. But charity professionals know all too well that in many instances, good deeds often lead to bad outcomes.

A stark example of this was the Haiti earthquake of 2010. Aid flooded in from all over the world and created an infrastructure bottleneck that seriously hampered – rather than help relieve – efforts, costing countless lives.

Yet sadly, the worst was yet to come. A cholera outbreak, which was probably introduced by United Nations peacekeepers, killed thousands more Haitian earthquake survivors, at the rate of up to 50 people a day. We must not make the same mistake with the Ukrainian refugee crisis.

Many professional responders now adhere to the doctrine of effective altruism. This is an international movement which seeks to make aid and humanitarian relief more effective, both in terms of what is delivered and how many people in need of humanitarian assistance are reached.

Refugee Support Europe has adopted this initiative and over many years working as a specialist refugee support charity, has built up the necessary knowledge, infrastructure and skillsets to deliver the required humanitarian assistance to refugees.

The Independent has set up a petition calling on the UK government to be at the forefront of the international community offering aid and support to those in Ukraine. To sign the petition click here

Now, our expertise is needed like never before as Europe faces an unprecedented exodus of millions of people. The UN refugee agency says that more than a million people have fled Ukraine since the war began, with millions more on the move. We’re initially sending in a team of our most highly-experienced people to Romania and Moldova, two countries which have not yet seen the same level of humanitarian support as Ukraine’s other neighbours, like Poland.

So where does this leave us as a humanitarian organisation, and, more to the point, how can we work with people who want to help but are unsure about how to do the right thing? Well, despite being incredibly well-intentioned, I’d advise people to avoid donating food and second-hand clothes. The TV news footage of communities coming together in village halls and school gyms to sort out tins of food and blankets may give all of us a warm, fuzzy feeling inside, but when it comes to actually organising that aid, the reality can be very different.

All too often these items may not be what is actually needed. What’s more, they’re costly to transport abroad and they soak up too many human hours of effort to sort and package. With this in mind, it’s far better to donate to a trusted organisation on the ground. This enables charities to buy what’s needed locally, and in doing so support local economies, which are often heavily impacted with having to accommodate large influxes of refugees.

It also helps charities to be agile so that they can respond to specific needs as and when they arise, be it the right food, clothing, toiletries, medicines or other life essentials. In other words, financial donations enable us to provide what is actually needed, but, just as crucially, when it’s needed. Shipments of items from countries hundreds of miles away seldom contain what’s required.

We know this approach works. We’ve applied it for over seven years in refugee camps in Greece harbouring refugees fleeing the war in Syria, as well as in Bangladesh and Mexico. We’ve also pioneered our Aid With Dignity approach which recognises that being a refugee strips you of all human dignity, and as a result how we operate and deal with people is driven by trying to restore that sense of self-worth and mutual respect as much as possible.

This is why we support The Independent’s Refugees Welcome campaign, as we value the safety and dignity of refugees first and foremost.

When it comes to doing the right thing in a humanitarian crisis, good intentions are one thing but delivering good outcomes is something else entirely. Sometimes, how you do aid is just as important as the aid itself.

The Independent has a proud history of campaigning for the rights of the most vulnerable, and we first ran our Refugees Welcome campaign during the war in Syria in 2015. Now, as we renew our campaign and launch this petition in the wake of the unfolding Ukrainian crisis, we are calling on the government to go further and faster to ensure help is delivered. To find out more about our Refugees Welcome campaign, click here

Where can I donate items for Ukraine and which items are most needed?