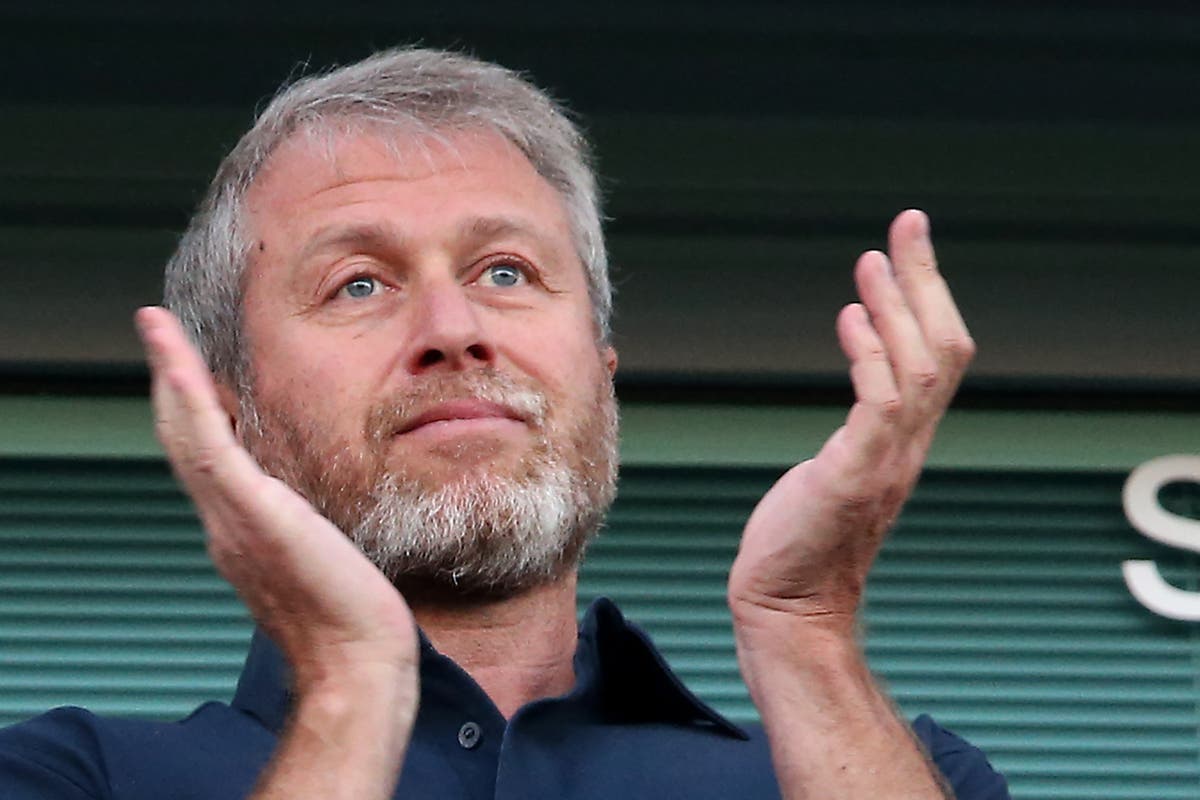 A British prisoner of war held by Russian-backed forces in Ukraine has expressed his disbelief on being welcomed by Roman Abramovich on his luxury jet.

John Harding is one of the five British prisoners who were released after Saudi Arabia brokered an exchange between Russia and Ukraine.

The British nationals had an emotional return to the UK after spending six months in captivity by Russian separatists.

Mr Harding said the UK-sanctioned billionaire businessman Abramovich had played a “key part” in their release and described him as a “lovely guy” and a “legend” in an interview with The Sun.

The former Chelsea club owner “treated them like royalty” in a drastic switch from their previous life of being beaten regularly in cramped cells.

“He’s [Abramovich] well respected by Ukrainians and massively by us now, too – he’s done a hell of a lot for us and we couldn’t thank him enough,” Mr Harding said.

“He was a sound bloke, a really lovely guy. He’s a legend – we absolutely love him and I’m so grateful for his efforts.”

Mr Abramovich had welcomed the former prisoners onboard his jet that had earlier flown them from Russia to Saudi Arabia, reported The Sun.

It is understood Mr Harding was set free on Wednesday along with Shaun Pinner, Aiden Aslin, Dylan Healy and Andrew Hill.

The British nationals touched down at Heathrow Airport in the early hours of Thursday morning and reunited with their families.

Mr Harding said Mr Pinner told the businessman during the flight that he really looked like Roman Abramovich and he replied saying, “That’s because I am him, sir”.

“He couldn’t believe it.”

“Shaun was chatting away to him about football for a long time and I was speaking to his assistant,” Mr Harding continued.

“She said Roman had played a key part in getting us back. It’s quite extraordinary to think he was involved — and I wouldn’t have even been able to tell you who he was by looking at him,” he said.

He added they were each handed iPhone13s to talk to their families and enjoyed meals of steak, canapes and tiramisu on the flight from Russia to Riyadh.

Mr Abramovich announced he would sell Chelsea on 2 March, following Russia’s invasion of Ukraine. He was sanctioned by the UK government on 10 March, with Downing Street claiming to have proven his links to Vladimir Putin.

Mr Harding, who was serving in Ukraine as a medic with the 2nd Battalion of the Azov Regiment, was captured in May when Russian forces took over Azovstal Steelworks in the besieged port of Mariupol.

Recounting his horror, he said he was kept in three jails during his capture and said guards used to punch and kick him and jumped on his body, breaking most his ribs and leaving him passing blood when urinating.

“That was the worst moment — the way they treated us was appalling. In my head I just told myself, ‘I’ve been hit harder by my sister’. If I’d have known how we’d be treated before we surrendered, I would’ve stayed and set up a sniper’s nest and just tried to take a few of them out before I got killed,” he said.

In a statement released by the foreign office, Mr Pinner is said to be “in good spirits” and “is looking forward to steak and a glass of red wine” following his release.

A court in the self-proclaimed Donetsk People’s Republic had sentenced Mr Pinner and Mr Aslin to death in July.

In a picture released by the foreign office, the ex-British Army soldier was pictured beaming with joy surrounded by family after his return.

“It’s a very emotional time as you can expect and we are unable to currently discuss so early in his release any details fully. It’s been a harrowing time for Shaun and our family which has now had such a happy resolution,” the statement from the family read.

“We are now enjoying some family time and would appreciate the privacy at this moment.”