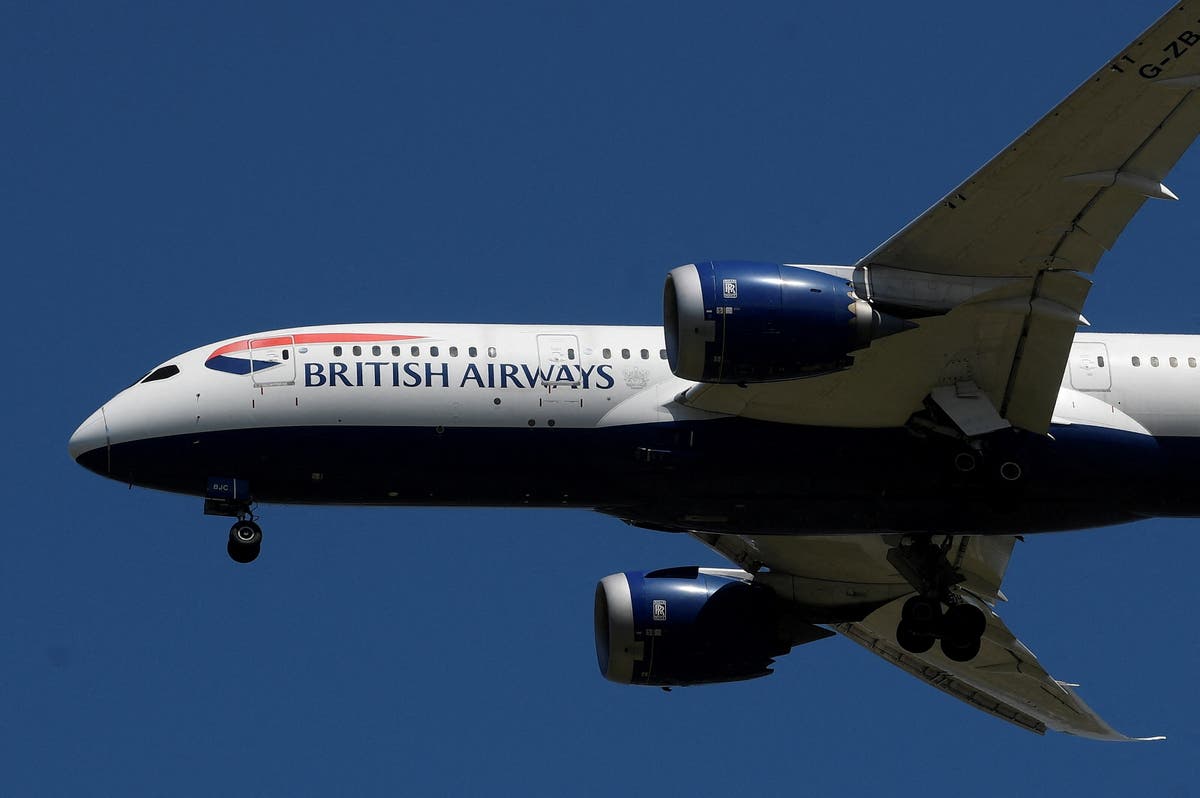 British Airways flights were hit by major disruption on Friday evening after the airline suffered what it said were “significant technical issues”.

A number of flights due to depart from London Heathrow were delayed or cancelled, according to the airport’s departures board, and videos posted on social media showed lengthy check-in queues.

However inbound British Airways flights appeared to be landing without problem.

A spokesperson for the flag carrier said flights were still operating and passengers were being checked in.

They said the airline was “working hard to resolve a technical issue” after its website and app appeared to be down.

In a statement British Airways said: “We are experiencing significant technical issues this evening which are affecting the running of our operation and regrettably has led to the cancellation of a number of flights.

“We are working as quickly as possible to resolve things and we have back-up plans in place so that customers flying can still check-in at the airport this evening. We apologise that this might be slower than usual, but we are doing everything we can to get as many of our flights away as planned.

“We are sorry to our customers, it’s been a very difficult week and we can only apologise for any further disruption they may experience this evening. We are doing all we can to ensure that we provide up to date information about what is going on. We will make decisions about our operation tomorrow as soon as we can and notify affected customers of any changes.”

The airline denied the disruption was linked to a cyberattack, amid heightened fears that such a situation could occur following Russia’s invasion of Ukraine.

Britain’s National Cyber Security Centre (NCSC), a part of the GCHQ eavesdropping intelligence agency, had warned companies and organisations to bolster their online defences against cyberattacks after Russia invaded Ukraine.

“We are aware of a technical issue that British Airways are investigating and we will be working with them to provide updates to passengers as soon as they are available.”

Users on Twitter posted messages asking the airline when the problem would be fixed, with one customer showing a video of lengthy queues at check-in for what he said was a Miami to London flight, while another user posted pictures of blank screens.

“@British_Airways can you please just give your customers an update?” one person said on Twitter.

Another wrote: “Really shoddy @British_Airways for leaving plane (2775) full of passengers on the tarmac at LHR for over an hour since landing with zero news about the buses supposed to be coming to liberate us. Please help…”

British Airways was hit by separate systems failures earlier this week, and suffered a major computer crash in 2017 that stranded 75,000 passengers.