Boris Johnson: Where does he stand in the pantheon of modern British prime ministers? 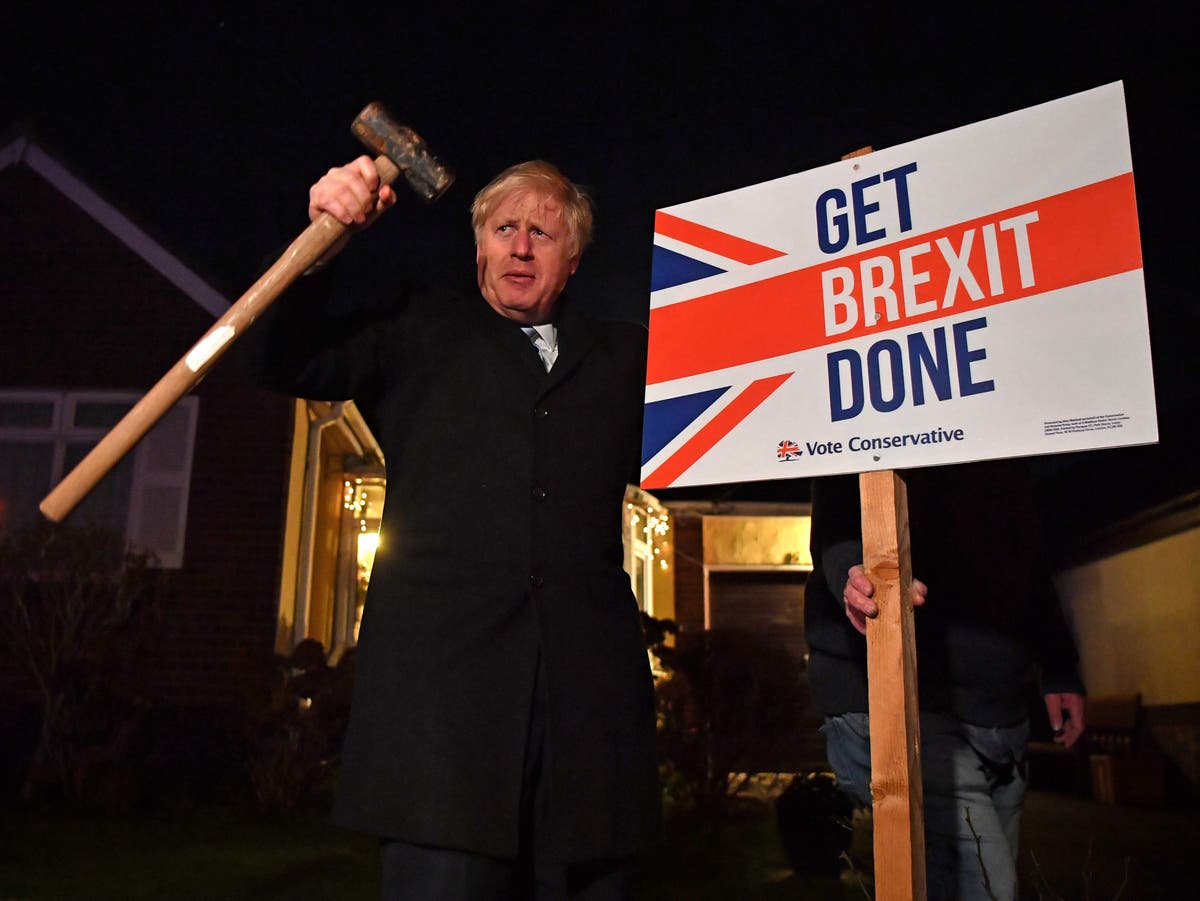 The jury’s out”, to use a fashionable phrase, on Boris Johnson’s position in a notional league table of prime ministers – and almost literally so, as the House of Commons committee of privileges is yet to deliver its verdict on whether Johnson knowingly misled parliament about Partygate.

If they find that he did – and the judgement will likely be a bit fuzzy – and, basically, that he was indeed guilty of lying to MPs, then that is traditionally a resigning-in-disgrace matter. Of course, he’ll no longer be PM, but he would be under moral if not political pressure to quit the Commons, though one of his defining characteristics, as we have learned, is his ability to ignore such influences.

The best that I think Johnson can probably hope for is some ambiguous, hedged criticism of him, but even that would be unprecedented among prime ministers and would push him much further down the rankings. He is also, after all, the first serving prime minister to have been given a fixed penalty notice for a criminal offence. He is far from the first to encounter controversy in the way he manages his relationships with party donors (Tony Blair was interviewed under caution in Downing Street about “cash for honours” and David Lloyd George was notorious for selling baronetcies and peerages), but “Wallpapergate” did nothing to enhance Johnson’s reputation.

Given the multiple breaches of lockdown laws on his watch, the unlawful prorogation of parliament, censure by his own ethics advisers, the bungling of the Dominic Cummings, Owen Paterson and Christopher Pincher scandals, plus other scrapes, it is clear that conduct in office and personal morality are not Johnson’s strongest suits. Rarely has No 10 more resembled a medieval court.

Yes, you might argue, but the public never minded about any of that. They knew they weren’t getting a saint. Johnson’s private life was an open book, and not a particularly uplifting one. His ministers and some of his MPs fussed about such things, and that’s why his premiership was so short – but didn’t he get the big calls right? What about Brexit?

This will always be Johnson’s strongest case to be placed high up in the listings. Brexit does indeed define his place in history, with the 2016 referendum and the 2019 general election marking the twin peaks of his career. But again, there is… context.

Winston Churchill, Margaret Thatcher and Clement Attlee are usually placed by historians at the top of the prime ministerial charts because their premierships were not only relatively long and eventful, but ones in which much was achieved and the face of the nation changed, in ways we are still living with (for good or for ill). They are, mostly, unsullied by major personal scandals or lapses of judgement.

Just below the usual titans come those who were also in power for many years and achieved much, but whose flaws were more prominent – Lloyd George (scandals), Blair (Iraq), and HH Asquith (poor wartime leadership). Others were in power for an impressively long time, won elections against the odds, and did little actual harm, but also left a surprisingly scant legacy – John Major, Harold Wilson, Harold Macmillan, Stanley Baldwin, James Ramsay MacDonald. David Cameron’s six years in office might also fall into that middling category were it not for his overconfident belief in his ability to win the 2016 Brexit referendum. It was his project, and he has to own the consequences.

Then there are those whose premierships were both short and disastrous, who routinely finish towards the bottom of the pile because of catastrophic personally driven policies – Anthony Eden (Suez) and Neville Chamberlain (appeasement).

Johnson will rank higher than those two, because it is, being generous, not yet obvious that Brexit is a national humiliation on quite the same scale. Johnson’s premiership should probably be ranked as the mirror image of that of Edward Heath (1970-74). Heath also found his time in Downing Street cut short, and his time in office marked by inflation, economic stagnation and growing industrial unrest, and was eventually disowned by his party. But for decades, no one could take away his signature historic achievement – leading the UK into the European Community on 1 January 1973. Well, that is, until Boris Johnson came along.

There was more to Johnson’s premiership than Brexit, sleaze and scandal, but nothing that would elevate him to the first or even second rank of the holders of the highest elected office. The response to Covid-19 was certainly more chaotic and weaker than it could or should have been – but the coming public inquiry will determine exactly how wanting it was, and in what ways (if at all) Johnson can be held personally responsible for lost lives. As far as can be judged now, he dithered and delayed about imposing lockdowns, and NHS Test and Trace was an unmitigated disaster; but he made a bold decision to fund a British (not EU) vaccine programme at maximum speed, and, unusually, appointed highly competent individuals to drive it forward.

The pandemic, to be fair, because of its impact on the public finances, also destroyed any chance Johnson had of succeeding in the expensive programmes he initiated, such as “levelling up” and “build back better”. The housing crisis is as bad as ever, and public services are demonstrably weaker than when he took office in 2019.

The other “big call” Johnson supporters claim he got right was supplying arms and financial and moral support to Ukraine. If Johnson has any claim to Churchillian vision, then this is it. On the other hand, any other leader from his party, or Keir Starmer, would have done much the same thing, though with fewer trips to Kyiv. Still, Johnson deserves credit for this role, though the Ukrainian refugee resettlement scheme, like the Afghan one, doesn’t seem to be working that well. He can also legitimately say that he did his best at the Cop26 summit to make net zero a practical proposition; but he failed, by his own standards, on migration.

So Johnson’s premiership was short, but undeniably more consequential than those of Theresa May and James Callaghan, who also spent about three years in No 10. It’s tempting but wrong to throw the much-maligned Gordon Brown’s name into that pot, for the simple but outstanding reason that he saved the global financial system with his 2008 plan, much copied, to nationalise broken banks rather than try to prop them up by lending or giving them money. Brown, like most prime ministers, had a poor reputation after leaving office (and Gillian Duffy didn’t help), but he deserves his rehabilitation now. He was probably superior to Johnson.

Unlike Brown, May, Callaghan, Heath, Alec Douglas-Home, Bonar Law, and others with brief spells in office, Johnson was a proven election winner, and his unexpected triumph of an 80-seat parliamentary majority in 2019 was the best result for his party since at least 1987. On balance, a prime minister who is good at winning elections is superior to one who doesn’t. Yet Johnson soon enough turned into an election loser, with local election and spectacular by-election losses that played a major role in his fall. One of the few consolations in Johnson being sent off the pitch for his early bath is that he can always claim that he was removed by his own party and not by the people. His unbroken winning record, stretching back to when he challenged Ken Livingstone for mayor of London in 2008, still stands.

That, then, would leave Johnson towards the top of the third class of prime ministers. He’s clearly not in the Churchill or Thatcher first class, and his personal flaws and precipitate fall from power mean he’s demoted below the likes of Blair and Wilson in the second division. Brexit and his election success secure him a place above May and Cameron in the next cohort, but, given Brexit’s as yet unseized opportunities, below Brown. Even his harshest critics would surely concede that Johnson didn’t do quite as much damage to the national interest as did Eden and Chamberlain.

In many ways, Johnson is lucky to find himself around the middle of the historical pack, but that jury, the privileges committee, chaired by Harriet Harman, could well relegate him to closer to the bottom of the league, particularly if he finds himself ejected at a by-election in Uxbridge. That would make a rumoured comeback, already fanciful, rather harder to engineer.

One other compensation for Johnson is that his successor is shaping up to be even worse than him. It is almost as if Liz Truss had been promoted by Johnson as someone who, in his worst-case scenario of his own ousting, would be bound to make him look good. Her place in history awaits.

Boris Johnson farewell speech: How the UK prime minister became the architect of his own downfall