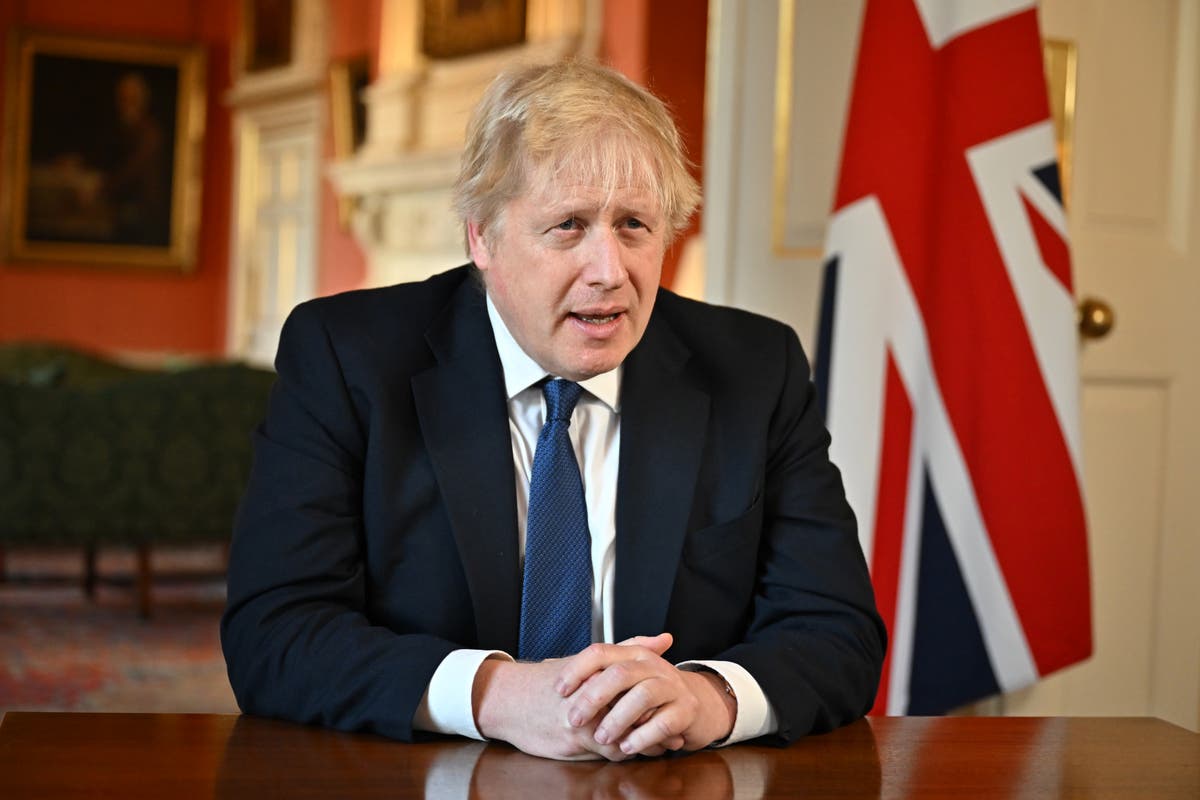 Boris Johnson has addressed a message directly to the people of Russia, saying in Russian: “I do not believe this war is in your name”, as the UK prepared to impose sanctions on Vladimir Putin and foreign minister Sergey Lavrov.

In a video posted on social media on Friday evening, the prime minister also spoke Ukrainian after urging an end to the conflict “because the world needs a free and sovereign Ukraine”.

It comes just hours after No10 confirmed Mr Johnson was ready to implement restrictions targeting Russia’s leaders, after already imposing a slew on sanctions on the country’s oligarchs and banks on Thursday.

The EU also imposed fresh sanctions on Friday afternoon as states agreed to freeze any European assets of Mr Putin and Mr Lavrov.

Earlier today Mr Johnson told leaders of the UK-led Joint Expeditionary Force (JEF) that more support must be given to Ukraine “as a matter of the greatest urgency”.

He agreed with the the leaders of Iceland, Norway, Denmark, Finland, Sweden, Estonia, Lithuania, the Netherlands and Latvia that more sanctions are needed to hit Russia, including targeting Mr Putin’s inner circle.

Putin’s assault on Ukraine will change London forever. It shouldn’t have taken this long

Intense pressure from activists — and Kremlin belligerence — has improved Britain’s laws in recent years. But the UK runs a hologram anti-money laundering system: it looks real from a distance, yet you can walk right through it, writes Ben Judah.

The Royal Opera House have cancelled a tour from Russia’s Bolshoi Ballet following the crisis in Ukraine.

The Moscow-based ballet company, who were set to return to London this summer, has been called off as Kyiv was hit by air strikes and Russian fighters closed in on Kyiv, the capital of Ukraine.

It comes as the Kremlin was also stripped of two prestigious events to be held in their country.

The Champions League football final in May has been moved to Paris and September’s Formula One’s Russian Grand Prix has been cancelled.

“Unfortunately, under the current circumstances, the season cannot now go ahead.”

Hundreds gather in Belfast to denounce invasion of Ukraine

Hundreds of people in Belfast have protested against the Russian invasion of Ukraine.

Ukrainian, Russian and Belarusian nationals were among the crowd gathered outside City Hall on Friday evening.

You can read the full story below.

Boris Johnson tells Russians in video message: ‘I do not believe this war is in your name’

Boris Johnson has addressed a message directly to the people of Russia, saying in Russian: “I do not believe this war is in your name”.

In a video posted on social media, the prime minister also spoke Ukrainian after urging an end to the conflict “because the world needs a free and sovereign Ukraine”.

He said: “The scenes unfolding in the streets and fields of Ukraine are nothing short of a tragedy.

“Brave young soldiers and innocent civilians are being cut down, tanks are rumbling through towns and cities, missiles raining indiscriminately from the skies.

He added that it was “a generation or more since we witnessed such bloodshed in Europe”.

The Transport Secretary said he has extended a UK flight ban on Russian aircraft to include private jets.

The Government previously announced it was banning Russia’s flag carrier Aeroflot from landing in the UK.

Grant Shapps tweeted: “Putin’s actions are unlawful and anyone benefitting from Russia’s aggression in Ukraine is not welcome here. I’ve strengthened our ban in the UK so that no Russian private jet can fly in UK airspace, or touchdown – effective immediately.”

‘London shines bright tonight in solidarity with our friends in Ukraine’, says Khan

Sadiq Khan tonight said that “London shines bright tonight in solidarity with our friends in Ukraine.”

The Mayor of London added on Twitter: “We stand shoulder to shoulder with Ukrainians here in London and all over the world. You are not alone.”

Russia ‘failed on day one’ of their Ukraine invasion, UK defence secretary says

Russian president Vladimir Putin is proving to be the “Hitler of the 21st century” with the invasion of Ukraine, Ireland’s deputy premier Leo Varadkar has said.

“We knew that Putin was a bad man, we’ve known that for a long time now,” the top government official told RTE Radio One.

Mr Varadkar said: “But we didn’t think that he would be the Hitler of the 21st century, and I think he’s putting himself into that space.”

Comparing the Putin’s regime military aggression to rise of the Nazis, he added: “The last time I can think of that happening in Europe is in the 1930s and I think we should see this conflict in that context.”