Banksy to sell 50 ‘unique’ screenprints to raise funds for Ukraine 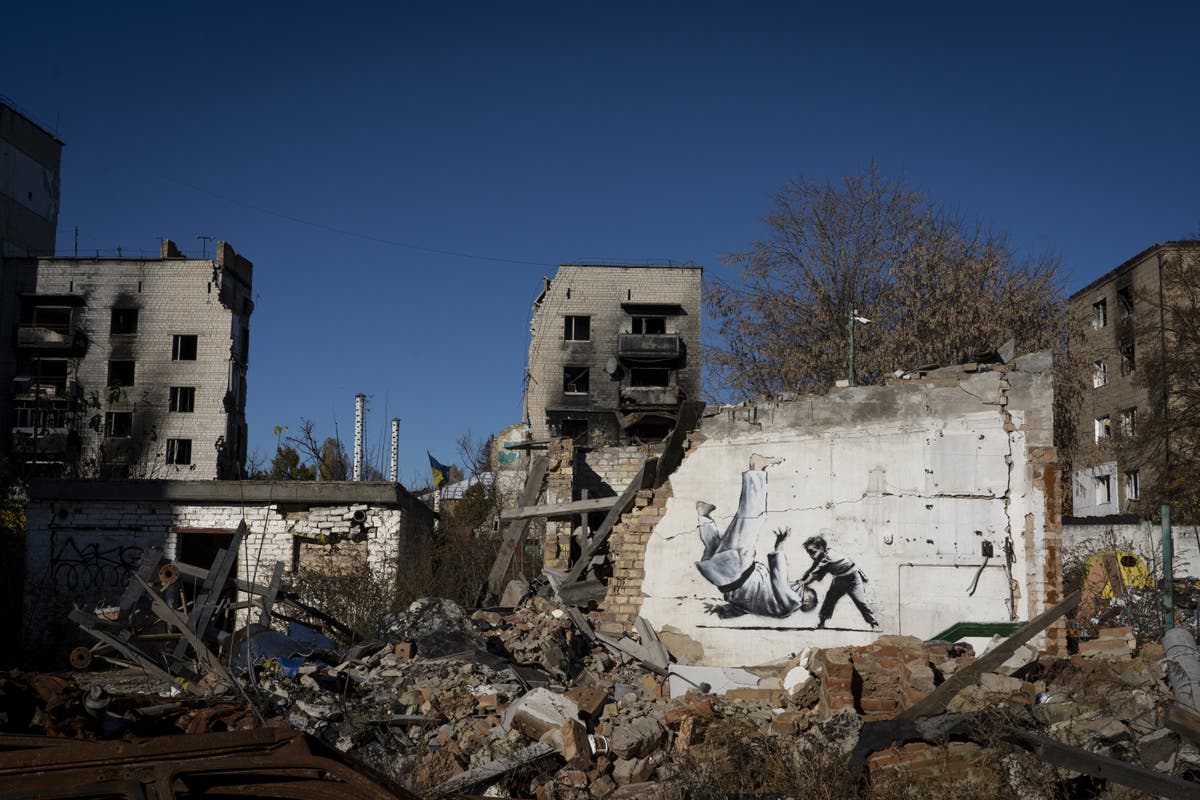 Banksy has revealed they have made 50 screenprints which will be sold to raise funds for a charity supporting the people of Ukraine.

The anonymous graffiti artist announced the project with the Legacy of War Foundation on Instagram, who will be using the £5,000 from each sale to purchase vehicles to evacuate citizens from the war-torn country and provide heating to communities facing a difficult winter.

Each print is signed and numbered and depicts a white mouse scratching out the word “fragile” which is branded across a piece of a cardboard box.

The charity noted that each print is “unique” as during the production process, Banksy attacks each one with a sharpened pizza cutter to create the scratching effect.

In a statement on the Legacy of War foundation website, Banksy said: “In Ukraine I saw a Legacy of War team sweep in and provide medical attention, heaters, fresh water and a friendly face to some very desperate people in a bombed out building.

“They also lent me one of their ambulances to work from, which turned out to be extremely useful when an angry babushka found me painting on her building and called the Police.

“I feel the least I should do is raise enough money to replace the number plates on the ambulance I hotted up.”

The prints will be limited to one per customer and will cost £5,000 (plus applicable taxes) and those that wish to purchase one must register their details by December 16 on the charity’s website.

Successful applicants will be selected by a computer and will be sent details of how to complete their purchase.

Giles Duley, chief executive of Legacy of War Foundation, said: “With the funds raised from this print sale we will immediately be purchasing new ambulances and support vehicles.

“These are needed in Donbas for the continued evacuation of persons with disabilities, the elderly and civilian casualties.

“We will be sending generators, gas heaters and solar powered lights to communities who are facing the brutal winter without electricity.

“And we will be able to continue our support for shelters in Kyiv for women and the LGBTQ community.”

Banksy previously confirmed they had spent time in Ukraine after posting a video of an artist spray-painting designs in the war-torn country and speaking to locals.

Speculation had been mounting about the Bristol-born artist after a series of murals had appeared in the town of Borodyanka, near Kyiv, in their signature style.

One mural depicted a man resembling Russian President Vladimir Putin being flipped during a judo match with a little boy.

Another showed two children using a metal tank trap as a seesaw, while a third depicted a female gymnast balancing on a damaged building.