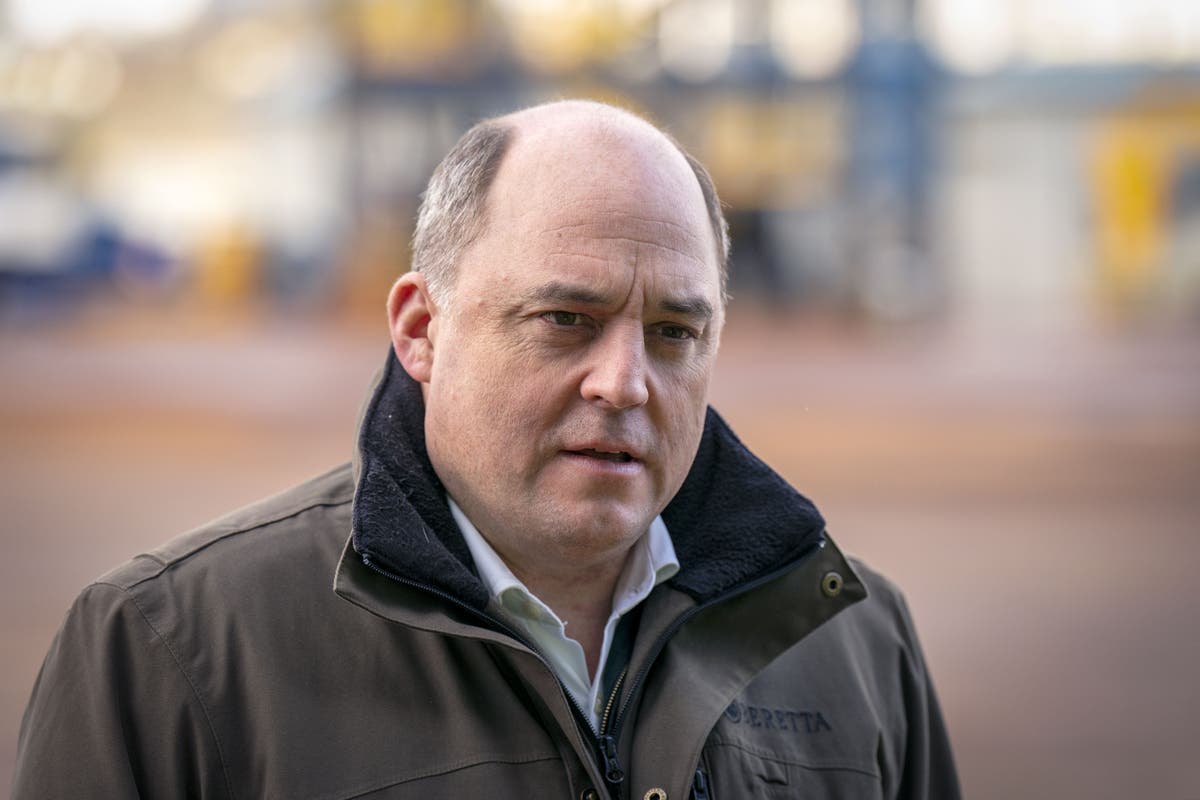 Russia’s bombardment of critical infrastructure in Ukraine is a sign of Vladimir Putin’s “desperation”, Ben Wallace has said.

The Defence Secretary said the Russian president is targeting Ukraine’s power grid and other civilian infrastructure to “mask” his military failures.

Ukraine’s energy facilities have been pounded by a barrage of Russian missile strikes, causing blackouts and leaving millions without heat, power or water as temperatures plummet.

Speaking during a visit to a shipyard in Glasgow on Friday, Mr Wallace said Ukrainians must “press the momentum to keep pushing Russia back”.

He added: “On the civil front, they’ve got to protect that national infrastructure that Putin is deliberately targeting in the hope that he wrecks their economy and it means they struggle very greatly during the winter.”

He noted the illegality of targeting civilian infrastructure under international law, adding that “we’re not going to let that type of bullying and brutality be successful”.

The Defence Secretary continued: “Part of this targeting does show he’s got a sense of desperation that his army is not being successful.”

Mr Wallace pointed to Moscow’s recent withdrawal from Ukraine’s southern city of Kherson, the only regional capital captured by Mr Putin’s army during the invasion to date.

It is also “interesting” that a slew of Russian commanders have been fired, he added.

He said: “So I think to mask that Putin has been just trying to blow up people’s infrastructure.”

But Mr Wallace warned against underestimating the Kremlin.

He said: “Russia is a country that at the moment does not care about its own people and which young men it sends to their deaths, and it will just keep on pushing those people in.

“I think it’s really, really important that we show international commitment and support and solidarity for Ukraine.”

Earlier, British defence experts said many Russian troops are being compelled to serve in Ukraine with “serious” health problems, while those forced to build trenches under fire are likely to have suffered “particularly heavy casualties”.

A number of “common themes” are emerging in the experience of Moscow’s mobilised reservists, according to the UK Ministry of Defence, with their deployment often characterised by “inadequate” training and personal equipment.

Foreign Secretary James Cleverly was visiting Kyiv on Friday, and promised President Volodymyr Zelensky that the UK will commit “action – not just words” in its support of the war-torn nation.

Opinion: Sarah Palin lost the battle, but won the war